The merits of a waterfront park at the Wildflower site are no longer in question. In preparing the candidate profile on Armand Grossman, however, YouTube video interviews on the internet from 2016 and 2017 reveal Mr. Grossman’s position on this question; reveal that his vision for the site was a restaurant for the limited at the exclusion to the waterfront of the public-at-large. He goes on to say that residents were wrong; that commercializing the Wildflower site would have been the better outcome; and that Boca Raton has enough parks and no need for another at the Wildflower. Along with revealing this anti-resident bias, his complete misunderstanding of the referendum language is vividly apparent.

One has to wonder how a new Boca Raton City Council candidate running for office expects to win over the voters by telling nearly 28,000 of them that they were wrong in voting to preserve the Intracoastal Waterfront parks for recreational purposes. Good Luck with that!!!!

This article presents some updated information regarding Wildflower Park progress. The tracker graphic included toward the end of this article has been updated accordingly. Past update articles are included for reference in Attachment 1. Following is a brief update discussion on each of the recently completed and remaining open phases.

The park was officially opened on Monday, November 27, 2017 and was temporarily enhanced for Holiday Boat Parade viewing on December 16, 2017. 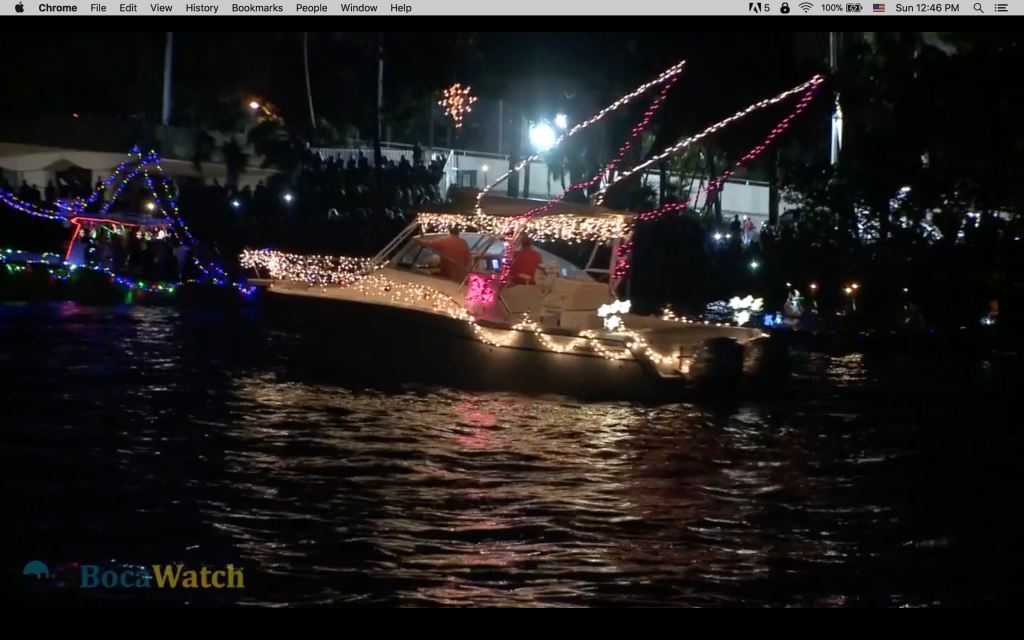 The City’s consultant on the waterfront study, EDSA, presented their report and conceptual master plan at the December 11, 2017 City Council Workshop Meeting. Links to the presentation slides and a video of the presentation can be found on the City web site at:

EDSA recommends enhancing the downtown waterfront in multiple phases. The first phase focuses on Wildflower Park and the design concept is depicted in the following two figures. 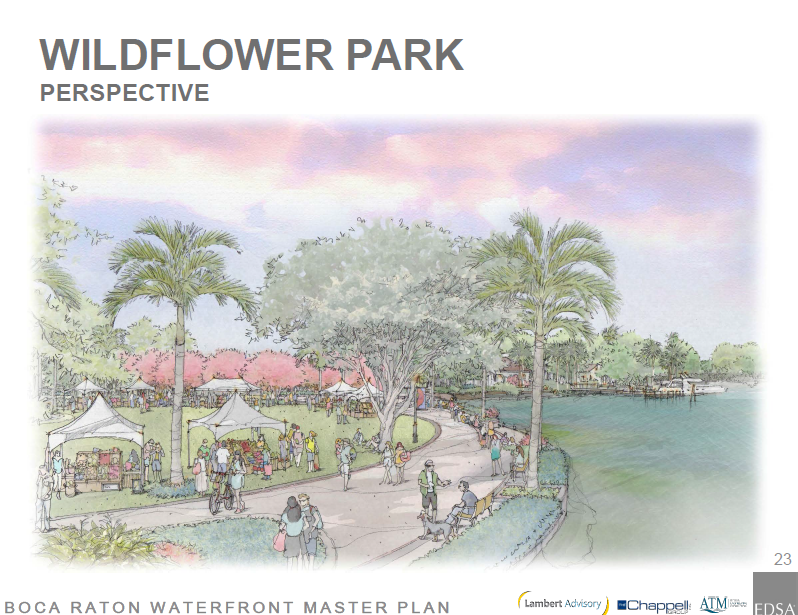 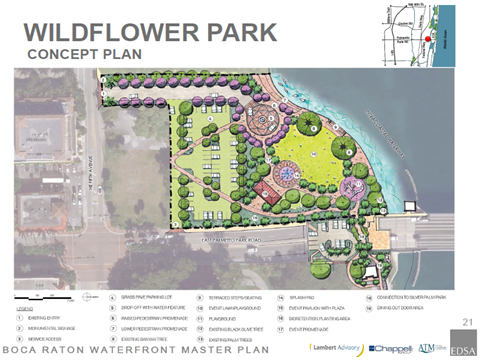 It is our hope that Wildflower Park will be so spectacular that it will be one of the top attractions in Boca. Visitors will be informed by family and friends that they must see the park when in town. TripAdvisor reviews will boost the park into a top position in “Things to do in Boca Raton.”

The City Council has decided that the development of Wildflower Park is the highest priority in the comprehensive waterfront study. As indicated in the progress tracker below, Task 1 – Conceptual Master Plan is now complete and the study is now focusing on Task 2 – Implementation Master Plan. EDSA is scheduled to present information on Task 2 at the February 12, 2017 City Council Workshop Meeting. Task 2 involves implementation details regarding construction, costs, schedules, etc. The City Council must then provide direction to City Staff on how to proceed on Task 2.

The City is still receptive to suggestions from residents on designs, so please submit your ideas to coastalmgmt@myboca.us. 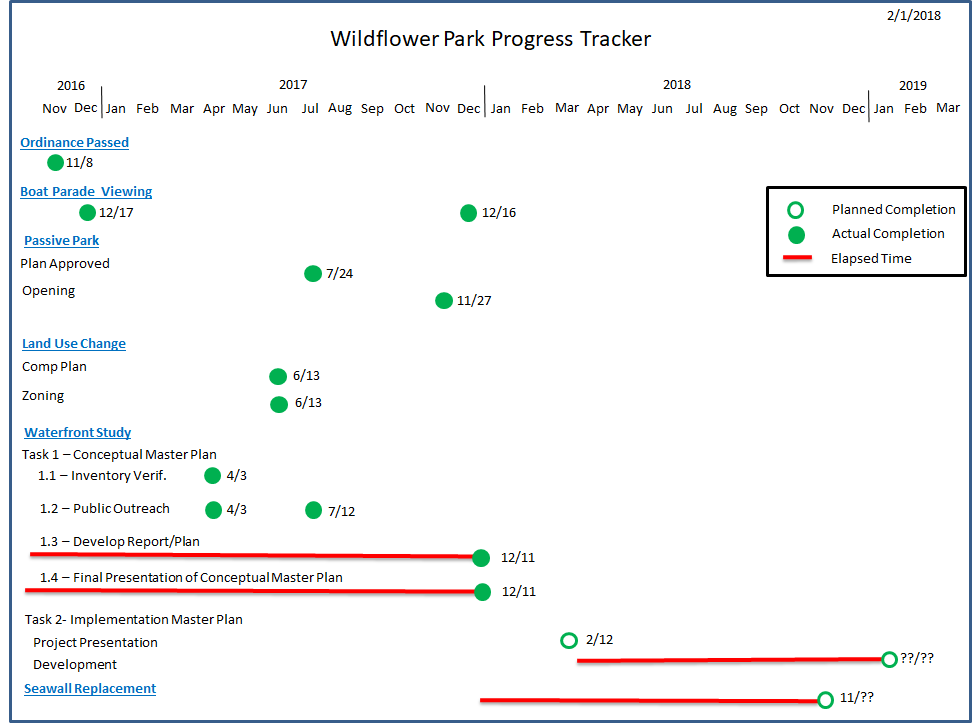