Let’s briefly go over the city’s “outreach” history regarding use of the Wildflower property.

*Four months ago residents voted 67% to 33% in favor of recreation on city-owned Intracoastal Waterway lands. This was in response to the city council stating their desire to “know what the residents wanted.”

If this was an individual human behavior, repetitive outreaching might be diagnosed as a personality disorder; but there are five city council people doing this. Outreaching is good, but excessive outreaching on the same subject without decisions is a problem.

The city council changed the comprehensive plan and zoning of Wildflower Park to commercial last summer anticipating that the November initiative referendum would fail. Well that didn’t happen and the designations need to be changed to recreation to reflect the strong message sent by residents in the referendum. This is what the residents want. Get on with it!

As recommended in last week’s tracker update, Tuesday March 14 is a great opportunity to elect resident friendly, action-oriented city council members. Do it! 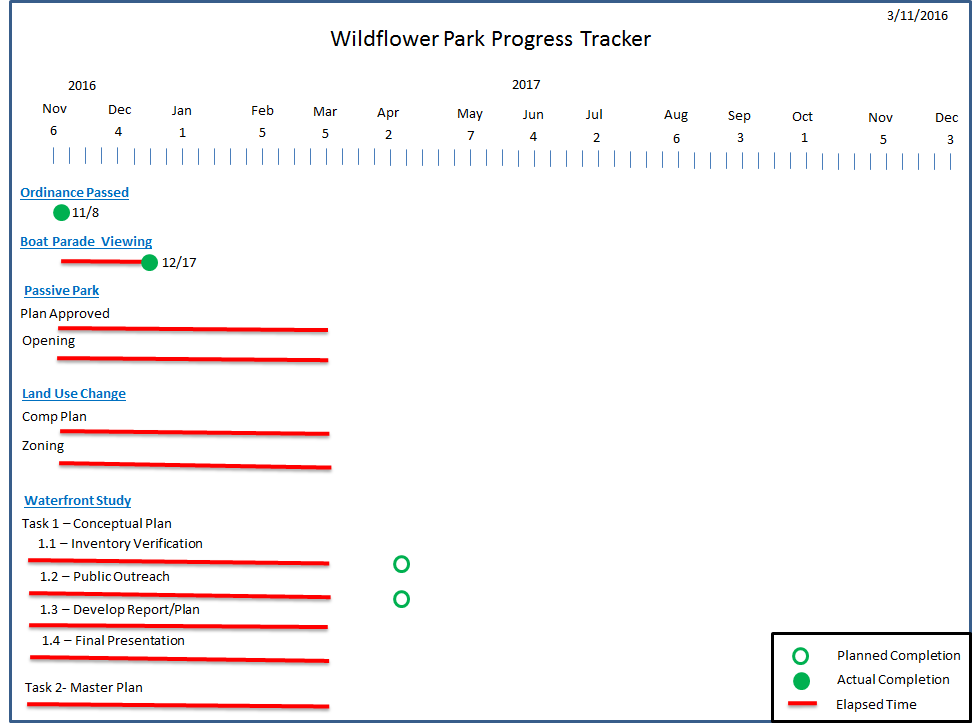