*Seven years ago the city purchased the Wildflower parcel for $7.5M

As of this writing no plan exists to do anything with the Wildflower site. It’s as useless as it was seven years ago. So if the city council can’t come up with a plan for this, what are the chances of them:

Are you ready for the answer…wait for it…the chances are ZERO!

So below is the updated Wildflower Park Progress Tracker showing no progress since the last update. No new actual milestone completions and no planned dates to complete milestones. On August 10, 2016 the city agreed to pay EDSA $99,383 for Task 1 of the comprehensive waterfront study. By January, 2017 EDSA should have completed an inventory of waterfront lands and held a public outreach for residents’ ideas. Seen anything?

We usually recommend contacting your city council members and asking them to do something, but in five years that hasn’t worked. They don’t listen to residents. Our recommendation now is to vote the current city council members out of office on March 14th and vote in resident friendly candidates. 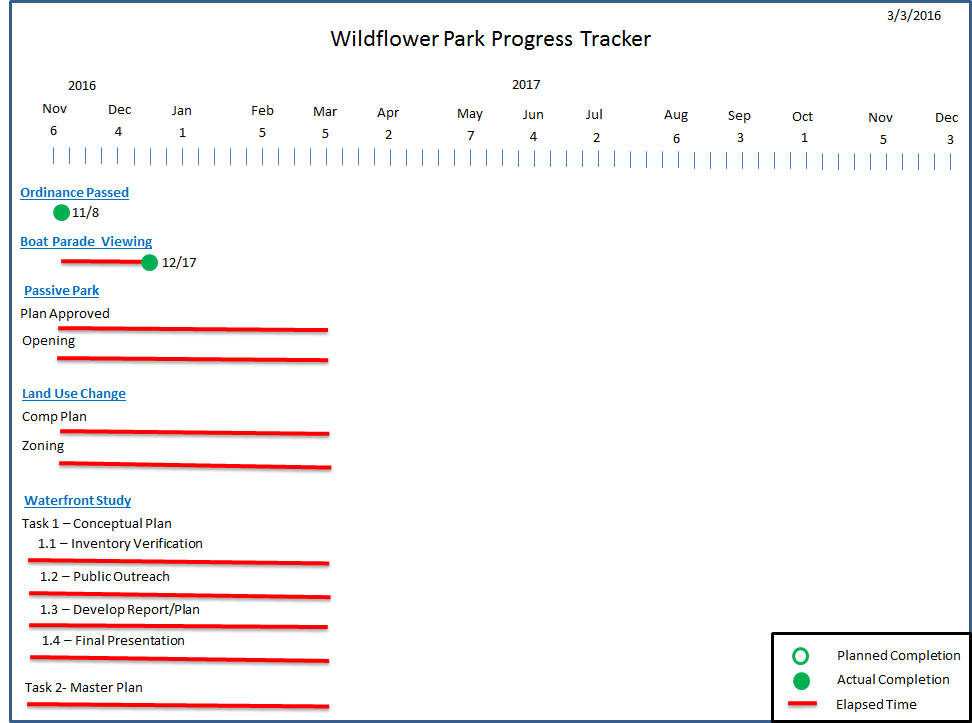