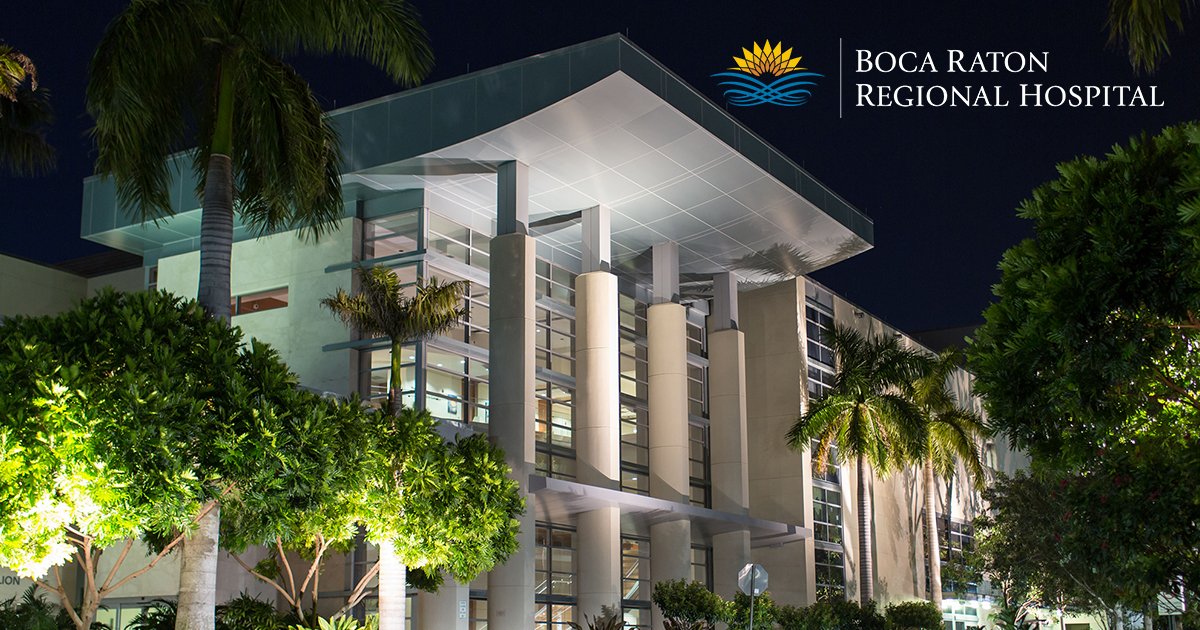 Along with his comments about the 50th Anniversary of this iconic Boca Raton institution and his planned retirement for August, 2018, President Fedele announced and outlined the hospital’s directional compass potentially defining the path from the present to the hospital’s future.  Outlined in June was the decision of the BRRH’s Board of Directors to embark on redefining its vision and seeking partnering opportunities with some other, perhaps larger, hospital system.

President Fedele’s comments then were general in nature and preliminary as the hospital Board was just beginning this expansive search.  What was then realized and remains true to this day is that BRRH’s posture as a single hospital system is only one of the two remaining such institutions in the county and that efficiencies of scale are operating at a disadvantage.  Also realized is the remarkable success that BRRH has experienced in the past decade; a success needing expansion through a significant infusion of new capital.  Then as now, President Fedele spoke about the ‘culture’ of BRRH and the philanthropic character of our incredibly giving community.

Today, 8 months later, BRRH’s Board of Directors remain committed to the search and even more committed to an open and transparent search process.  President Fedele participates in many community outreach efforts.  He has crafted a series of presentations both inside and outside the hospital structure.  He is addressing the concerns of staff, medical professionals, doctors and administrators.  He has presented overviews to the business and government officials and is open to such presentations to resident organizations upon invitation.  Perhaps most impressive is, at the direction of the BRRH board, he has developed a list of community leaders to help inform the public of the hospital’s search efforts and to try to keep rumors and misinformation from casting shadows over the hospital’s process.  Search criteria have been developed.  Partnership objectives defining the vision now are in place.  A nationwide outreach has begun and responsive interested systems are being evaluated.

Since the June interview, with the full participation of the board, President Fedele, along with board members Christine Lynn and Dick Schmidt have hosted get-togethers for community leaders to attend.  Although only mildly attended, the information shared is extremely worthwhile.

Monday evening this week was the latest of these reach outs.  Shared with the attendees was the status of the search to date; next steps for culling the interested respondents; a reaffirmation of the hospital’s objectives; and, a continuing commitment to the public process.

What comes across loud and clear in these presentations is the Board’s resolve for the betterment of the hospital and recognition that the time to seek such an expansion could not be better.   There can be no doubt that BRRH is an attractive institution.   Negotiations are always better when entered into from a position of strength.  Numbers do not lie….BRRH is successful; it is in one of the most giving communities in all the United States; and is busting out at the seams.

Timelines suggest that the culling process will continue through the next 2 to 3 months.  Once reduced to a manageable number, negotiations designed to result in a working Memorandum of Understanding addressing issue such as capital contribution, merger logistics, naming circumstances and, amongst many other things, the surviving cultural and philanthropic institutional personality.  President Fedele stated that the ‘hard work’ for the BRRH’s Board is still in the future.  He stresses that no outcome is predetermined and that there is an open mind to what may be the final decision, including but not limited to taking no action at all.

What is encouraging is that the Board’s determination to keep the public informed is refreshing and welcomed.  Everyone invited to participate with President Fedele and the BRRH Board should.  Community leaders have an obligation to become educated on the future of what is one of our community’s outstanding gems….

Thank you to President Fedele for my invitation to participate and to hear the progress in virtual real time.