Contained here in this article are the insights and thoughts of Jerry Fedele, President and CEO of Boca Raton Regional Hospital and the person in charge of leading this institution through efforts to evaluate the hospital’s position in these changing times in medical care.  Adding intrigue to the process is the additional announcement that Mr. Fedele will be retiring from his position at the end of  August, 2018  to explore other options while enjoying his permanent residence here in the city of Boca Raton.

When asked about the hospital’s future and his own, he stated, “I want great health care.  After leaving this position, I and my wife will remain residents of Boca Raton.  Boca Raton Regional Hospital will be our primary health care provider.  So, for me and for the community, insuring that the community has the best medical care possible is a prime directive, a directive that I take extremely serious.”

Boca Raton Regional Hospital (BRRH) has come a long way from its early beginnings in 1967.  Started in response to the personal tragedy of the hospital’s inspirational founder, Gloria Drummond, Boca Raton Community Hospital proceeded down the path of providing health care services in the early days to this seasonal, sleepy town, while Boca Raton was beginning to realize its regional and strategic importance in south Palm Beach County and, later, in the greater geographic area of southeast Florida’s Gold Coast; to wit: Dade, Broward and Palm Beach Counties.

Blessed with being located in one of the country’s greatest philanthropic communities, today’s institution is respected nationwide for the quality of its medicine, its branded centers of excellence ; its medical education initiatives; and its impacts, medically and economically, on the community within which it exists.

Presented here are the thoughts of BRRH’s President and CEO, Jerry Fedele, a well- respected community leader in the Boca Raton hierarchy.  Mr. Fedele was recruited to the community dating back now to 2008.  With a legal background (19 years practicing law in the medical/hospital arena), Jerry was contacted by the community hospital’s then chairman, Dick Schmidt, to interview as a ‘turn around’ specialist for a struggling community hospital with serious losses in its operation’s efforts.  The efforts, at that time, were to determine a strategic plan for the future of this hospital; a strategic plan to look into the immediate future and a vision for how the hospital was to survive and grow within the community.

Present to the Future

Upon arrival in fiscal year 2008, Mr. Fedele faced serious challenges.  With operating losses in the $120 million dollar range, he determined that this local community hospital had great potential in a community of unmatched philanthropy.  From 2008 thru 2010 he undertook the challenge of stabilizing the hospital’s finances and developing its strategic plan for growth.   With financial stability achieved in 2010, Jerry spent the next year outlining his plans for the evolution of this community hospital into a medical icon of today; the institution we, residents, in Boca Raton are privileged to enjoy.

Beginning in 2012, the community hospital took on a broader purpose and scope.  Renamed Boca Raton Regional Hospital (BRRH), the institution proceeded to expand its medical services; add academics; and progress to its current development status.  During this period and fueled by the community’s incredible philanthropy, BRRH’s physical campus and has greatly improved. 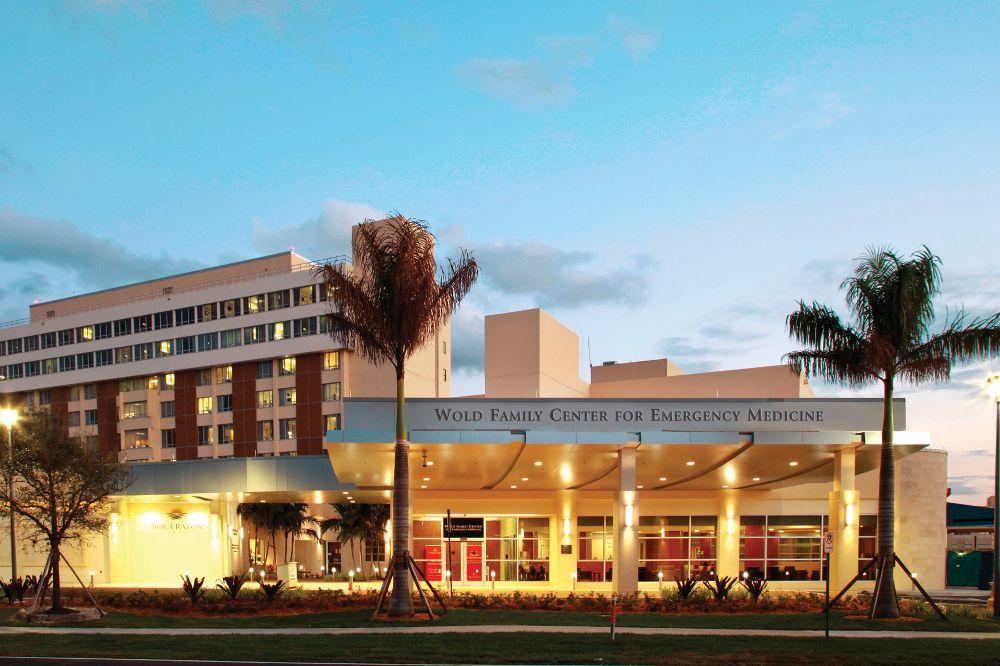 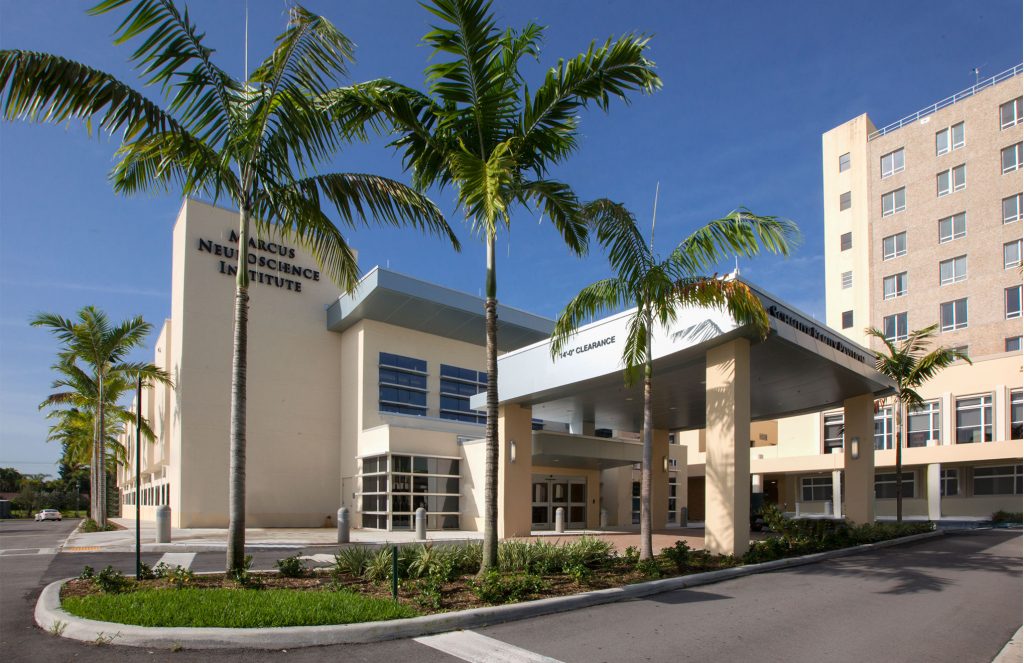 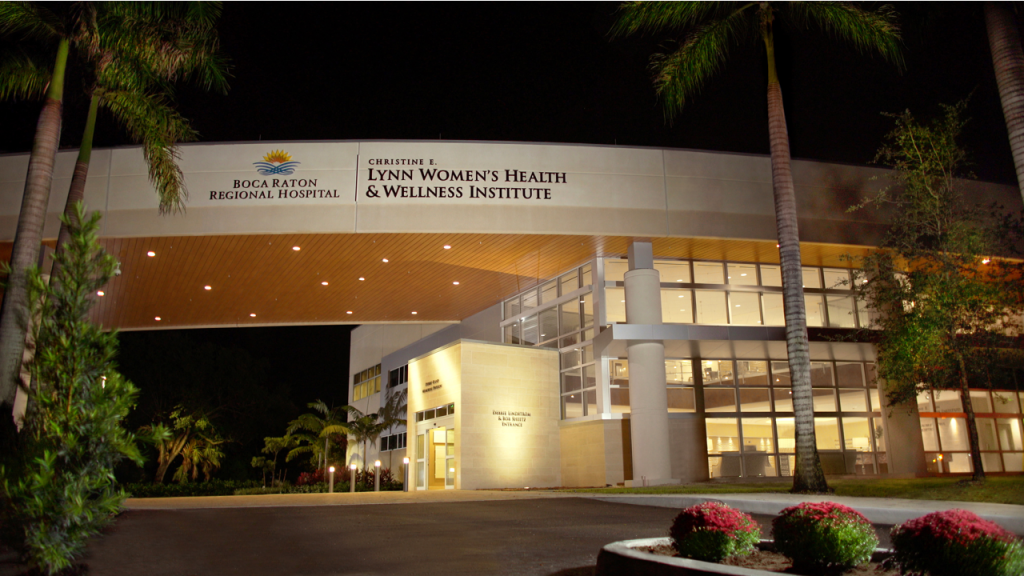 The medical impacts also have achieved significant advancement.  In June 2008, the hospital had some 100 patients under care.  Today, June 2017, the hospital is at full capacity, caring for some 320 patients; a 200% increase in the 9 years under Mr. Fedele’s leadership.  Today BRRH’s Foundation Board enjoys financial stability with over $150 million dollars in reserves and the Foundation Board is in the process of a capital campaign to raise a quarter of a billion dollars for the creation of a new bed tower and state of the art operating rooms.  Upon completion of this aggressive expansion, the current tower will be renovated increasing BRRH’s capacity to provide medical care regionally and, perhaps, nationally.

Such expansion raises concerns for community and resident(s) impacts.

Today, the physical campus for BRRH extends from its current location along both sides of 13th Street to Glades Road.  There is no intention to increase the physical campus; no intention to increase the footprint required for BRRH’s planned expansion.  Currently pending in City Hall is a Master Facility Plan outlining this expansion of parking, buildings, and a new power plant.

In a recent application for expanded parking facility, the hospital extended efforts to meet with and satisfy the concerns of neighborhood residents.  The results of these communications in City Council two (2) weeks ago was to amend the parking site plan to reduces the impacts on concerned residents and increase the cost of this parking facility with some $1 million dollars of additional aesthetics preserving the surrounding communities look and sense of place.  Clearly this is a demonstration that BRRH values it community relationships and its institutional responsibility to ‘do no harm.’

On the flip side, the economics across the board are significant.  Of the half billion dollar anticipated revenues for fiscal year 2018, $250 million dollars is earmarked primarily for human resources.  Employing some 2,800 people makes BRRH one of the largest employers in the region.  BRRH has other large economic impacts in the surrounding community.  Not calculated are the economic impacts of indirect and induced employment figures.  Indirect employment is employment realized from the hospital’s spending with suppliers and service providers.  Induced employment is the impacts that third party businesses’ payrolls have on spending patterns in the marketplace.  (Publisher’s note: It would be interesting to have that economic analysis measured as it is this writer’s opinion that the 2800 jobs number would be significantly increased.)

On June 19th, Boca Raton Regional Hospital issued a press release announcing its plans to explore strategic partnerships for its future with the institution looking to accelerate and elevate its position as a preeminent academic regional referral medical center (BRRH to Explore Strategic Partnership Press Release).  When asked about the timing of a potential strategic partnership, Mr. Fedele stated with certainty that “Independent hospitals are challenged.  Efficiencies of scales enjoyed by multi location hospital systems are not available to the independent hospital.”  He continued to point out that larger systems can spread costs out system wide while BRRH has to absorb all the demands being imposed by the changing medical environment.

Technology demands, medical records, human resources, and other escalating costs present challenges to the independent hospital system.  He further pointed out that of the approximately 30 hospitals in Palm Beach and Broward Counties, there are only two independent hospitals.  Today these two may be termed dinosaurs, left; to wit:  Boca Raton Regional and Jupiter Medical Center.  Perhaps that fact alone dictates the need to explore a strategic partnership.  Finally, he presents the fiscal reality that at least two-thirds of BRRH’s revenues are ‘Medicare’ driven and with 10,000 baby boomers a day entering into the ‘Medicare’ system, hospital capacity and cost need to be considered to preserve and insure the future of quality medical care in the marketplace.

To begin, CEO Fedele states that the purpose of the exercise is to “predict” where health care will be in the next decade.  Medicare was instituted in 1965 with entitlements attaching at 65 years of age and participating expectancy of 5 to 7 years.  Today, Medicare participation remains at 65 but participating expectancy is extended significantly with the national average age reaching 80 years old; with that being perhaps higher in the Boca Raton area.  He points to his “three strike” rule about Medicare: 1) People living a lot longer; 2) people collecting/ consuming very expensive healthcare; and 3) Baby boomers entering the marketplace.  Hence the need to look into BRRH’s immediate and long range future.

Of course, with this announcement, questions and concerns have begun to rise.  The approach authorized by the hospital’s Board of Trustees is to provide for full transparency with the process and for the protection of this valuable community asset.  Mr. Fedele has been dispatched to respond to all concerns; concerns from within the medical community and outside the medical community.  Concerns for the preservation of BRRH’s independence and autonomy; continuation of its relationship with FAU’s medical school; with the preservation of jobs for the local resident; continuation of its quality of care basically from “birth to death” ; and the concern for being a good neighbor to the residents in Boca Raton .

To insure these and other concerns, Mr. Fedele has been assisting the Board to identify those items that are important to BRRH and the community at large.  Once ‘our’ interests are defined, further efforts will be made nationally for a strategic partner that would be interested in working within ‘our’ negotiated parameters.  The Board is early in this process but, according to Mr. Fedele, is committed to continue down the road with BRRH’s objectives as the leading items rather than those of the interested suitor.  Hence, the timing may be perfect.  BRRH is at the top of its game; it is a valuable asset that will attract significant interest and with all things remaining the same, BRRH is in a stronger negotiating position than it might be in a different economic environment or geographic location.

To date, Mr. Fedele has met with the internal interested group representing the doctors (over 800), management and support staffs, and community leaders.   With this interview, he will begin the public outreach to address residents, neighborhood associations, business leaders and government officials.

Issues yet to be determined include but are not limited to outside oversight, an overriding preference for non-profit systems, continuity with academic endeavors including but not limited to FAU’s Medical School, and philanthropic assurances.  So far, Mr. Fedele indicates that although concerns are being raised, the general reaction is positive and that the interests groups remain open to the process and appreciative of the approach.

The Board of Trustees’ vanguard committee to initiate this strategic planning process is made up primarily of Chairwoman Christine Lynn, former Chairman Dick Schmidt and Healthcare professional Peter Baronoff.  BocaWatch thanks these leaders and all of the Trustees for their concern within the community; for their leadership in insuring the future of health care in Boca Raton; and for allowing Mr. Fedele to interview with BocaWatch in the beginnings of what will be a very broad community outreach to define the future of BRRH.

To the BocaWatch reader….BRRH and its Board are demonstrating a ‘resident friendly’ community approach in exploring this very complex determination.  BocaWatch will continue to follow this evolution to keep you, the resident, informed.  Stay tuned!