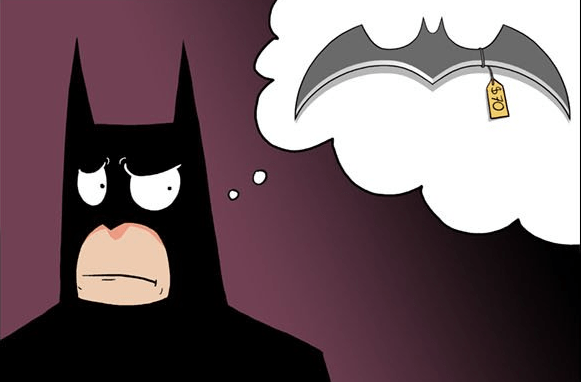 Over the past two weeks, we, the voting public, have received a number of political advertisements from the Armand Grossman campaign and a Political Action Committee (PAC) supporting the Grossman campaign.

These political advertisements have come in the form of a video and three mail pieces attacking Boca Raton City Council candidate Monica Mayotte with a series of unsupported lies, innuendo and political misinformation.  These materials, however, remain somewhat a mystery as to whose interests are involved because the Grossman campaign reports filed to date have hidden the contributors’ identities from the public view.  These materials are being generated with ‘dark’ monies; monies generally provided to Political Action Committees (PACs) by undisclosed financial interests whose identities are purposefully being hidden from public view.

Evidence has now been uncovered directly connecting some of this PAC ‘dark’ money to Jim and Marta Batmasian of Investments Limited, the largest commercial landowner and developer in downtown Boca Raton.  The Batmasians have, over time, written thousands of dollars in checks to a Political Action Committee associated with the Grossman campaign.

‘Batman’, as he is sometimes affectionately referred too, has contributed heavily to the Grossman campaign and it’s supporting PACs with cash contributions and with political signage littering the public’s view corridors throughout the downtown and along Federal Highway.  The Batmasians have contributed to a PAC controlled by Mr. Grossman’s political consultant, Todd Richardson.  Contributions were then moved to the Richardson PAC responsible for the negative mailers and video circulating to the public in our mail boxes and on TV. (See below)  These four (4) political advertisements have been published and paid for by a political action committee (PAC) called “Responsible Neighbors Alliance.”

If prior years are any indication, pro-development forces are pouring tens-of-thousands of dollars into the PAC to defeat Monica Mayotte and purposefully manipulating the reporting requirements to cover-up the developer interests funding the Grossman campaign.

Eureka!!!   Actually evidence has now been uncovered supporting the above operating thesis.  We now know that some of these suspicions are true.

As reported last week, Grossman’s campaign has listed $75,000 + in loans and contributions with only $503.23 dollars in expenditures.  As of today, Monday morning, the City Clerk has posted the latest reports for all the March city council races.  All candidates have timely filed with the exception of Mr. Grossman.  Mr. Grossman and his campaign consultant are clearly and deliberately hiding the campaign’s financial activities.  This lack of transparency and the previously reported lack of integrity and truthfulness by Mr. Grossman is tell-tale….and…. all this before being in a position of power.  These underhanded and secretive campaign characteristics are indicative of what Mr. Grossman’s intentions and actions will be if and when actually elected to the city council.

Whose tune do you think Mr. Grossman will ‘dance’ to; the resident or his behind the scenes ‘developer’ puppet masters?   You be the judge….

And this – Just In:  Per the most recent Campaign filing report for Mr. Grossman, Crocker Partners controlled entities and executives contributed a total of $5,000.  This represents more than 54% of the $9,225 Grossman raised during the period.  Crocker Partners is currently pushing hard for massive rezoning in the city’s midtown area.  It is highly unlikely the contribution was made out of the kindness of their heart.

One by one, the dominoes are falling in place and we are seeing the usual ‘dark’ forces behind Boca Raton politics at play once again.  More on this as additional facts are uncovered.

Remember, your vote is your voice; let your voice be heard loudly at the ballot box next Tuesday, March 13th …..Vote the ‘resident friendly’ vote…..