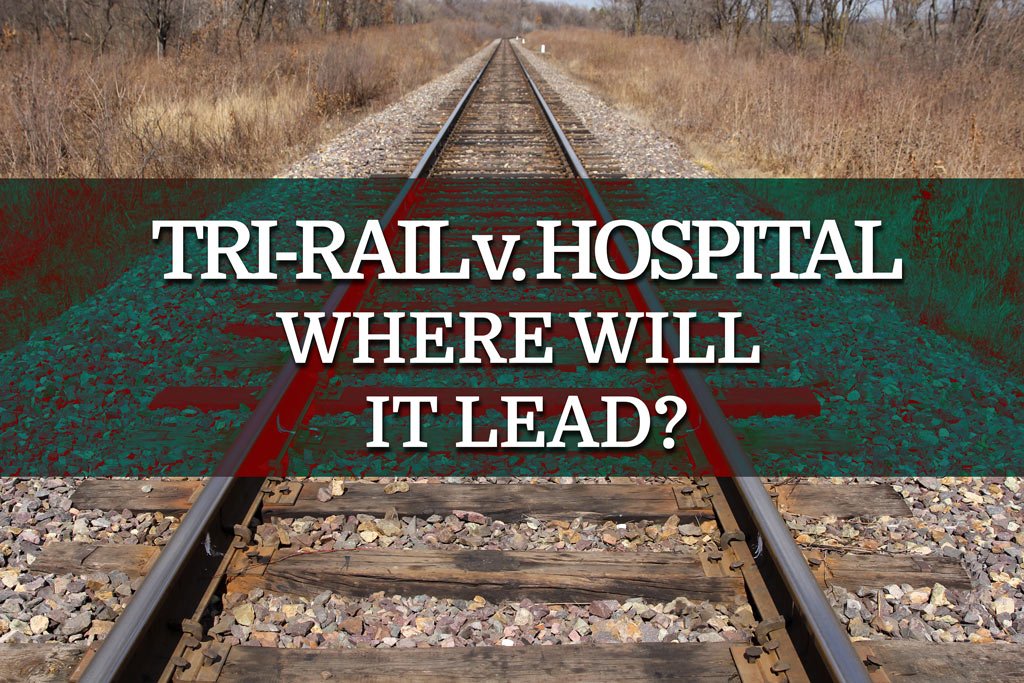 I recently read yet another ‘Plant’ or ‘Seed’ (or setup) article on June 13, 2019 published in the CityWatch section of Boca Magazine presumably at the behest of Steve Abrams, the current Executive Director of the SFRTA.

Of interest is that the story is devoid of any mention of the BRRH letter written by Jerry Fedele (see attached February 2018 letter) and the salient facts surrounding the impermissible concept of building medical offices at the Yamato Tri-Rail station. Moreover, if this medical office project were to somehow be approved, it would arguably result in having the SFRTA responsible for actually generating additional traffic and road trips, in direct contradiction to its sole mission and purpose.

‘Seed’ Articles Do Not Work in the Face of Facts!!!

As previously noted, ‘seed’ articles typically appear before a City Council or CRA meeting espousing a remarkably similar policy position mirroring how the City Manager or City Attorney would like to have things go, or, more often than not, how a single or group of elected officials (through either the City Manager or City Attorney mouthpiece) might want to promote as an end result.

With the June 13th CityWatch article, Steve Abrams seems to enjoy this same type of cover; the same advantage to have a policy position conveniently outlined in advance of an official vote on a particular issue at hand.

To support this thesis, it is noted that, remarkably, there is a SFRTA Board of Director’s meeting coming up on June 28, where the Board is anticipated to take a vote deciding the fate of the improperly vetted and ill-advised PEBB proposal; a proposed medical office building project on the Tri-Rail site at Yamato Road.

In this example, it is curious that CityWatch decided two weeks before the SFRTA BOD meeting to outline a policy position devoid of some relevant facts.

On June 4th, CityWatch did a whole piece on Boca Raton Regional Hospital and its new CEO Lincoln Mendez. Included in that article was reference to the hospital’s previous CEO,Jerry Fedele. Interesting that in the article there was no mention to the still outstanding objections lodged by Mr. Fedele in his February letter to Mr. Abrams.

In the recent article(s), did CityWatch raise the tough questions about the PEBB proposal for a medical office building on the Tri-Rail site; a medical application that Mr. Abrams knows or should have known to directly compete with BRRH? Apparently not!

Did CityWatch raise the issue outlined in Mr. Fedele’s February letter to Mr. Abrams objecting to the medical building application that is inconsistent with the LIRP zoning restrictions in place for years in the north west sector of Boca Raton? Apparently not!

Did CityWatch question Mr. Abrams on this zoning issue? Apparently not!

Mr. Abrams has been involved with Boca Raton politics for many years and as a former Mayor knew or should have known about the restrictive LIRP issues….

Talk about ‘fake news’; a half story—subterfuge, perhaps, is the correct word.

Did CityWatch contact Boca Raton’s elected officials and ask about the LIRP zoning restriction—Apparently not!

After the first story published in BocaWatch on May 14th 2019, Mr. Abrams complained in a post that I did not speak to him on the story (as if the letter from Fedele did not speak for itself).

Well since then, did Mr. Abrams contact me or offer anything to refute the story—Of course not!

The story was and remains accurate and true. Furthermore, SFRTA has a public relations apparatus.

Did they contact me or refute the story in any way? Of course not!

Why? Because the story is true and any story line invented to contradict it would be a misrepresentation in many ways.

After my first story was published, BocaWatch made several public records requests to SFRTA—These requests were made weeks and weeks ago. The public records request centered around information on how it came about that SFRTA failed to properly vet the PEBB medical office project including apparently conducting NO DUE DILIGENCE ON TRAFFIC GENERATION FOR THIS USE.

THE RESPONSE TO MY PUBLIC RECORDS REQUEST HAS THUS BEEN—NO RESPONSE!

The continuing question remains why SFRTA would promote a traffic generating use; A USE IN DIRECT CONTRADICTION TO THE AGENCY’S CORE MISSION???

One responder on the CityWatch blog recently asked the pertinent (paraphrased) question “Are people riding the Tri-Rail to go to the doctor for medical procedures?” The absurdity of this concept is clear and apparent.

What does this situation say about competence of the agency and its leadership?

Given these facts and circumstances, the upcoming vote on the PEBB proposal by the SFRTA Board cannot possible move forward.

Further, the ‘appraisal’ argument (a strange new twist and subterfuge) offered in the CityWatch article has nothing to do with being able to move a project forward. Whether a good deal, bad deal or mediocre deal is meaningless if the deal cannot be approved under City Code, with traffic concurrency issues and without the support of the City’s elected officials.

A very brief inquiry into the City as the ultimate authority to approve the application suggests the response that the City would NEVER approve this project under the circumstances noted to date; circumstances that would generate serious resistance from BRRH as noted.

So, what is really going on?

Who knows…what we do know is that the PEBB proposal is due for a public hearing on June 28th and the SFRTA Board of Directors will have to act on the issues; to take a position on this ill-advised proposal. Should be interesting….