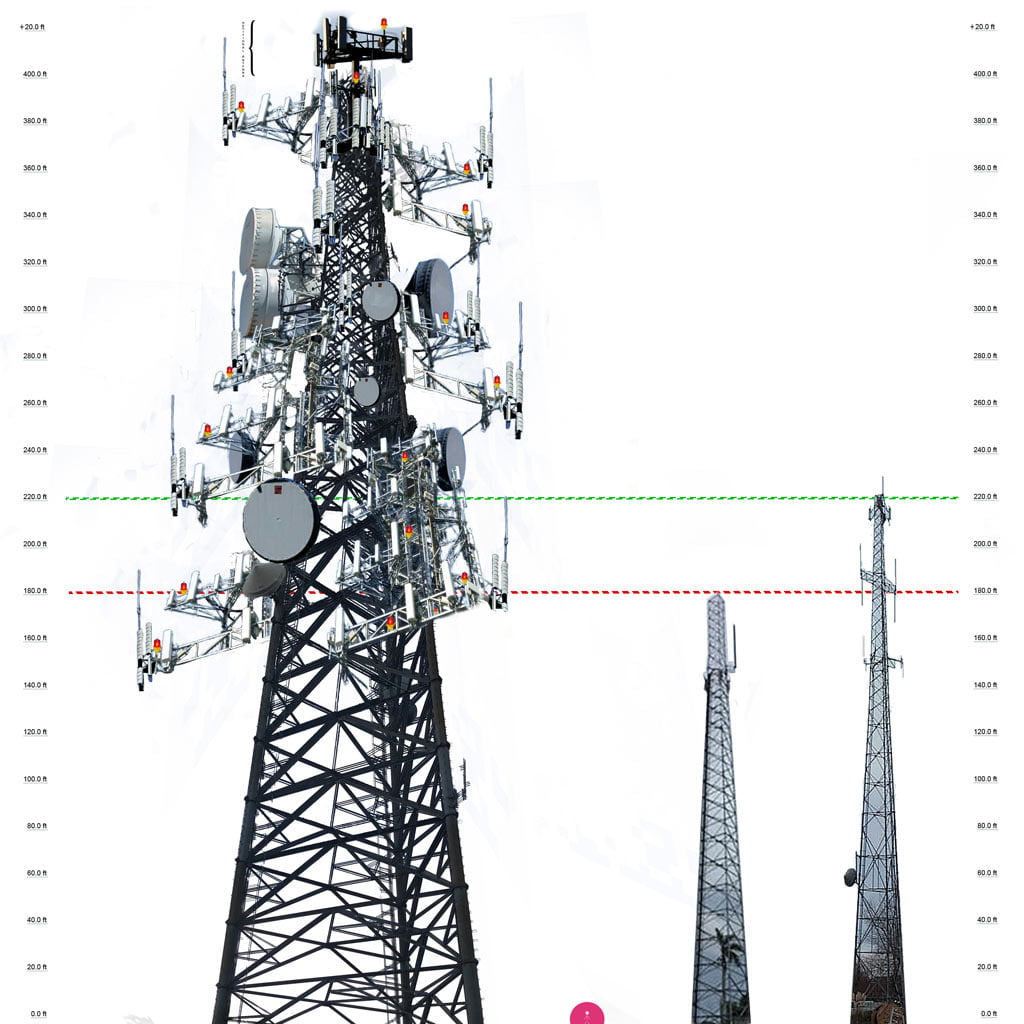 It should be no surprise that the City Administration, with or without collusion from the City Council, regularly attempts to get approval for controversial items by bringing such items to the public’s attention at the last minute while arguing that time demands immediate action even over the reasonable objection of residents and clearly without objective evidence supporting the exigent and emergency circumstance.

On June 11th this exact technique presented itself. Buried in the consent agenda was Resolution No. 75-2019; a resolution to execute an “interlocal agreement” with Palm Beach County to build a new 400 foot communication tower, arguably, for “public safety” replacing the 180 foot tower now servicing the needs of the city of Boca Raton.

The City’s communications needs are currently satisfied and, arguably, with a simple replacement of the existing tower at 200 feet would supply all the “public safety” needs of Boca Raton for the foreseeable future; for a replacement amount as low as $400,000 instead of potentially as high as $3 million dollars if the contract with the County is to go forward.

‘But for’ the request of some Councilmembers to remove this item from the consent agenda and have it presented for public discussion, the public would not have had any input into the process, would not have even known what the City Administration was about to do.

As it turns out, this communication tower item is highly controversial.

City residents and others from West Boca have generated over 1,100 signatures opposing the adoption of the resolution. Representatives of one objecting party came to City Council with a well reasoned Power Point presentation listing elements not previously known to the public and requesting a reasonable delay to review alternatives before Council takes a determining vote. The Power Point entered into the public record is published below in its entirety for you, the reader, to consider.

Offering reasons for a delay, the objector speaks truth to power; truth being that there has been no opportunity for public input and no public hearing as to alternatives that exist and have existed for some time.

Why the rush to vote the issue???

A ‘resident friendly’ City Council would have no objection to extending a vote for a short delay but no….not this City Council…

With a three to two vote (Singer, Mayotte and O.Rourke-yes Rodgers and Thomson-No), the Council approved Resolution 75-2019 allowing the administration to now complete the process with the County and commit city residents to the $3 million dollar price tag versus the $400,000 alternative solution; this vote now moves forward what is admittedly an optional need, and, perhaps, an unnecessary one. That equation, however, may never be examined as the 3-2 vote is the requisite action needed from the city to give the County the signal to move forward with the 400 foot tower; a County vote is scheduled for June 27th at the County Commission in West Palm Beach.

What reasoning prevailed to allow the City Council to take such a vote?

Scott Singer was the driving force for this approval.

Singer played the straight man for the comedic act by the Deputy City Manager George Brown who gave a presentation on the need, the cost, and the time table for construction completion; presenting only his version of facts while not allowing presentation of available alternative solutions.

Rodgers and Thomson did not agree and voted to delay the vote so that all parties could get together during the six week before the next City Council meeting to review other proposals. Deputy City Manager Brown argued that delay would put in jeopardy the construction timeline needed for completion by a proscribed date of October 2020. Mr. Brown offered no proofs of his assertions; he disputed the objectors’ reasoning that the current tower could be replaced for $400,000 and suggested that the City’s review indicates that replacing the current tower independent of the County agreement would be closer to $1.2 million; still a far cry from the potential of $3 million required to join in with the County.

When asked the justification for wanting to enter into the agreement, Brown stated that the objective was for the City to have ownership of the tower. No real reason was given for why the City wanted to own the tower as it is not a revenue producer and the City would have to pay like every other user for space on the tower. The County has the need to go above 200 feet; the City does not. In fact, the City will be in the lower section of the proposed tower with the County at heights above 200 feet.

It is my intent here to argue that a six week delay would not put “public safety” in jeopardy as claimed by Mr. Brown especially since he offered no proof of that alleged fact.

It was apparent that although Mr. Brown said the City Administration was working on this proposal for the better part of a year, the City Council was seeing this for the first time and the residents had not seen it at all. That fact alone should have caused the Council to push back on the Administration and, given the residents’ objection, provide a chance to better understand the proposed interlocal agreement and analyze available alternatives. This type of behavior by the Administration should be unacceptable. It is exactly what is being complained about with the Sunshine Law violations alleged in a pending Midtown lawsuit. It is clearly designed to thwart public input and the Councilmembers, as representatives of the people, should not simply be a rubber stamp for the Administrative bureaucrat.

One of the three affirmative votes on the Council should make a Motion to Reconsider at the next scheduled City Council meeting. Only an affirmative vote has this option and, if exercised, a reversal would seem apparent and a small delay would follow.

Given such a delay, the parties, the residents and the council members could become better informed to support or not the proposed interlocal agreement.

It never ceases to amaze me how civil servants presume to decide how best to spend the taxpayer’s money in an amount differential arguably in the range of $2.6 million without providing a reasonable period of time to understand the whys and wherefores of the implications and residents’ concerns.

Slow down…reverse this decision… and, invite the public in to better understand the need and the costs before taking the final vote…