With the window of opportunity for candidate filing now closed, BocaWatch will be taking a much closer look at the Beach and Park District’s upcoming elections. Elections where three seats, a controlling majority, are at risk. Over the next few weeks, interviews will be conducted with the candidates and reported. At the end of this process, BocaWatch will publish its findings and recommendations for the August 30th contests.   A ‘palm card’ will be published for our residents to take to the ballot box on this and other voter items of local interest.

Two weeks ago in my article “The ‘Democratic’ Process”, the Greater Boca Raton Beach and Park District election was highlighted. Tracking our readership’s interest indicates that District issues are of significant import to the voting public.   One commentator even suggested that BocaWatch address the Beach and Park District with as much ‘scrutiny’ as done in City Hall. BocaWatch accepts this suggestion and over the next few weeks will do just that…

In the last month, after attending two Beach and Park District meetings, this writer has observed a professional and transparent demonstration of open government; a breath of fresh air compared to the City Council/CRA meetings conducted in City Hall.

As support for this statement, the following observation is offered. In November, 2015, the City sent a proposed  O&M Master Interlocal Agrmt B&P District for response.   How that Master Agreement was created is a bit of a mystery but more on that later.

In early June, the City’s Master Operating Agreement document was presented by the B & P District’s legal counsel to the District Commissioners for their input. District Counsel offered comments and recommendations for developing a response to the City.

In an open and transparent meeting, the B & P District Commissioners engaged in discussion with Counsel and amongst themselves, resulting in suggested language changes to the City’s document and instructions to Counsel to transmit these changes to the City; all this done in full public view.

The District board also discussed efforts to meet with the city. Chairman Bob Rollins reported that a suggested date of July 25th was offered to the City for scheduling a meeting of the two bodies to move forward on the agreement and other outstanding items. This date, without a public discussion, was rejected by the City.

Certainly not the City Council as this was not a topic of discussion in the recent council workshop or meetings. Who then makes such a decision…staff? The City Attorney?   Who? Especially with a decision that seems to allow a certain City Council member who stated in the City’s recent visioning annual planning session that he ‘hates’ the District ‘s leadership and vocally complains that the B & P District is the constant cause for unnecessary delay.

Having now rejected the July date, and with the City Council on summer schedule there is little chance a joint meeting between the City and the District can take place before at least September…but this is not my major concern….

My major concern is that there has been little open and transparent government in developing this Master Operating Agreement with the B & P District or in the City’s deliberations as to the terms and conditions wanted with the district.

Here is the question….

When will these proposed language changes suggested by the District be discussed with the City Council collectively in the Sunshine, in Chambers with the public present?

When will there be an open and transparent discussion allowing the public to understand the true dynamics of the alleged scheduling impasse with the District?

To my knowledge, this has never been done and is not anticipated to be done in preparation for the City’s response to the District.

…Because the individual comments of each Councilmember is not the collective response of the City Council. Without the Council coming together in full view of the public, there is NO official position that can be transmitted back to the District.

Staff’s ‘polling’ of the individual sentiments of a Councilmember does not make for an official act of the collective council nor does it substitute for the open and transparent government demanded by electors as well as required by state law.

‘Ethically challenged’….a phrase that will be used often from now on….whenever the public is not provided the information for their meaningful participation in and understanding of the political and legislative process.

Yes, there are no televised meetings. The District’s current office/conference area is not equipped for such an option. However, contrary to your assertion that the District is building a “Taj Mahal”, their efforts are to construct a community center that will provide, in part, for an expanded office and meeting space. It is a fair encouragement that there should be broadcast capability designed into that site and that suggestion will be made….

As promised, this is the beginning of a ‘closer scrutiny’ of the Greater Boca Raton Beach and Park District. BocaWatch will let the public decide which is a more open and transparent process…so far, hands down, the City loses…..

Your vote is your voice….let your voice by heard….August 30th 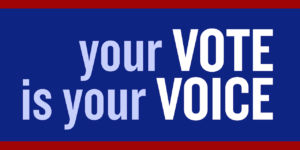