Downtown Development Will Raise Your Taxes!

Boca Raton has seen a rash of development in its downtown and there is more to come. Developers frequently cite the increase in taxes that will occur when development is completed as a major reason for the City to approve their plans. The unspoken implication is that the new development will lower your taxes. It won’t! Why? City operating costs will increase by more than City revenue produced by the new development. 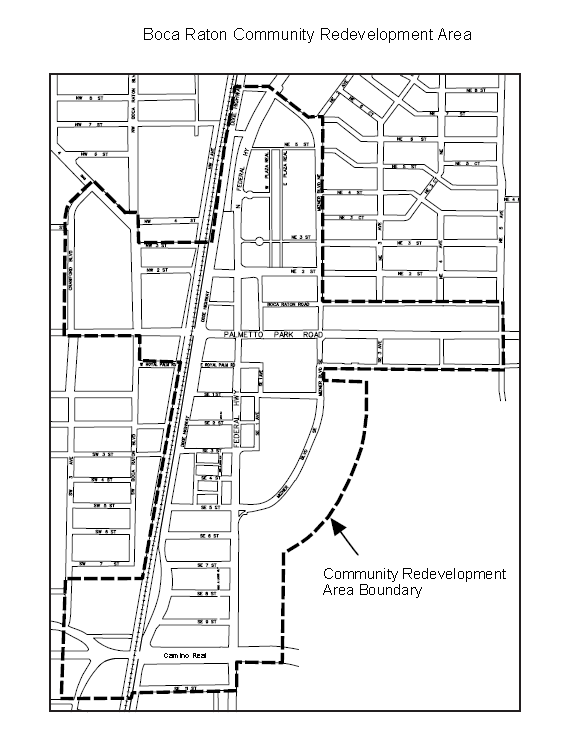 Where Do The Revenues Go?

Downtown Boca Raton is a Community Redevelopment Area (CRA). See Figure 1 for the boundaries of the Area. Revenue increases that result from development in the CRA go to finance public activities needed to allow revitalization of the Downtown.

Other public entities like the City and County receive limited revenue from the development of the downtown. Indeed, a 2010 report by staff  Figure 2  (“report by staff”) to the CRA indicated that all types of development in the downtown would result in costs that exceed revenue gains to the City. For example, 100,000 sq ft of apartment development will cost the city $102,000 and will produce only $37,000 in revenue. The implication is that the City will have to find additional revenue, most likely through tax increases, to pay the added cost for City services for new Downtown developments.

Revenues and Cost of Public Services (after tax increment payment) 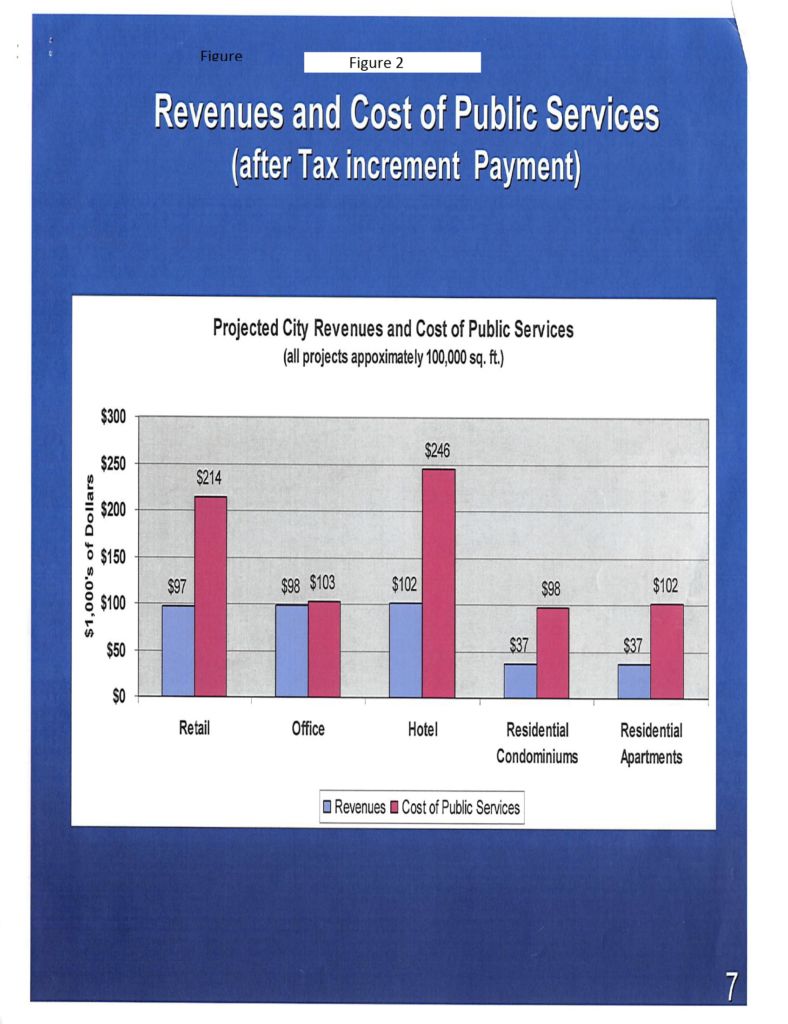 This development has approximately 460,000 square feet. Using the City staff data above, the project will cost the city approximately $300,000 more each year than it will bring in in revenue.

What are the implications?