From the beginning of the debate about Deputy Mayor Weinroth being appointed to the Boca Raton Airport Authority as a resident appointee, the underlying issue is how any individual, sitting on both agencies can serve the ‘best interests’ of either?

Well that question apparently is not merely rhetorical. Thanks to an interested reader, presented below is a Florida 4th DCA case from 2000 where the City of Boca Raton sued the Boca Raton Airport Authority on an issue that politics failed to resolve.

If similar circumstances were to arise today, Mr. Weinroth would be neutered from participating at many levels. He would not be able to sit in either agency’s legal strategy sessions; he would not be able to sit on the dais of either agency when the underlying issues and facts were discussed; and, he would have to recuse himself from any post judicial actions at the very least. So his voice and vote would become meaningless….certainly not a laudable outcome.

By being on the governing body of both independent agencies, Robert Weinroth cannot serve the interests of either. He should immediately resign one of these two positions.

We, the residents, should only be so lucky….. 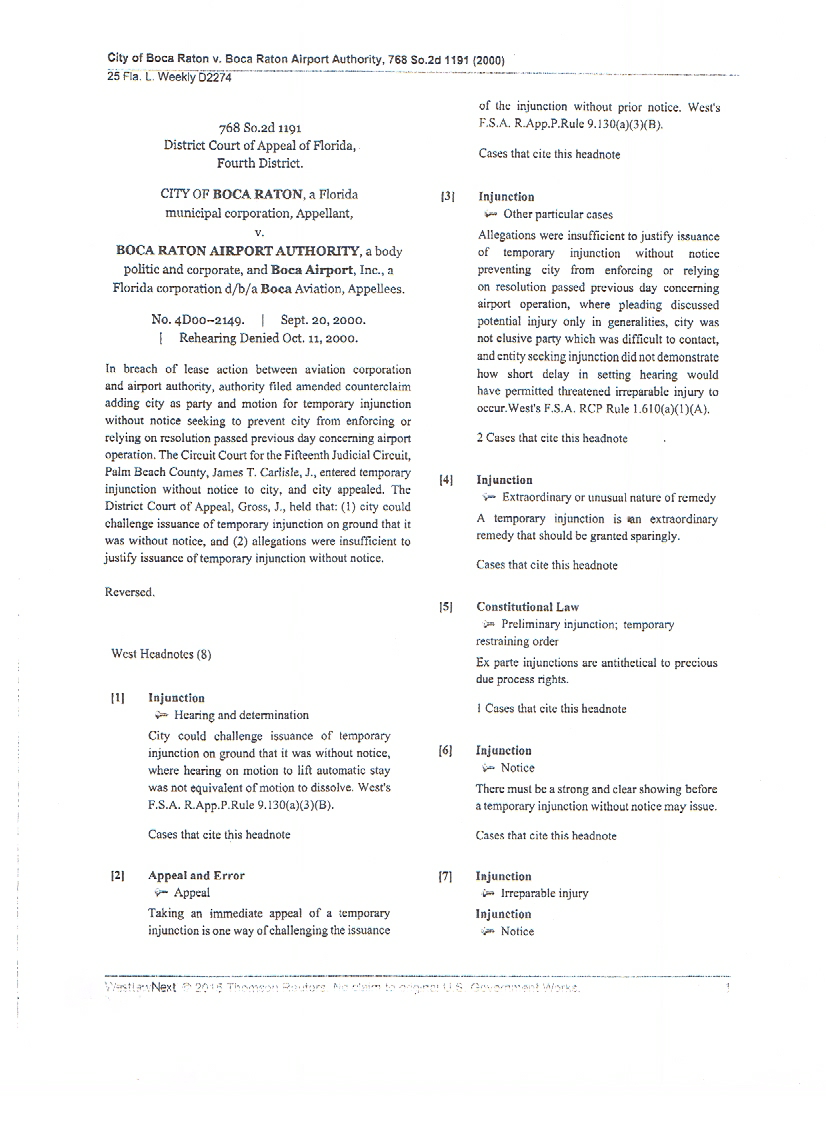 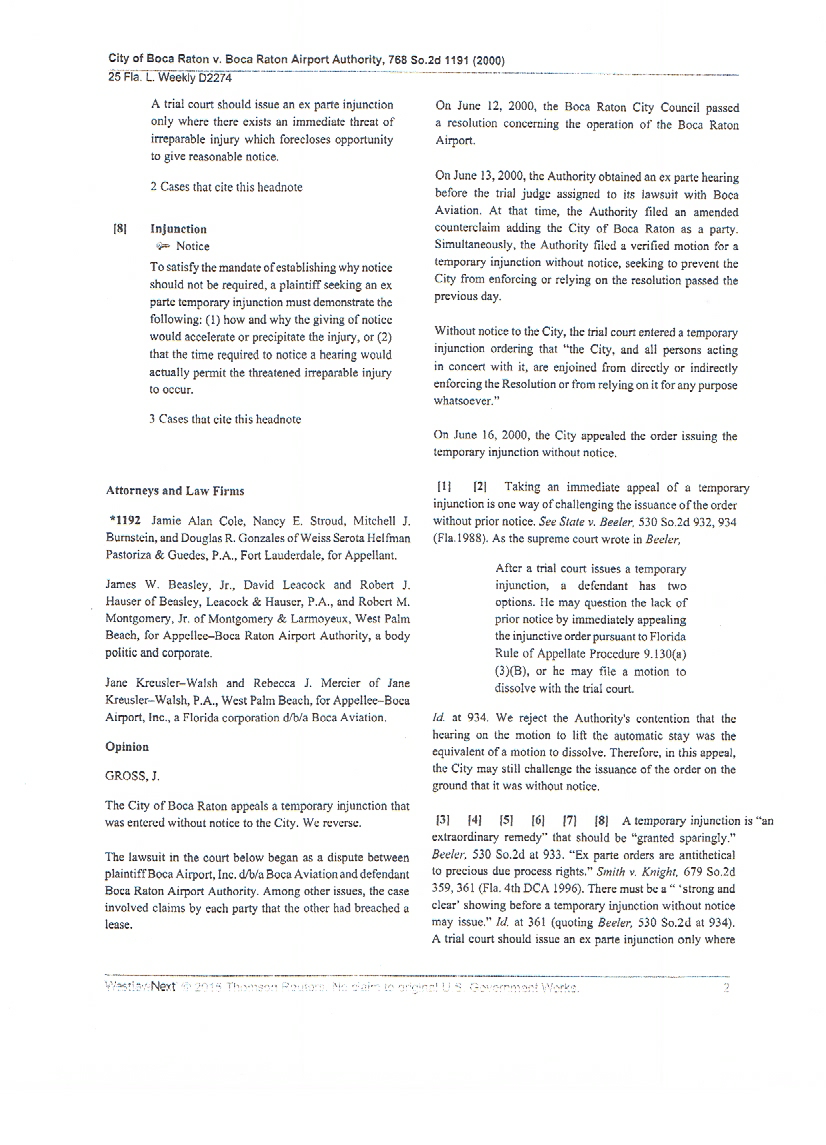 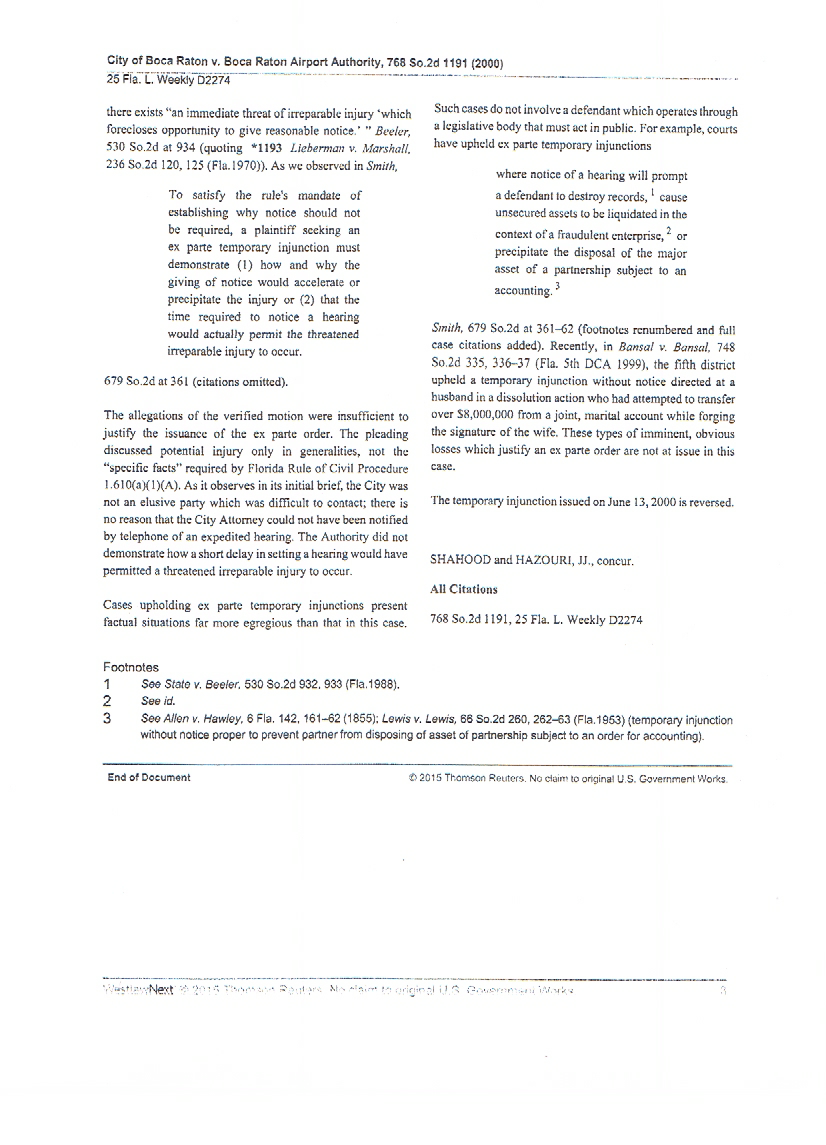