A Final Brief on Campaign Funding 2018

With the exception of a future article reporting third party PAC contributions, this will be the final BocaWatch campaign finance report for the recent 2018 City Council election.  This report captures all contributions received by the March 8 contribution deadline.  Candidates still have a final report due which will include final expenses incurred.  We will monitor these reports for any items of significance.

Congratulations of a Different Sort 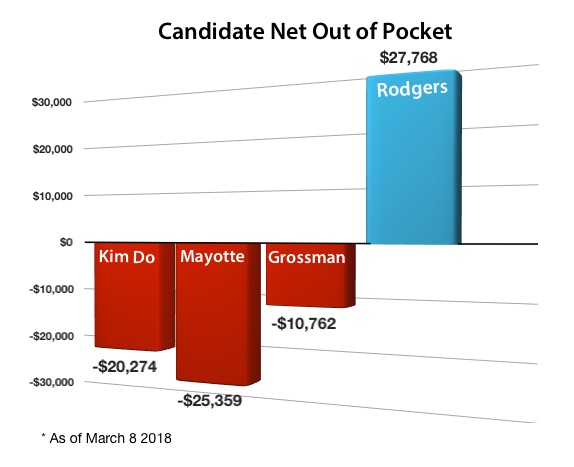 Notably, Deputy Mayor Jeremy Rodgers began his campaign three months earlier than any other candidate.  Similar to his running mate, Armand Grossman, he sought big money donors in the development community.  Both Rodgers and Grossman received only 20% of their funding from individuals.

So, our first round of congratulations goes to those candidates that were willing to fight for a seat on City Council and assume personal financial risk and ultimately absorb a financial loss.  Congratulations to each for taking on that risk!

Our second round of congratulations goes to Deputy Mayor Rodgers for running a campaign at others expense.  All candidates desire that outcome.

So Where Did the Funding Come From?

When you consider that candidate Grossman had slightly less than two months to fundraise for his campaign, it is striking that he accumulated almost as much money as the fundraising leader Jeremy Rodgers.  Mr. Rodgers began his fundraising efforts more than five months prior to Grossman.  Developer related contributions poured into the Grossman campaign in an effort to ‘buy’ a YES vote in their favor on City Council.  As reported in prior BocaWatch articles the funds raised in City filed reports do not include the so-called “Dark Money” from third party PACs that funded the untruthful, negative mailers against Grossman’s main opponent. 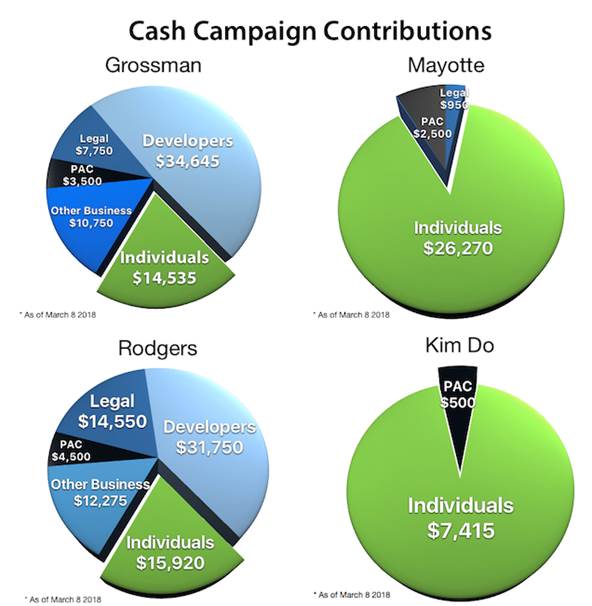 When you consider the addition of ‘in-kind’ contributions to cash contributions the numbers increase slightly for three candidates but increase significantly for Mr. Grossman.  The following gives a more complete picture: 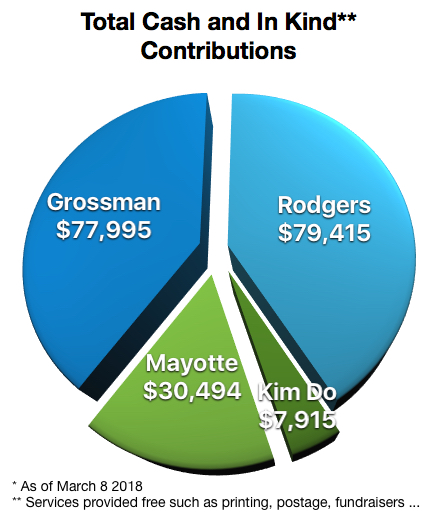 Who Got The Bigger Bang For Their Buck?

When these numbers are boiled down to a cost-per-vote, it is clear that the resident friendly candidates scored well. 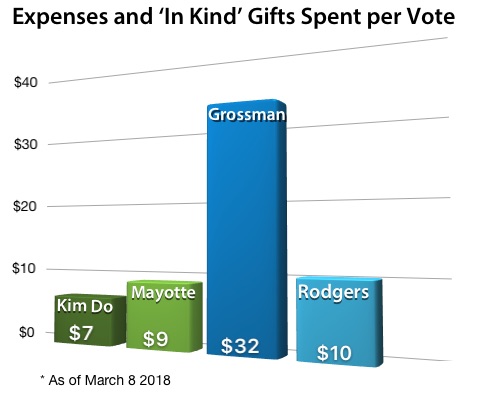 A Closer Look at Bundled Money

The legal limitation for an individual or entity to contribute to a candidate is $1,000.  This election was rife with ‘bundled’ contributions from related entities or family members to overcome this limitation.  BocaWatch has identified numerous bundled contributions to campaigns of Rodgers and Grossman.  This does not exist in other candidate’s campaigns.  Here are some examples: 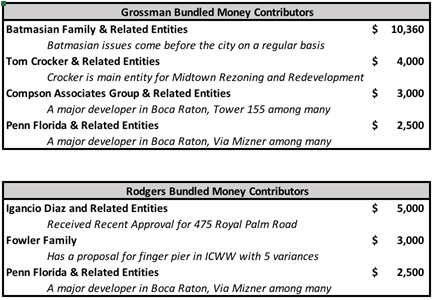 Can I Get a Refund Please?

If anyone deserves a refund, it’s Mr. Grossman.  His last two filings reveal that he paid FNB Media two separate payments of $15,000 each totaling $30,000 for PR and marketing for his campaign.  FNB Media is owned by Peter Gary who publishes the website The Boca Voice.  Mr. Gary unabashedly endorsed Mr. Grossman after receiving the first installment. Mr. Grossman went on to capture a meager 29% of the votes.  With a performance like that, future candidates may want to look elsewhere for their campaign marketing and public relations needs.