Home Topics Airport vs. City – The Gift That Keeps Giving….

Realizing that some of you may be getting tired of this airport item and at the risk of boring you further…Hang in there because more has been uncovered and worthy of your attention.

In furtherance of gathering evidence on the ethics complaints filed against residents Jack Fox, George Brown and Robert Weinroth, the city’s response is quite revealing.

Suffice it to say that the airport’s response is also revealing in that there is an assertion that Sunshine Law violations may have occurred between board members Brown and Weinroth…this will be the subject of another article in the next few weeks….

For now, the city’s response reveals:

The amount of human capital dedicated to the defenses of these three individuals in the City Attorney’s office is significant. Communications between Assistant City Attorney Koehler, City Attorney Freiser and outside counsel, Mark Herron extends over time between April and July;

The retainer agreement for outside legal services entered into on May 27 for legal fees of $250.00 per hour for attorney Mark Herron and $85.00 per hour for paralegal time. To date, billing in excess of $3,000 has been incurred;

The submittal of Form 8B where Weinroth abstains from the vote on Resolution 65-2015 for the funding of this legal defense admitting that such a vote would inure to his private gain or loss. Within this document is the misrepresentation that it was Deputy Mayor Weinroth who was appointed to the BRAA; clearly not the case.

May 29/July 17, 2015 letters from Attorney Mark Herron to FCOE Executive Director Virginia Doss arguing for Fox, Brown and Weinroth that the ‘legal sufficiency’ standard for a FCOE complaint has not been met….In all these letters, Attorney Herron adopts the position that all three residents are “officials” and that their appointment is lawful; a position outlined in letters from City Attorney Freiser to Fox, Brown and Weinroth; regardless, FCOE has found legal sufficiency and the process is now in the investigatory stage.

Finally, the city has taken the position that some public records are exempt citing Fl. Stat. Sec. 119.071(1)(d). This statute states in part that “A public record…that reflects a mental impression, conclusion, litigation strategy, or legal theory….and that was prepared exclusively for civil or criminal litigation or for adversial administrative proceeding(s), or that was prepared in anticipation of imminent civil or criminal litigation or imminent adversial administrative proceedings.”

Enough for now….you can see that all this is a complex issue and will take time….

What we know for sure is that the city council, its attorney and administration have in the past and will now push back against any resident(s) who dares to challenge their cavalier approach to city government through intimidation and threat….

So, the question as to what these undisclosed documents may be leading too is an open question and, for now, we can only say that ‘we shall see what we shall see.” 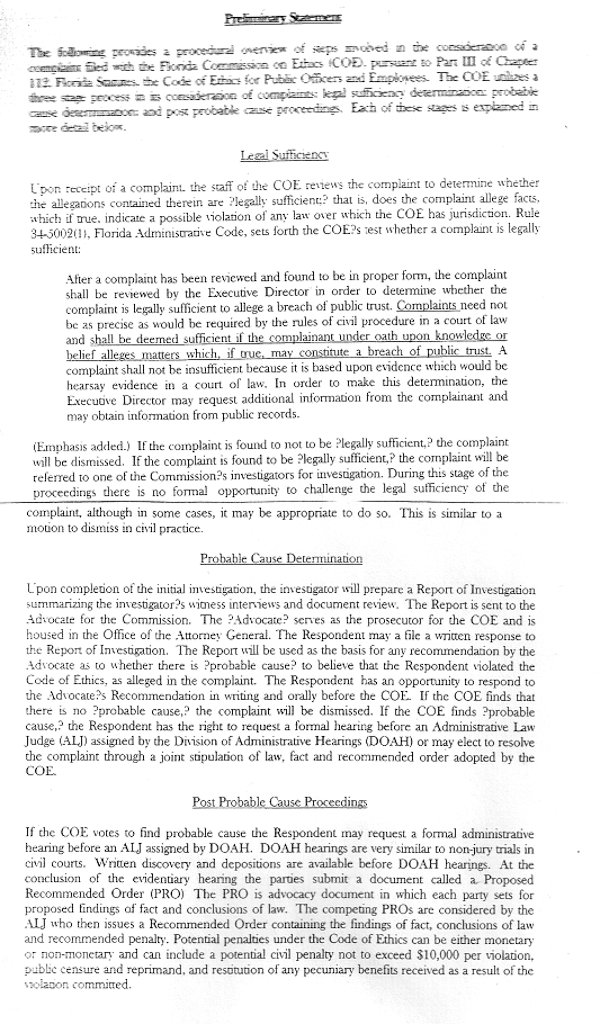