Recent research and news such as the ‘LA Times’ have shown that kids and teenagers have a higher risk of finding trouble after school when they’re alone and don’t have much to do except scroll through their Instagram feed. After school hours, teens may deal with aggressive and violent behavior along with other issues when living in low-income, families dealing with poverty, and cultural barriers.

Veteran, minister and founder of ‘Breaking the Chains’ organization Charles Cocklin says, “Without unity, we can’t have community.” Cocklin, who has been involved with over several community projects in order to bring the diverse community closer together added, “We’re building a stronger community with our young men and women. We’re grooming our children and more for success.”

Boca Raton is home to many after-school facilities, such as after-school tutoring, YMCAs, and many parents rely on these after-school programs to look after their children. Some might even offer sports and recreation programs, some facilities can be for creative fun where a young person can learn about art. These programs or places always have something unique to offer and may benefit young people to help with their lifestyle, academics, self-esteem, and their overall attitude towards family, friends, and themselves. CEO of Boca’s ‘Breaking the Chains’ Charles Cocklin has offered a program and an opportunity to help children, families, the homeless, and according to Cocklin, “A program for better living.”

The Boca program ‘Breaking the Chains’ is reaching out to build a stronger connection between families and children in the Boca area. Minister Cocklin, who has found inspiration from civil rights activist Martin Luther King Jr. and leader of the Indian independence movement Mahatma Gandhi, says, “Seeing that there are almost a million Black men and women in the penal system inspired me to get out and work with our children.” Cocklin, who has been with ‘Breaking the Chains’ since they started two years ago, says, “70 percent of Black homes are single parent homes and we [Breaking the Chains] have made it our mission to help pass the baton to see our children succeed.” 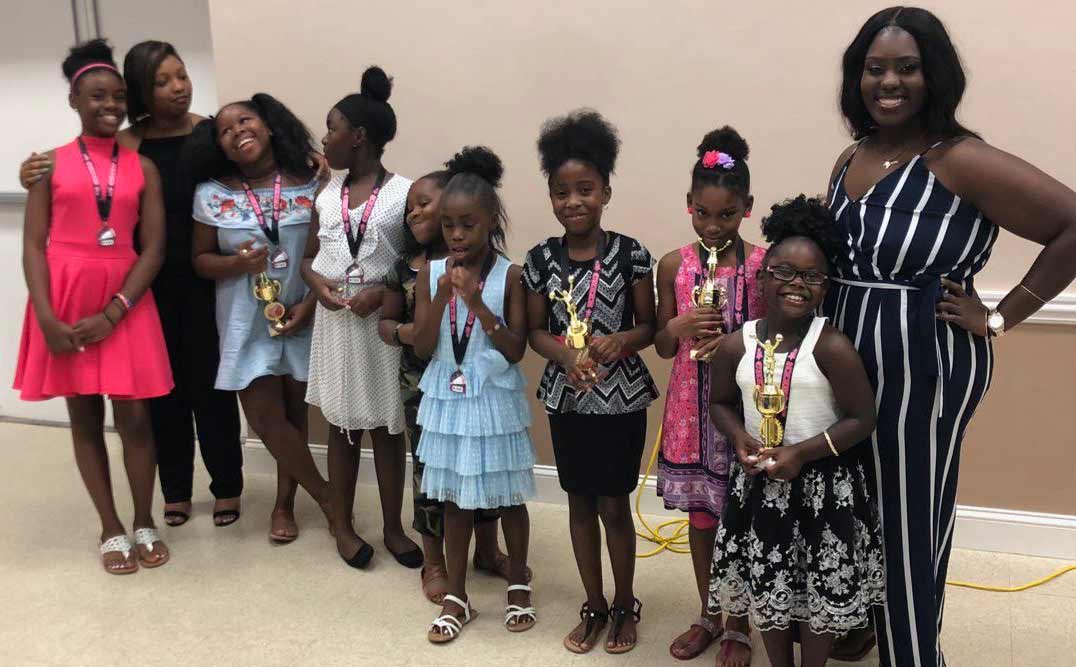 Minister Cocklin explains how teens, much like anyone, are products of their environment, especially their after-school environment. Kids, families, and teens, especially in low-income African-American communities “need to see a positive way of income, a positive outlook on life, and an overall outlook on positivity,” according to Cocklin. The overall program seeks to strengthen youth and one way to strengthen the Boca Raton youth is through the power of cheerleading and basketball.

Cocklin, who also has a Bachelor’s Degree in Pastoral Leadership and a 2017 Bachelor’s Interdisciplinary Studies uses sports to bring the community and the parents closer together. Parents seeing their little girls in smiles and whirling their fluffy pom-poms or a parent seeing their kid wobble a ball trying to make a shot with friends around giving words of encouragement. ‘Breaking the Chains’ uses sports to help get parents involved with kids because “Everyone wants to see their children succeed on the field, or the court, just as much as they do inside the classroom. It’s an opportunity for the kids to come together with a common purpose and for both parents to get involved,” says Cocklin. According to Cocklin and an article by ‘The Washington Post’, “70 percent of Black and low-income homes are single-parent homes.” Cocklin added, “We’re also using sports to be more than coaches but father figures to teach them about character and heart.” 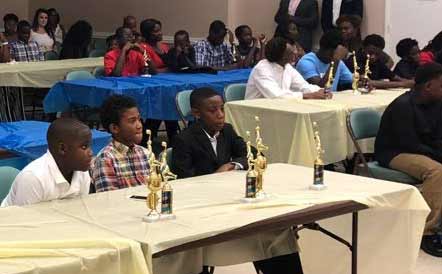 One basketball player that continues to hold a special place in Cocklin’s heart is Wyatt Smith. Smith has a mother who is mute and the teenage Smith was a ‘C’ and ‘D’ student. “I took Wyatt under my wing, he was an exceptional basketball player,” says Cocklin. Smith was also active at Boca Community High, where Smith was awarded the ‘Junior Varsity Most Valuable Player’. Cocklin added, “I told Wyatt he needs to be more than just great at basketball. I challenged Wyatt to bring me ‘A’s’ and B’s’ and we placed a bet for $50.” Cocklin bet Smith that Smith could boost up his academics and if Smith does well he’ll earn 50 smack-a-roos. Smith hit the books and grades the way he hit the b-ball court with determination, skills, and the swagger. “He [Smith] had it in him all along to have success in his academic scholars. The money was just to help him realize he had it in him all along,” says Cocklin. Today Wyatt Smith still plays basketball, gives Cocklin a blissful call and Cocklin says, “He’s like my adopted son.”

‘Breaking the Chains’ is also helping more than just kids after school, but homeless people in the local area as well. “You would be amazed how many low-income families and homeless people live right here in Boca Raton, it’s astronomical,” says Cocklin. First United Methodist Church in Boca invited ‘Breaking the Chains’ to feed and be a helping hand for the homeless in Boca and Cocklin says, “I was amazed at how many homeless and low-income people were there, how many people are in this situation right here in Boca.”

Candace Rojas of the ‘Starz Foundation’ met with Cocklin and the two are forming a coalition on solving the homeless crisis in the community by donating food, furniture, and more at community centers. Cocklin has also found support and letters of recommendation from ‘We Care CVW’ a non-profit community center, the ‘Boca Raton Historical Society’, and ‘Habitat for Humanity of South Palm Beach County’ where the President and CEO Randy Nobles, has called Cocklin a “dedicated leader in his community.”

Cocklin ended by saying, “When Peter saw Jesus walking on water and Peter was on the boat saying “Lord, save me” from the tough winds and water, Peter sunk when he didn’t keep his eyes and faith on the prize. Jesus gave Peter a helping hand and the tough weather stopped. But I also believe that we need to get off the boat to get out of our comfort zone. Once we’re off the boat, our eyes are back on the prize and we may restore their faith in giving a helping hand.”

If you’d like to give a helping hand to the Boca Raton community with Charles Cocklin, family, supporters, donate, or be an ambassador for ‘Breaking the Chains’ you may email charles@breakingthechainsfl.com and visit breakingthechainsflorida.com