For 8 years I have had the honor and privilege of serving as a Commissioner for the Greater Boca Raton Beach and Park District.  During this election cycle we have had 2 debates and lots of social media postings, post cards and even door to door canvassing by firefighters.  Throughout all of this, and at every opportunity, I have tried to explain how the District works, what has been done in the past and what will be done in the future.  There is a learning curve to serving on the District and, as was shown in the debates, neither of my opponents has done their homework.  Neither opponent has shown they understand the relationship between the City of Boca Raton and the District as well as some of the other issues facing the District.  You can see this for yourself by viewing the tape of the recent debate at:  Endorsements for Beach & Parks District

Throughout this election I have tried to educate you, the citizens of the Greater Boca Raton Beach and Park District, regarding the issues of the District.  As a physician, my professional life is built on facts.  I must have true test results prior to making a diagnosis.  I must have all the facts before I operate.  I can no longer sit quietly without correcting the misinformation and outright errors that my opponent has been using in his campaign.  You need the facts to make your voting decision.

Consider the following and you will see that EXPERIENCE COUNTS.

Sugar Sand Park:    My opponent has published that the District did not follow city maintenance recommendations and that caused the playground to be closed longer than anticipated. The playground was closed due to safety issues that arose sooner than the scheduled repair plan anticipated and then delayed due to unforeseen issues uncovered in the current repairs.  All past repairs were made as suggested by the city and on the timeline proposed by the city.  The city had proposed a major repair during the 2016-2017 fiscal year.  The District was budgeting in preparation for this by putting aside $250,000 per year.  A review of the budgets and the Capital Improvement Plan confirms this and Mr. Erhnst should have done this before putting out incorrect information. EXPERIENCE COUNTS.

Director’s salary :  My opponent has stated repeatedly, and published in campaign material, that Mr. Koski was paid $432,000 in 2014. This is simply not true    A review of the annual audit proves this.   As recently as August 15 my opponent was once again corrected on his repeated error.  Someone who is running on a platform of fiscal responsibility should have a better understanding of audits and budgets. EXPERIENCE COUNTS.

Communication:    Much has been made of the current status of communications between the City of Boca Raton and the District. Simply put, yes they can be improved.  A review of the record will show that I have been an advocate for this and have recommended establishing a Policy & Procedure Manual.   My opponent says he will improve communication yet his resume shows a lack of communication ability.  When he had a dispute with our local youth soccer program (Team Boca -SABR) his solution was to quit the league and take “his” team to another league out of Boca Raton.  This is not an example of an effective communicator or consensus builder.  EXPERIENCE COUNTS.

Campaign/Special Interest      My opponent’s campaign material says he will put residents first.  It makes for a nice tag line. I can assure you that every commissioner serving on the District has always put residents first. Every deliberation listens and weighs all the facts and then determines the solution that will benefit the greatest number of citizens.  Mr. Ehrnst’s campaign is funded by more than residents.  One must question 3 $1000 donations by one entity and its subsidiaries as well as $1000 from a PAC based in Tampa. Add to that the very large percent of smaller donations that have come from outside our community and from a single interest group and you must question the “residents first” issue.  These numbers can be verified by checking www.pbcelections.org and searching campaign finance records. Please feel free to check out my own campaign records and you will see a true grassroots campaign funded by local friends, neighbors, snowbirds and a couple of professional peers who are familiar with my work on a state and national level. EXPERIENCE COUNTS.

There are several other examples that I can refute but I respect your time.  I appreciate you reading these examples I have presented.  Please weight the facts.  Please reach out to me if you have other questions. dfrisch@mybocaparks.org   Please get out and vote. 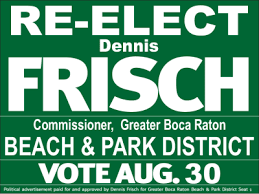 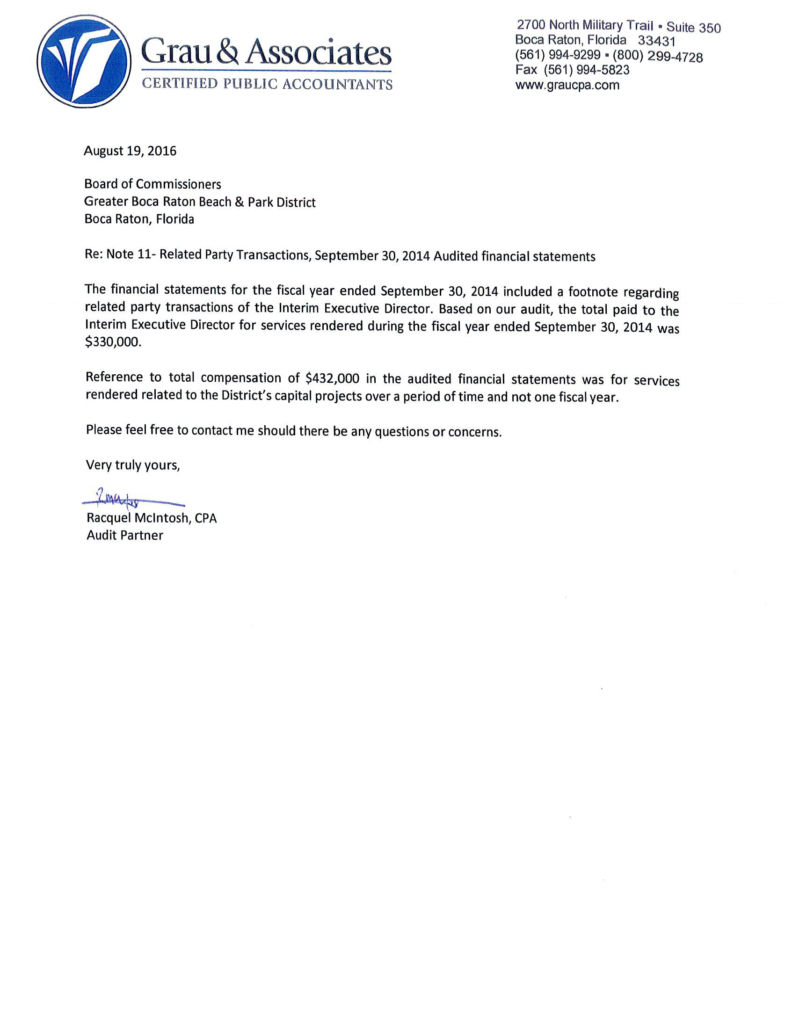