For the last eight weeks (8) BocaWatch has been watching closely the interaction between Boca Raton’s City Council and the Greater Boca Raton Beach and Park District. This interaction, or perhaps the lack thereof, was front and center in last evening’s BocaWatch candidate debate between 2 incumbents, Dennis Frisch and Earl Starkoff; and the 4 challengers, John Costello, Craig Ehrnst, Shalaya Enright, and Erin Wright.

Throughout the debate, the most often cited criticism by the challengers against the incumbents was a well-rehearsed talking point of ‘ the breakdown in communications’; suggested by the challengers as an irreversible situation requiring nothing less the replacing of current District Commissioners with new personalities possessing a more collegial approach with the city.

During this last few months and specifically highlighted in the debate on August 11th, it becomes clear that the acrimony suggesting a negative relationship is hyped way more than the record evidence would suggest. In fact, but for the few conclusory remarks made by some members of the City Council and parroted by three of the District challengers, there is virtually no record evidence for the proposition that the District is the sole cause of this perceived ‘uncooperative and non-communicative’ narrative.

Attendance at the District’s meetings would reveal that evidence is abound supporting the proposition that, as a body, the District has been steadfast in its deliberations to meet the City’s requests; requests that include budgetary and operational matters. The challengers, as a group, might have missed this as their participation and attendance at District meetings is sorely lacking. Evidence actually supports the proposition that, as a deliberative body, the District demonstrates an open and transparent dialogue and that it’s elected officials have clearly instructed staff to communicate to the City, the District’s concerns and responses within the current negotiation process. 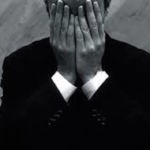 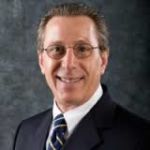 At the debate the incumbents informed the public that the District has taken an official position on its 2016/2017 budget, agreeing in totality to every request made within the City’s submitted budget; a budget containing expenditures and expenses in excess of $37.4 million dollars; a budget covering all projected Park Operations and District Capital Expenses. Also contained within this budget are reserves of some $13 million dollars including a Beach Renourishment Sinking Fund of near $4 Million Dollars.

Even more troubling is how a master inter-local agreement, a major issue raised by the challengers in the Debate, could be sent by the City to the District without ever receiving a public hearing to confirm the City Council’s collective directive.

Very curious, very curious indeed; so curious that one has to wonder if the City Council/Administration’s current process is not in violation of the spirit if not the letter of Florida’s open records laws.

In their comments at both the Federation of Homeowners’ forum and the BocaWatch debate, the challengers seemed to place the entire blame for this perceived negative relationship at the incumbents’ feet. Perhaps that is simply politics but their comments and criticisms made me wonder what elected body they, the challengers, were actually running for. For the most part, the challengers seemed to overlook the fiduciary obligation attached to winning the seats they seek; a fiduciary duty to act in the best interest of the District, not necessarily in the best interest of the City.

At one point in the Federation’s forum, challenger Ehrnst suggested that the working relationship between the City and the District should be like a ‘government within a government’. At the debate, some of the challengers followed this same thought process suggesting that the District should accede control to the city; a position that would remove any and all checks and balances intended by the State Legislature in creating the District in the first place.

The Greater Boca Raton Beach and Park District is an independent governmental body and as such is not beholden to any other governmental body. That is a basic proposition; a basic tenet to define the inter-local relationship between the two government entities.

On many of the other issues raised, there was little discernible differentiation between the incumbents and the challengers regarding issues that define the direction, course and future of the assets entrusted to the District’s elected officials by, we, the electorate; the voting public.

One major exception to this has to do with the retention of Attorney Art Koski as the Interim Executive Director, as the District’s legal counsel and as the project manager, a triple role for one person. This criticism is duly noted and is in the process of being rectified. Mr. Koski is an attorney, a civil engineer and a forty year historian of matters related to the District. He is also a tough negotiator and formidable at presenting the District’s positions.

What was brought out at the debate by the incumbents is the City’s unwillingness to have Mr. Koski meet directly with his counterpart at the city, City Manager Leif Ahnell; a circumstance that seemed overlooked by the challengers in their prepared remarks.

For these reasons and more; and because of the continuing need for a healthy check and balance between the City and the District, BocaWatch endorses the incumbents, Dr. Dennis Frisch and Businessman Earl Starkoff.

“Experience counts” was the hue and cry from the incumbents. With this, BocaWatch agrees!

Challengers John Costello, Shalaya Enright and Erin Wright are simply not prepared to assume the responsibilities of this multi-million dollar budget and clearly do not have the institutional knowledge of the incumbents.

Challenger Craig Ehrnst is formidable; seemingly well prepared and articulate but his propensity to give the benefit of the doubt to the City over the District is troubling.

Mr. Ehrnst ran for the City Council a few years back, BocaWatch would encourage him to run again for council in March, 2018.

Please note that attached to this article is a video presentation of the entire debate. Thanks are extended to Mr. Michael Miller of Sound Health for capturing and editing the presentation for your review.

A very sincere thank you is also extended to Mr. Randy Schultz, editorial writer for the Sun-Sentinel and columnist for Boca Raton Magazine. Mr. Shultz moderated the debate in a most professional manner; he was tough in his questions and in the discipline to not allow responses to avoid the hard question asked. He has set a very high bar for any others that may follow in future BocaWatch debates.

Your vote is your voice….Let your voice be heard at the polls on August 30….

Go to Other Endorsements for the August 30th Ballot.