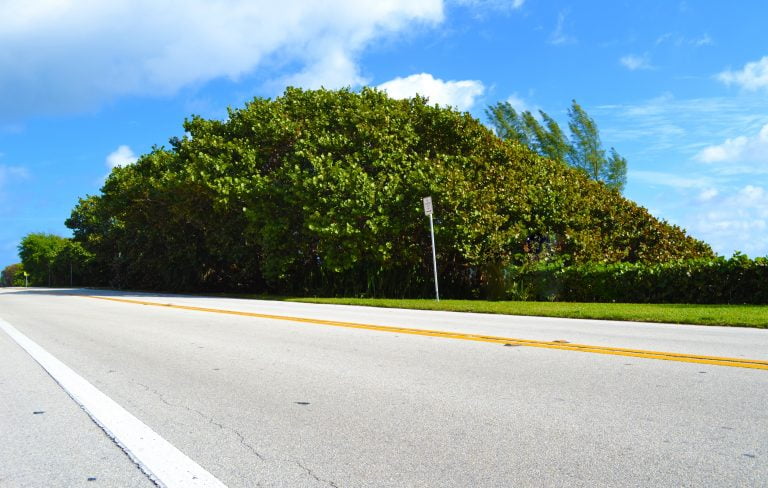 URGENT: THE EAB MEETING REGARDING BEACH DEVELOPMENT ON 8/29 HAS BEEN POSTPONED UNTIL FURTHER NOTICE.

In the video, scroll to frame 1:21:05 for Andrea’s ‘further business’ on this matter.

Beach development projects WILL come up before the EAB and City Council in the near future, and we will keep you posted to help us SAVE OUR BEACHES! Thank you for all your emails and calls into City Hall. #togetherwecan

The property owners of 2500 and 2600 N Ocean Blvd in Boca Raton continue to seek building permits to construct two four-story structures on the beach. Our City’s CCCL Setback Ordinance (City Code Section 28-1556) prohibits this because these properties lie seaward (east) of the Coastal Construction Control Line (CCCL).  In order to commence construction, a Variance must be provided by City Council. This specific CCCL Variance, if granted, would give property owners permission to build on untouched beach dunes of Boca Raton.

To gain a CCCL Variance, property owners must first present their project to the Environmental Advisory Board (EAB), which issues a non-binding recommendation to the City Council. The recommendation is whether the project’s damage to the environment is acceptable.

ATTENTION: This meeting is scheduled for Wednesday, August 29th at 5:30pm in the Council Chambers of City Hall. 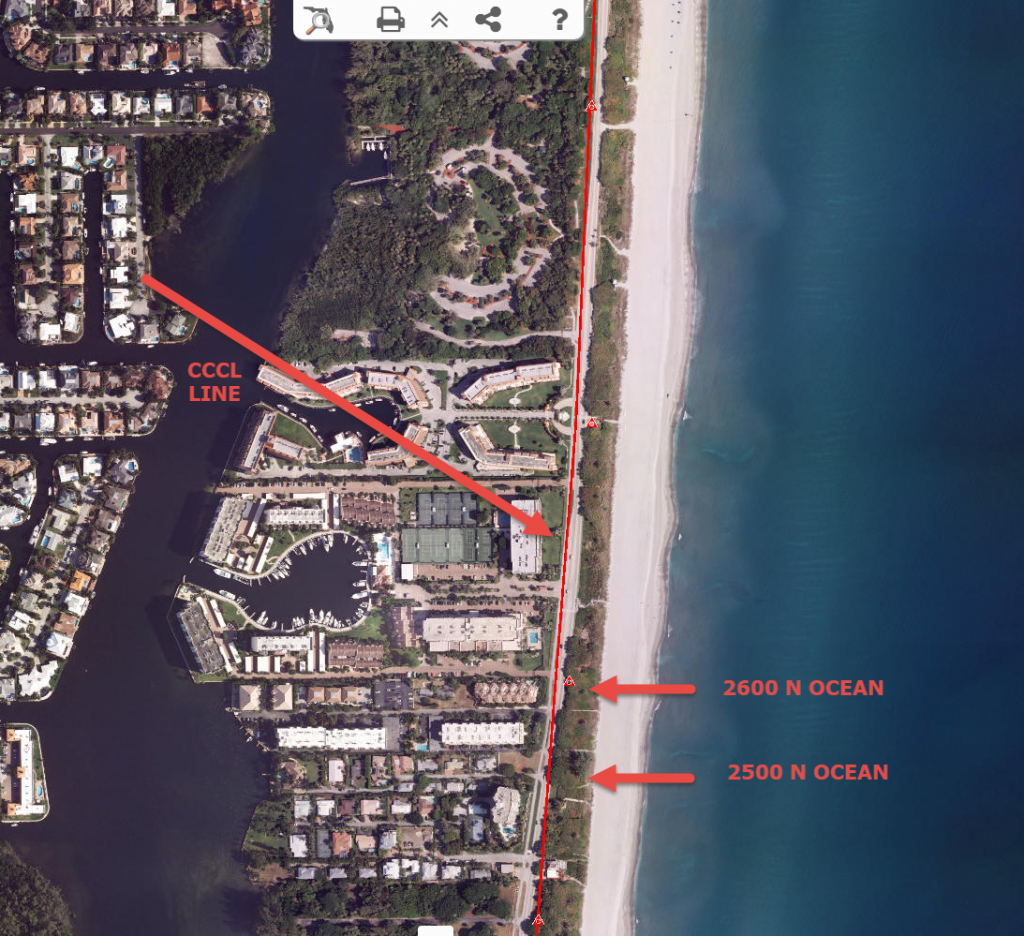 City Code Section 28-1556 (4) allows for a Variance (i.e., an exception), and both 2500 and 2600 N Ocean have applied for that Variance, and hence a permit to build, under its provisions. In particular, to qualify for a Variance, the petitioner has to satisfy six distinct necessary conditions. Here we’ll look into the owners’ arguments for one particular condition:

Without a Variance, City Code Section 28-1556(3) would prohibit any and all economically viable use of the Subject Property, and that the regulation would violate the Fifth and Fourteenth Amendments to the Constitution of the United States.

There are two remarkable claims being made in the passage: that without a variance, the petitioners:

We’ll see that neither claim has merit.

First consider possible economic use of these beachside lots. They certainly provide value for recreation, enjoyment of scenic beauty, and preservation of nature, the very values for which the City adopted the CCCL Setback Ordinance in the first place.

Next let’s consider an ‘economically viable use’ that is monetary, that of selling these properties for profit.

The sale prices were so discounted for beachfront property in Boca largely because they were considered unbuildable due to our City’s CCCL Setback Ordinance. For the same reason, in 2017, the most recent tax year:2500 N Ocean was appraised at $140K and 2600 N Ocean at $150K by the Palm Beach County Property Appraiser.

Both owners recently negotiated with the City for purchase of their properties. Because each owner demanded close to $20M, negotiations went nowhere. Take note of the $20M figure:

The City did not accede to the owners’ demands for ‘economically viable use’ of such excessive magnitude. But one wonders whether the City, or Beach and Parks District, or some foundation concerned with environmental or public values, might have purchased these properties for a fair and equitable amount, still leaving both owners with a hefty ‘economically viable’ profit. Owners don’t require a Variance to sell these lots at a healthy profit.

We’ve just looked at the petitioners’ claim that denying them a Variance would deprive them of economical use of their properties and found it to be groundless. Their second remarkable claim is that our City’s CCCL Setback Ordinance is unconstitutional. It’s not clear why the owners of the two lots make this claim. Maybe they wish to suggest that this Ordinance is indefensible and so they should not be subject to its terms. Or maybe to suggest that they could sue the City if not granted the Variances they seek.

Remember to attend the Environmental Advisory Board (EAB) meeting on August 29th at 5:30pm to voice your opposition to beach development. The focus at this meeting is environmental loss that would result from construction of these four-story buildings on our beaches.

We’ve seen here that petitioners don’t come close to meeting this condition for Variance approval. We’ll see that they also fail to meet other necessary conditions in forthcoming articles. Yet despite failing to qualify for a Variance as required by City Code, developers of the beachfront parcels would be permitted to build if the candidates they fund, directly and through their hired attorneys and lobbyists, win seats on the City Council.

Please vote on August 28th for the Candidates who represent our residents and the values of environment and quality of life embodied in our City’s laws. Once our beaches are gone, we can never get them back.