On Tuesday, May 26, 2015 two Boca Raton council members gave significantly differing opinions on the proposal to expand the downtown boundaries to include the planned Sol-A-Mar condo project.

The Sol-A-Mar condo project is planned to replace the current Mizner on the Green apartment project. The owner of Sol-A-Mar, Elad Group is requesting that the City Council include their Sol-A-Mar parcel in the downtown area so the project qualifies for increased building height regulations. The Elad Group is also requesting changes to the Interim Design Guidelines (IDG) that allow the maximum building floors to increase from 12 to 13. This would then apply to the entire downtown.

Councilman Robert Weinroth requested that the May 26, 2015 City Council Workshop agenda include an item where the Sol-A-Mar team could present their proposal for modifying the downtown boundary to include the Sol-A-Mar project and the floor increase. The item was included on the agenda. However, at the start of the meeting, Weinroth requested that it be removed and it was. Later in the meeting Weinroth and Councilman Scott Singer provided their opinions on the issue.

Weinroth defended having the item on the agenda in a prepared talk and indicated that he requested that it be removed because a member of the Sol-A-Mar team could not attend the meeting. He then went on to belittle the citizens he is supposed to represent by saying that they don’t understand the situation. He said that the purpose of his request to add the agenda item was to initiate discourse on the issue; a dubious statement at best. The fact is that the Sol-A-Mar team has already submitted text changes to the ordinance establishing the new boundary and the floor maximums, so this presentation was actually a first step forward in the City Council approval process.

Councilman Singer, on the other hand, provided an opinion that contained substance. Supported by the Mayor, he argued that the scope of the downtown boundary and the IDG should not be changed while the validity of the IDG is being analyzed. At the recent Mark evaluation workshop citizens were unanimous in their dislike of the Mark design. The Mark was designed using the IDG guidelines.

Representatives of the Boca Beautiful neighborhood group were in attendance to present objection to moving forward with this item. Through counsel, a letter was presented to the City Council dated May 22 outlining their concerns. See the text of this letter below.

Both Weinroth and Singer acknowledged the significant negative response of the citizens to the workshop agenda item, but Weinroth dismissed the input and Singer listened to it. 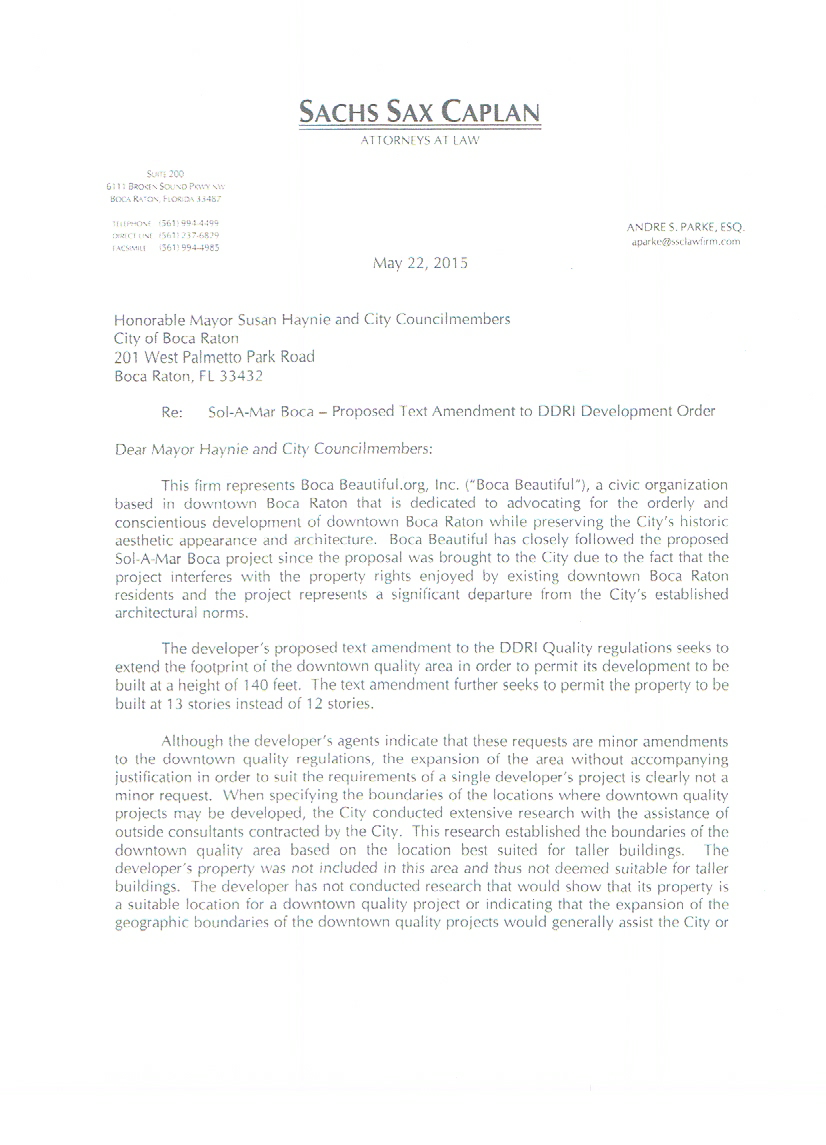 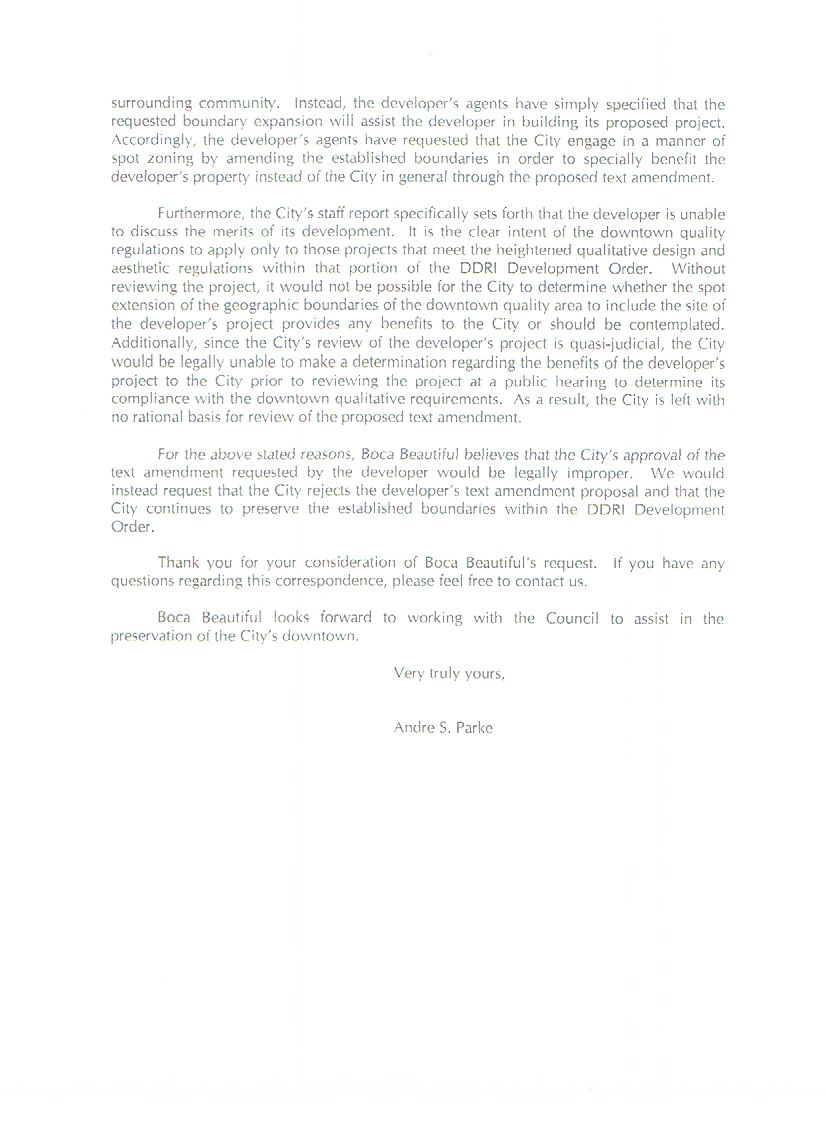