Home Community Interest A Purrfect Chance to Help Save a Life 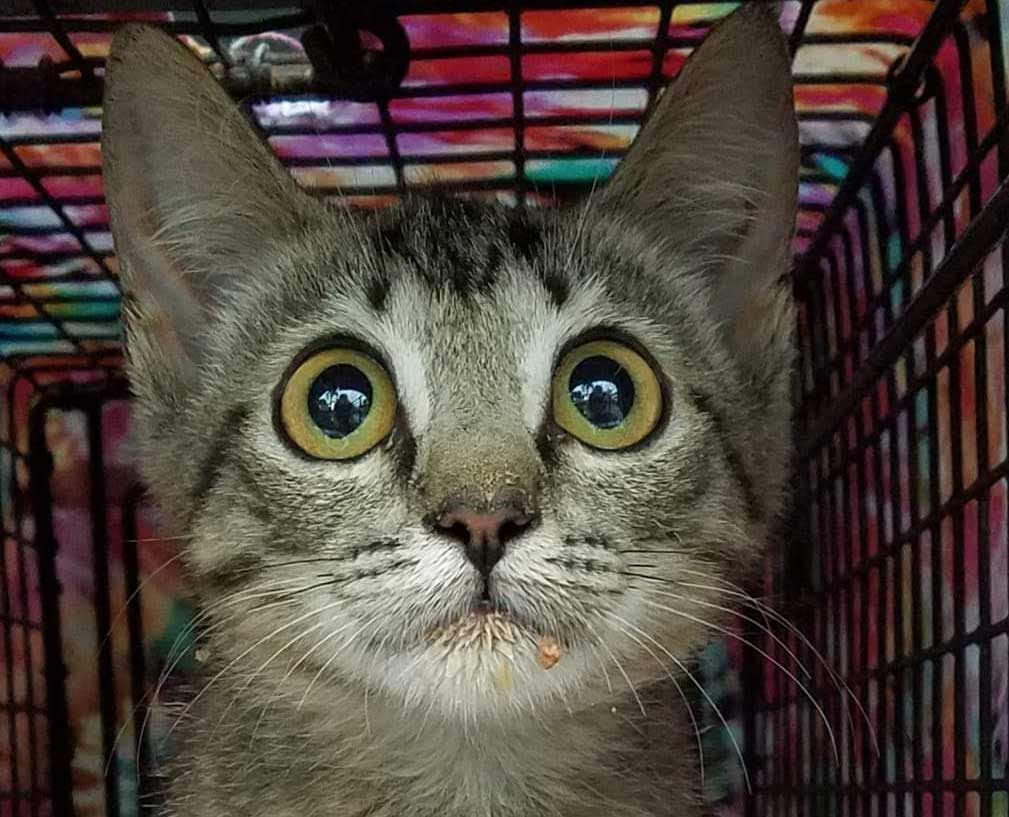 The fur that was once glossy and thick lays dull and uneven over bones. There was skin showing where she had itched. Dust, dirt, and mud all stained her matted coat, knotted and twisted with months of neglect. The cat walked with a stiffness of age, but also with the fragility of one so withered. The cat was a ginger, but not harsh red tabby, it was more like the kind of orange you’d see on a beloved old-shirt mixed with heavy cream. Her tiny cheeks were completely covered with long white whiskers and her large colored eyeballs would sparkle at some angles. 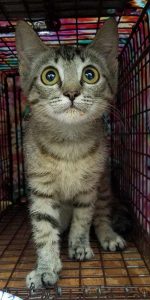 She is a one-year-old.

Straggly, homeless, they mostly roam the streets once the blue sky turns a tangerine jelly and then black. They eat handouts found in parks, trash cans, parking lots, back yards, and scraps behind restaurants. They mate often and babies now have to join the struggle for survival.

Hundreds-upon-hundreds of stray cats wander Boca looking for food and shelter. Some of these cats have even been found halfway dead in such places as Boca Del Mar at Mizner Trail Golf Course.

This is why Boca Raton resident Jane Springston is giving a helping hand to these paws. “I don’t like to use feral cats because it makes them sound unwanted, I like to call them Community Cats,” said Springston.

What is a Community Cat? – A BocaWatch Article from 2018

Community Cats reside in a location for food and shelter. These cats live outdoor and like any other members of the cat species. However, Community Cats are not socialized to humans and therefore are unadoptable. 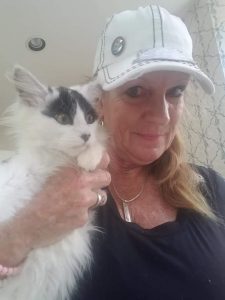 Springston dedicates her time and resources to help these cats. “I volunteer and I don’t care if one of these cats comes from the moon. I’ll help them and I’ll help a life,” said Springston.

Springston has a program called the Community Cats of Boca Raton. “I’m not with the city and the city doesn’t give us the kind of help we need. But my heart bleeds for these cats and we need help,” said Springston.

In order to help these cats and the community, they use a trap-neuter-return strategy. This is a strategy that marks cats who’ve been caught and treated by marking their ears. This marking shows that they’ve been free-living cats that have been neutered.

The Palm Beach County Ordinance about Community Cats has listed they allow for people to take care of these types of cats and kittens. However, taking care of them has it limits. For instance, people cannot just dump any kind of food anywhere for them. It is recommended you contact someone who carefully handles cats and trap/neuter them to limit the number of community cats. 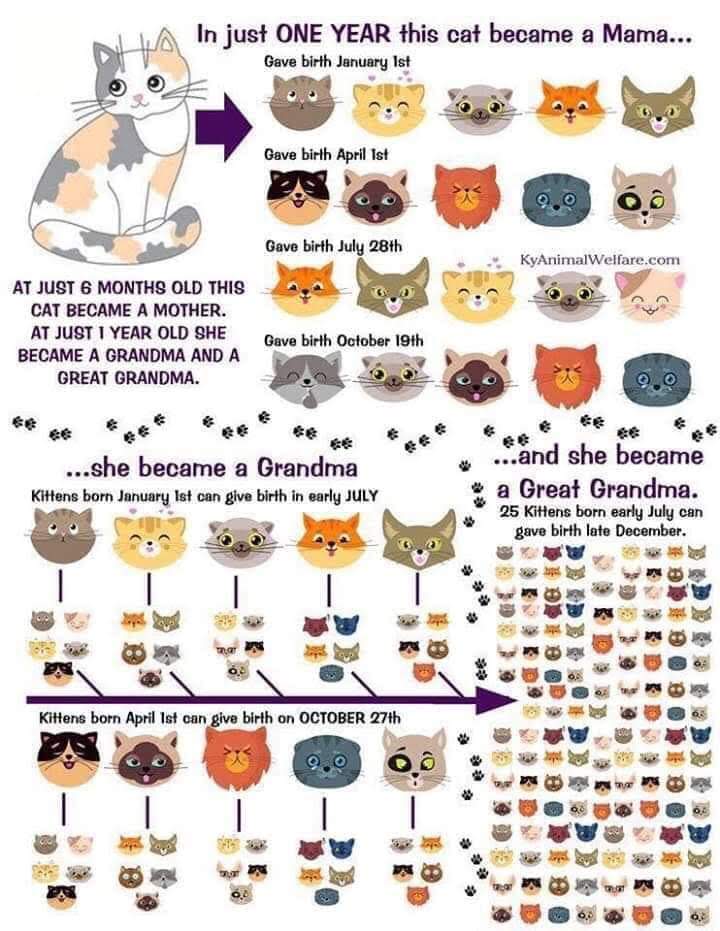 Female cats that aren’t sprayed can have up to three litters a year. The continuous cycle of breeding, pregnancy, birth, and nursing is harder on these female cats, never allowing her to get and stay healthy. Unaltered male cats actually fight for dominance and breeding rights. This can cause injuries and possibly spreading diseases such as the spray to mark territory. Male cats will go long distances to breed with unsprayed females causing more cat colonies to pop up into an area.

Her eyes are the color of a newly bloomed bluebell from the valley, enchanting, delicate. Like a flower his gaze was never direct, preferring a shy earthbound focus. Just to say her eyes are blue was like saying that the sun was yellow. It is sufficient but not accurate to capture the burning. “I’m always on the move,” said Springston, “I found a blue-eyed cat along a canal and my hope is to rescue the kittens to along the mosquito-infested and trashed canal that I was told the county won’t do anything about,” said Springston.

The street stretches onward, hugging the land, taking each turn in stride. The street looks like an unfinished painting. Some of the canvas is still white as if waiting for the artist to return. The busy road was a smooth grey and black river, the sort of wheels floats so effortlessly along. He padded through the streets with his head hung low. His injured eye was every shade the sky possessed from dawn until dusk. 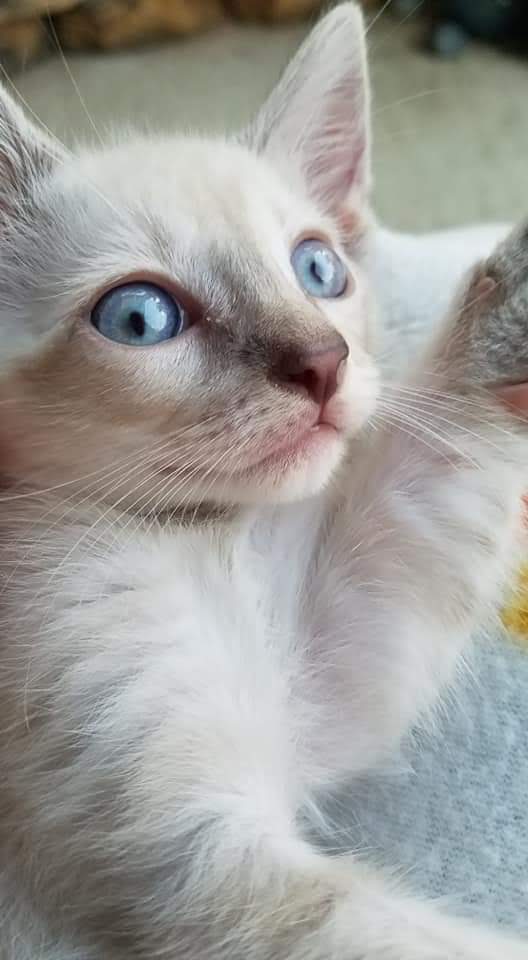 He is only a few months old.

Springston said, “He [Pookie] was picked up on a busy street. A nice couple rescued him. They wanted only the best for this little baby.”

Pookie was found by college students and they couldn’t afford a vet bill for the kitten and they also could not keep it. They were sent to another rescue organization that told them, “We are full.” Therefore, Springston was contacted. “Pookie is feeling much better and he looks at me with a thank you each time,” said Springston. “I may be “full” but my heart is not and there is always room in my heart to save a life.”

You may join the Community Cats of Boca Raton Facebook group to follow Jane Springston saving our furry friends and to see information on how you may help save a life.