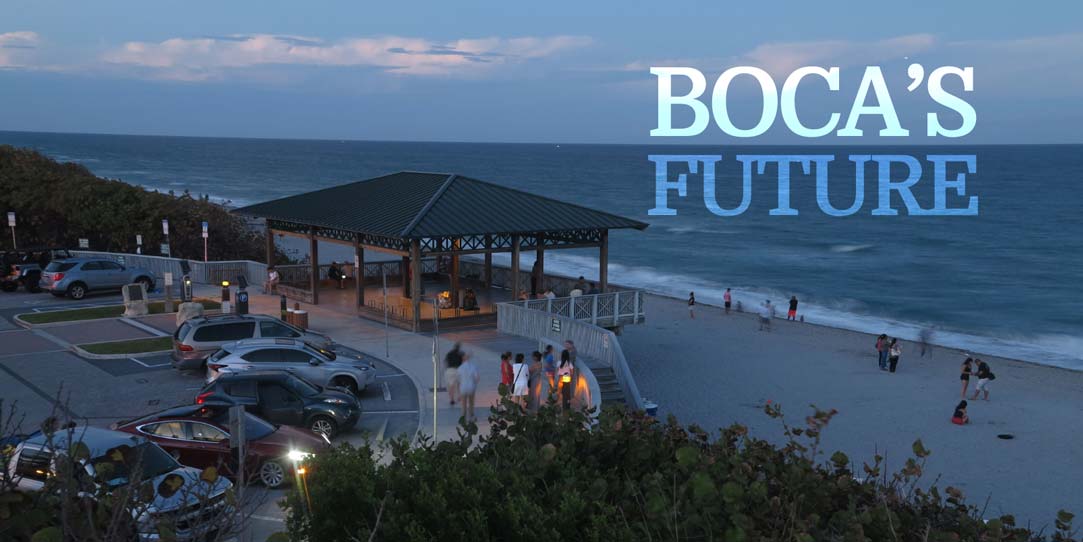 “PLANNING” A basic management function involving formulation of one or more detailed plans to achieve optimum balance of needs or demands with the available resources.

When you are in politics or government, there is always the pressure of the moment. But what is expedient, isn’t always ideal. That is why foresight and planning are crucial to good governance.

In Boca Raton, we have had it both ways. Back in the 1990s, when our civic leaders were struggling to revitalize the semi-derelict downtown area, they decided to hold a massive public consultation—a “charrette”—to determine what might be the best use of the land. Having heard from all interested parties, not just developers, City staff and the Council drafted an Ordinance to govern Boca’s downtown development.

That Ordinance (4035) was distinctive in several ways:

Then we entered, to put it politely, our “developer dominant” phase. The mantra of our City Council seemed to be “try to build it, and we will let you.” This was the era of decision making marked by the controversy over the massive Archstone project on Palmetto Park Road, the construction of the “let’s see what it looks like” Mark, and a high-rise hodgepodge that came to fruition around 2015, with more massive buildings proposed like the three-block long box a developer wanted to build along SE Mizner Boulevard. Suddenly Boca Raton didn’t look like Boca anymore, and residents stuck in traffic or searching in vain for a parking space suddenly were asking themselves “how did THIS happen?”

The short answer: our City Council LET it happen—by looking at proposed projects on a case-by-case basis and by changing or ignoring the rules. Two examples: they scrapped the precondition in Ordinance 4035 requiring widening of Camino Real prior to further development; and they amended their approval of massive Tower 155 (now under construction) to increase its ocean-view height to twelve stories while reducing the requirement of the lot size from 2 to 1.2 acres. The first decision was stupid, and is complicating redevelopment of the area today; the second was a disgrace.

Tower 155 is instructive because, while it may end up being a handsome building (for which its residents will pay handsomely), it is a poster child for bad planning. Just go look behind the post office at the “alley” which separates Tower 155 from the post office and the adjacent block-long strip mall. It is fifteen feet wide, just wide enough for a fire truck. But what will happen to the value of all those million-dollar Tower 155 apartments currently overlooking Mizner Park when the owner of the strip mall and post office next door (the ubiquitous Mr. Batmasian) decides to redevelop his land into a ten-story residence or office building? Tower 155 owners will literally get the shaft—as in airshaft. Did anybody even think about this when Tower 155 was in the planning or approval stages, or when the developer came back to our City Council with his “may I have some more…” amendments? Nobody asked or cared how this new building would fit in with its neighbors, present and future. It is a perfect example of why our City officials need to take the long view.

Which leads to the following questions:

Boca’s elected and appointed officials, its civic leaders and its residents need to agree on a common vision of how our city should evolve. We may not be able to reverse the mistakes of the recent past, but we can certainly avoid repeating them in the future. Development in Boca should be planned development. What’s going on now is haphazard and hazardous to our future.