Home Boca Raton Politics The Requirements for City Council Candidates: Could YOU Do It?

Representative government means that once elected, a council member’s vote is subject only to the resident voice on particular issues.  Most issues go unnoticed by residents and those that generate resident interest are the exception rather than the rule.

In reality, the only time the resident get to identify a council person’s positions on issues is in the election process.  Council members elected without opposition prevent the public debate on the political issues of the day.

Call to action:  Candidates step forward.  Hold the current council to the task of representing the resident.

For the most part, the current council has mostly been a disappointment.

You need only look at the candidate’s contributor list to see who the influencers are….Follow the money to predict what the future votes of your elected representatives will be. 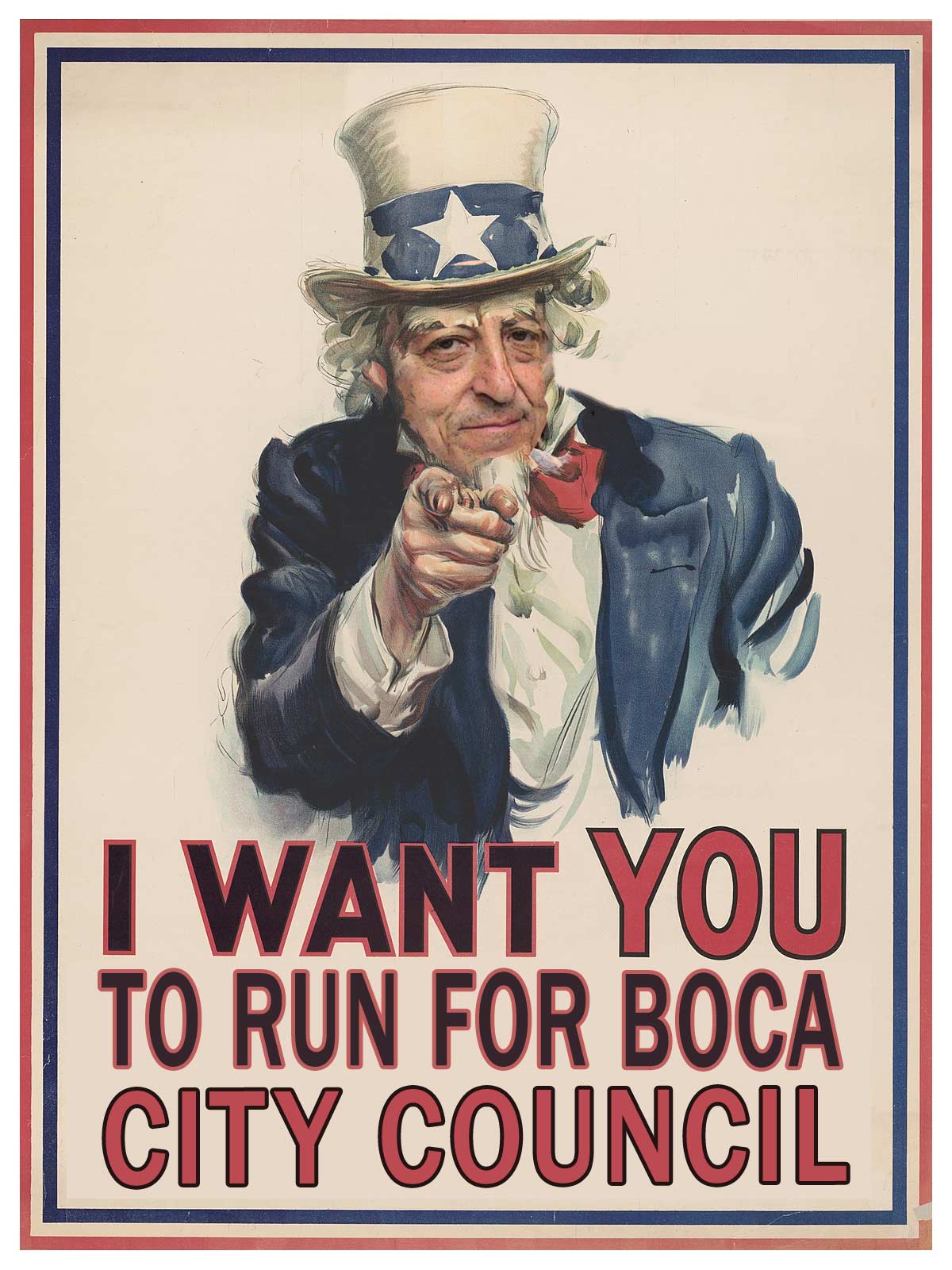 LESS THAN 90 DAYS FROM NOW

Seat A & Seat B Candidates have no opposition currently and will not have to face any competition.

Declared candidate for Seat A:

Declared candidate for Seat B:

What is Wrong with this Picture ?

City Council Members Do Not Educate or Encourage Residents to Participate in Our Municipal Election as Candidates.

From the City’s Website’s [with links corrected] ‘Candidate Qualifying‘ page:

In order to qualify as a candidate, the following State and City forms must be completed and submitted during the qualifying period.  All forms are available online as well as in the City Clerk’s Office.

Interested in being a candidate for the upcoming Boca Raton election? I coach and mentor potential candidates. Contact me, Bernard Korn – and I’ll give you the information, just like the information in this article, to improve your chances of winning.

Please call me for more information: