On May 7th in front of a crowd of approximately one hundred people, Mayor Susan Haynie presented the 2016 State of the City Address. At the monthly Federation of Boca Raton Homeowner Association meeting were representatives from numerous associations, as well as the City Council, Boca Raton Police Chief, Chamber of Commerce President and other dignitaries. 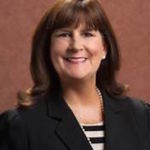 Not quite the same as hearing from the Mayor herself, however here is an opportunity to see the presentation on Power Point.

State of The City Address for Federation 2016