Home Boca Raton Development The Case For A Band Aid 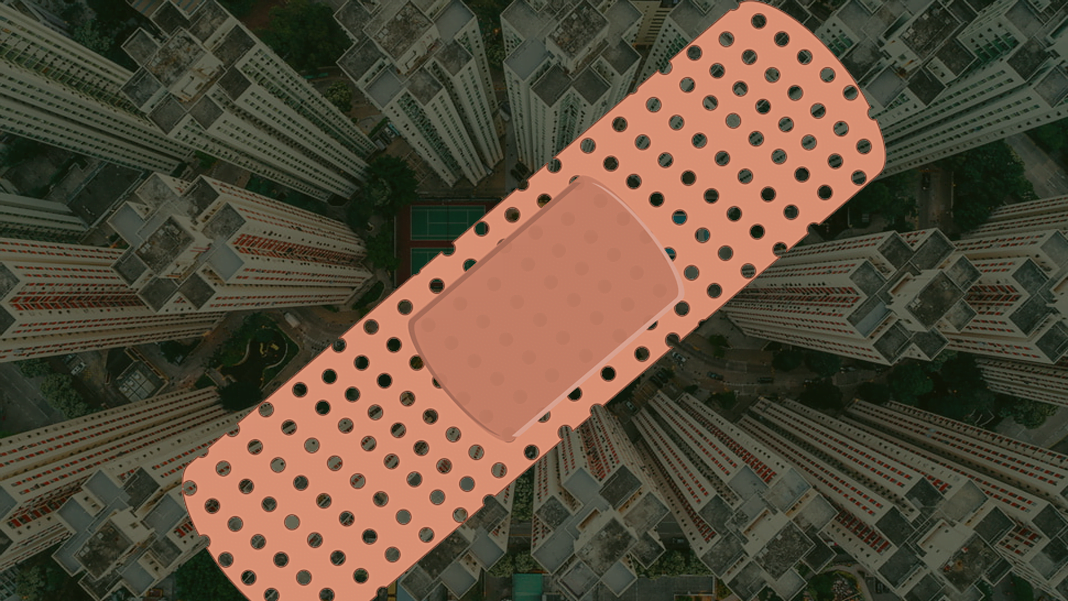 Parking in our Downtown does not meet the Downtown’s needs. If nothing is done, customers will continue to drive away from Downtown Businesses, prompting the never-ending cycle of quick closures to continue, and new businesses will locate elsewhere, instead of Downtown. Until one or more permanent solutions are effectuated, we need a Band-Aid. And there are several Band-Aids that can be implemented TODAY.

The CRA has spent a lot of money for an outside consultant, Kimley Horn, to guide the CRA Commissioners on short-term and long-term Downtown parking solutions. At the April 23, 2018 CRA meeting, Kimley Horn presented findings which led to a conclusion that shared parking between private property owners in the Downtown is an effective short-term solution which can be quickly implemented, and which is utilized by many other municipalities. The CRA has taken no action to date.

Right now, Ordinance No. 4035 requires an Individual Development Approval (“IDA”) Amendment for a property owner to rent or make available at no cost vacant parking spaces to another property owner or the public. The reasoning is that a building’s IDA approved a certain number of parking spaces. Unfortunately, an Amended IDA is an expensive, lengthy and complicated process. A simpler approval process is needed.
Right now, there are over 1,500 parking spaces in the Downtown within privately owned lots and garages that go unused daily and could be shared or opened to the public.
A Downtown valet operation rented 50 parking spaces by the month from The Mark. The City initiated a code enforcement hearing because The Mark had not amended its IDA. The Mark cancelled the month to month agreement. In actuality, The Mark has loads of unused parking spaces because some its apartments and shops are not rented, some of apartment and shops that are rented do not use all their allocated parking spaces all the time and The Mark has parking spaces beyond what is required.

The parking for the office building (Bank of America Tower) in which my practice is located in Palmetto Place. My building has a lot of vacancies (which leaves parking spaces unused), and for the most part the parking needs of my building end at 5:30 PM when most office tenants leave for the day. After that, parking is free and open to the public—but very few know that, and nothing notifies the public of the available parking. And if Palmetto Place, let the public know or charged the public for the parking, the City would initiate a code enforcement hearing.

Let’s open up these unused parking spaces. A Band-Aid that can be administered immediately and without any cost to the CRA.

Commissioner Scott Singer, every time a Downtown parking conversation takes place, throws out an idea that is lame in the starting gate: a city-owned garage on the west side of the FEC tracks, on the City Hall campus. However, not a single other elected is in favor of this move because the consultant strongly advised against it. Such a garage would not only take years and millions to build, it would (if air rights permission was granted by the railroad owner) have to be elevated sufficiently for trains and trucks to pass under. This would require elevators and secluded and enclosed space which may lead to criminality, vagrancy, sanitation issues, etc. Commissioner Singer is alone-nobody else will agree to it. Therefore, if the CRA is to acquire property to build its own garage, it is several years down the pike. It’s not happening. That’s why Band-Aid solutions are called for.

At least one draft ordinance has been prepared on the private side to permit shared parking, whereby spaces which are verified as unused are rented by one property to another for valet use and use for patrons of particular businesses. I, for one, can propose some additional touches.

I’ve previously proposed the following to the CRA, beyond the “no-brainer” shared parking ordinance: The CRA can cover downtown garage owners (with verifiably excess parking capacity and nighttime parking capacity) under a master insurance policy. The CRA and the property owner can station a car-counter, to track how many cars enter to park. The CRA can incentivize the private lot owner to open up to the public by paying the owner $1 per car per day as rental, beyond the insurance coverage, and the CRA can use conspicuous signage to mark the lots and garages in which parking spaces are available so that the public can locate available parking spaces near a given destination.

Even further, a CRA is not a municipality. It can spend as it chooses without competitive bidding for CRA purposes. Everybody wants more “point-to-point” transportation in and around the Downtown. Round The Town has patiently awaited advertising dollars to run a golf cart transportation service in and around the Downtown, including Old Floresta and the Beach Pavilion. But, the fleet is very small, the advertisers have been few, and I believe the service is doomed without some public funds.

I suggest that the CRA tap into its wholly unnecessary (the bonds are guaranteed by the Downtown tax increments) reserve of millions of dollars, and either subsidize Round The Town or advertise CRA events and local businesses like crazy at CRA expense. Otherwise, like The Downtowner, Round The Town will move to a city which subsidizes transportation, and we will, once again, have none.

I propose that the CRA create fixed stops with signage for Round The Town at the locations where there is available parking. Round The Town could add circulator transportation around the Downtown, going lot to lot – garage to garage, costing the CRA virtually nothing, when compared to land acquisition and garage construction. And, somehow the CRA can create an app to let the public know where to find the parking and transportation.
For over 30 years, Downtown property owners have paid special assessments to get special CRA treatment and services. The CRA is a regulatory mess which provides very little back to the owners who pay those assessments. The very least the CRA can do is find ways to get cars into parking spaces, and then get those who park from Point A to Point B. There is no reason for the CRA to have a multi-million dollar bond funded reserve. It’s time for the CRA to cut the red tape and start promoting business growth. That’s why the CRA was formed.

Perhaps a public garage or lot will be built, some day, on public land. However, that is (at least) years away. Downtown business owners are bleeding now. Downtown customers are endlessly circulating for a parking space. Until that day, let’s start with the Band-Aids discussed above.