The week of July 17th, perhaps one of the busiest seen in the recent past, has brought to the public’s attention two items of significant fanfare in the recent past.  Sober Homes throughout the city and county and Private Expressive Installations in the public square; open items of public concern.

On Sober Homes, BocaWatch published Sober Homes Invade Boca Raton, Feb. 6th, 2017.  The article pointed out this growing and challenging issue within our city.  On January 20th , the Palm Beach Post published an update to this issue; reporting on the efforts of both Delray Beach and Boynton Beach.  According to the Post, both cities, the first cities in Florida, have passed ordinances to ‘force’ sober homes to meet standards designed to protect recovering addicts in order to remain open.  These ordinances require operators of sober homes to ‘certify’ with the state-designated Florida Association of Recovery Residences (FARR), a Boca Raton based certifying organization, to prove the sober homes’ operations meet the business and housing standards set by that organization.

The Post reported that Delray hired outside counsel, Daniel Lauber, to study the issue for the city and establish guidelines designed to protect the resident.  Using FARR guidelines is encouraged by the state of Florida but not required.  The Delray Beach ordinance requires sober home operators show proof of certification or compliance with the rules.  According to the Post report, if the sober home does not comply, the city can shut it down within 60 days.

The adopted ordinance also attempts to prevent clustering of sober homes in the future.  Provisions limit sober homes to ‘one home per 660 feet, or one city block, unless the group home receives an exception from the city.

Boca Raton seems to be missing in action on this very troubling issue.  Councilman Scott Singer is the City’s representative on the County’s Sober Home Task Force.  BocaWatch sent Councilman Singer a text message last week requesting an update on the sober home situation within our city and any progress the city has or is planning to take on this matter.  As of the time of this writing, no answer has been provided.

Remember the ‘satanic’ expression placed in Sanborn Square during the Christmas season last year?  The City Council’s response was to direct the City Attorney to draft an Ordinance discontinuing the City’s policy which allows ‘private’ individuals and entities to place ‘expressive installations, displays, exhibits and similar objects in Sanborn Square’ (“Installation Policy”).  This policy has been in place since December 1990 but, if this ordinance is passed, will discontinue the ‘private expression.’  According to the proposed ordinance, there will be no limit on any other form of expressive activity within the square “including but not limited to demonstrations, protests, rallies, speeches and the carrying of portable objects, signs, banners or similar types of messages.” 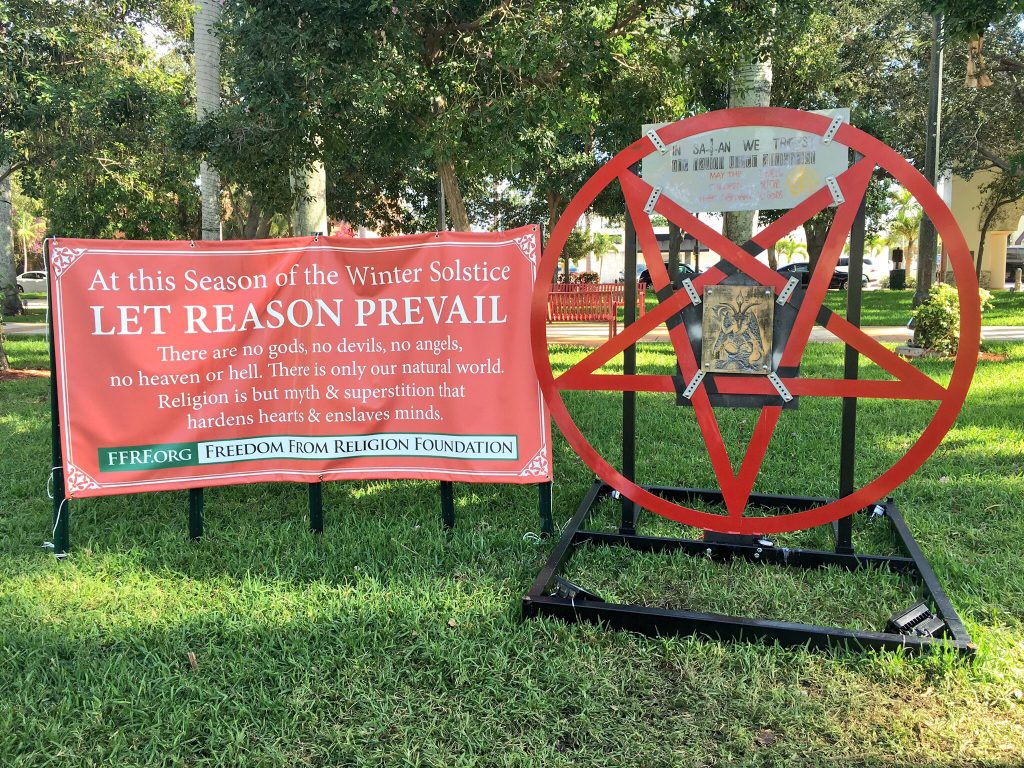 Attached below is Ordinance 5397.  It is anticipated that this ordinance will be brought forward for City Council action when the Council reconvenes from summer recess at the August meetings.  Stay tuned….