A few of the citizens who prefer commercialization of Boca Raton’s city-owned Intracoastal Waterway properties are spreading false information about Ordinance 5356. This ordinance, which will be on the November 8, 2016 ballot specifies that city-owned land adjacent to the Intracoastal Waterway shall be used for recreation only…no commercial development. This article provides more information to support the argument that the ordinance just prohibits commercial development and provides for a wide range of uses at the discretion of the City Council.

The following link points to some background on the situation. Understanding the ordinance. Note Ordinance 5356 is referred to as Proposed Ordinance 28-1308 in the linked article. This means that when Ordinance 5356 is adopted it will be included in Section 28-1308 of the Code of Ordinances. 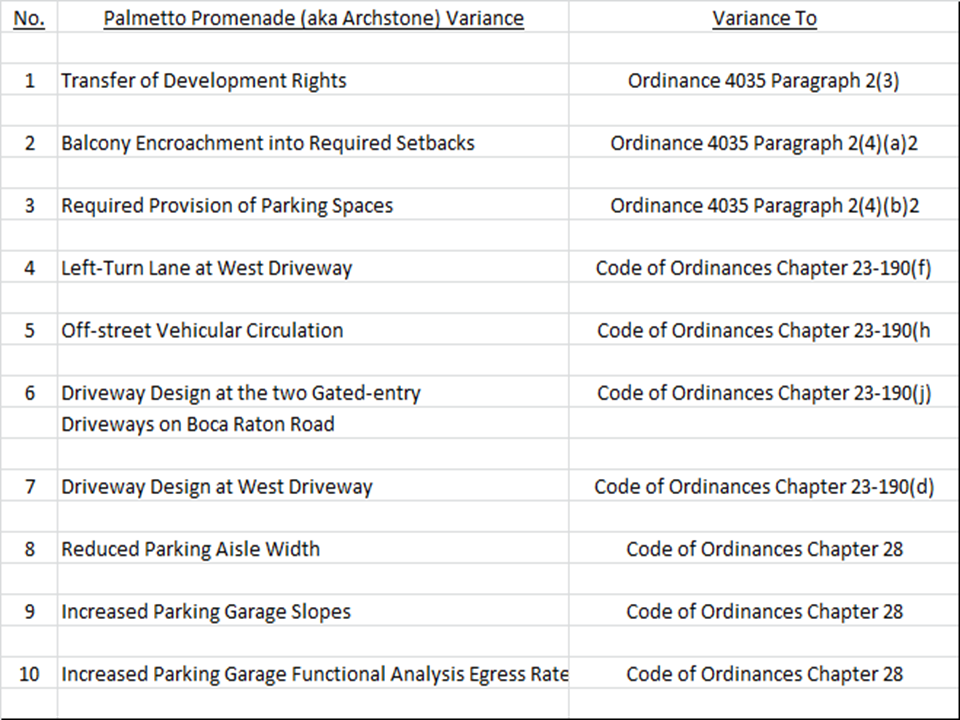 Of significance in this example is that the variances to the ordinances were granted by the City Council for a proposed development on private property. Ordinance 5356, on the other hand, applies only to property that the city owns. So the City Council, in the case of a variance request to Ordinance 5356, would be deciding on granting a variance request for city-owned property, i.e., city officials will be the petitioner and the decision-maker. In the short (2.5 minutes) video pointed to by the link below,  Deputy City Manager George Brown explains the decision-making authority held by the City Council when it comes to Ordinance 5356 and ordinances in general.

Also, in this video are some examples of uses permitted under Ordinance 5356 by Ingrid Allen, Senior Planner. A wide range of concessions from food to sports are mentioned. Watch You Tube

In summary, Ordinance 5356 provides for recreation and supporting uses for city-owned land adjacent to the Intracoastal Waterway. The ordinance is designed to prohibit commercial development on these lands and protect them for on-going recreational use. In the case of a desired use that is not foreseen in the ordinance, the City Council has decision-making authority to grant variances. The fact that the land that the ordinance covers are city-owned makes the process simpler than if the properties was private. Palmetto Promenade, a private property, was used as an example of the extent of variances that are granted to enable a project. Ordinance 5356 will not restrict uses pertaining to recreation.