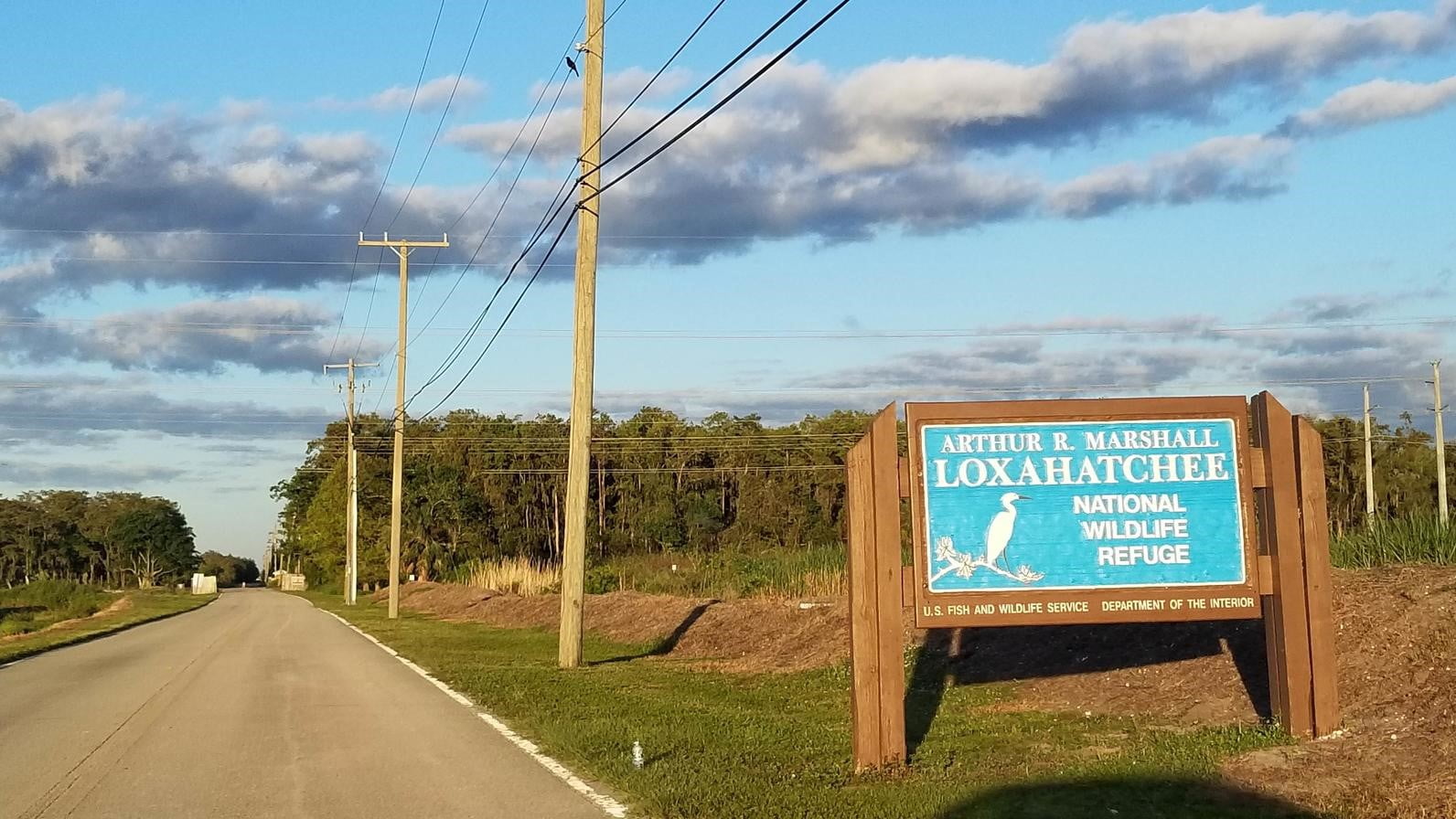 This is the type of environment wildlife service worker Andrew Eastwick and other workers have to deal with when removing invasive plant species such as Melaleuca, at Arthur R. Marshall Loxahatchee National Wildlife Refuge and other parts in the Florida Everglades.

Even though it may not seem so harmful, invasive plants invading the Everglades can cause harmful effects to the ecosystems. Invasive plant species are plants that are not native, grow aggressively, displace other plants, and can actually invade existing ecosystems.

According to lead scientist at South Florida Water Management District worker LeRoy Rodgers, “Boring plants are bigger threats than pythons because plants can change the physical structure of nature and make it something that is not the Everglades.” 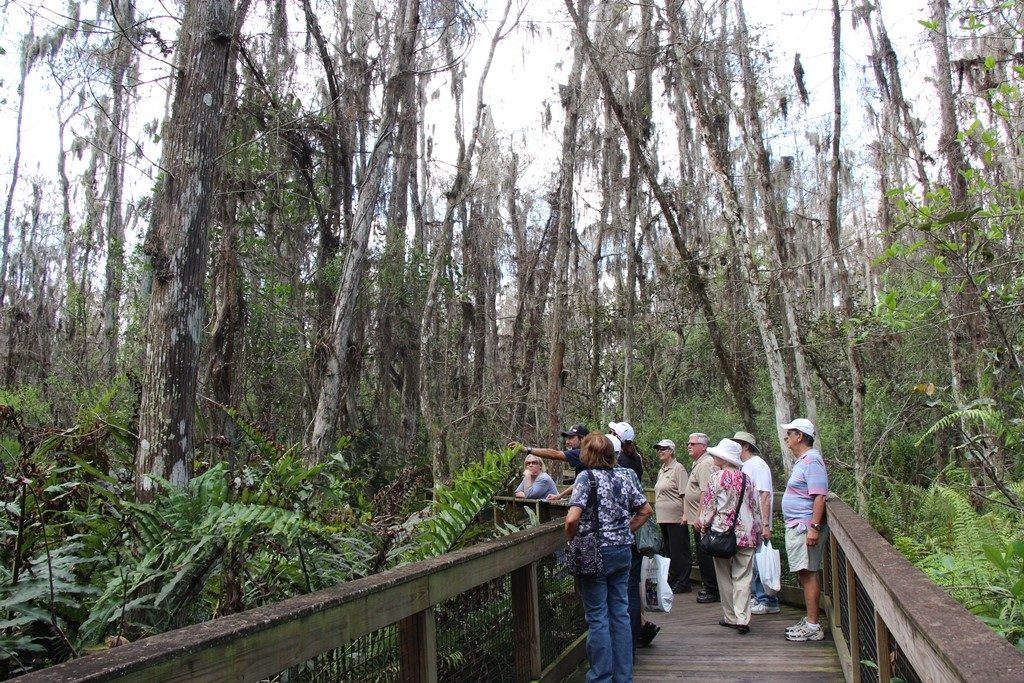 Non-native invasive plants can radically alter the soil chemistry, alter how much light and temperature of the area it invades, and the chemicals in the plants can destroy the native plants of the Everglades. Invasive plants may even disrupt natural water flow and their seeds can spread and continue to create problems which harm the ecosystem and affect wildlife. 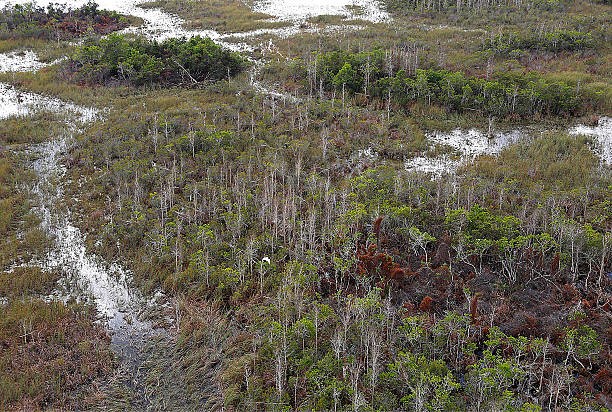 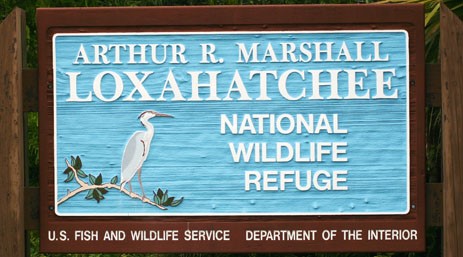 The Loxahatchee National Wildlife Refuge is suffering from large amounts of invasive plants. Two invasive plant species that have caused concern are Melaleuca and Lygodium.

Melaleuca is a native plant in Australia and it grows up to 100 feet, it has white shrubs and the flowers that resemble a brush. Melaleuca is also known to drop large amounts of seeds and when cut down drops even more seeds. In the 1930’s Melaleuca seeds were intentionally dropped into the Everglades by airplanes, in an attempt to dry out and reclaim the “useless swamp.”

Melaleuca was first reported in Everglades National Park in 1967. By 1993, it was estimated to cover 488,000 acres in South Florida, including some areas of Boca Raton.

Since melaleuca grows at a rapid past, many South Florida locals in the early 1970s were encouraged to plant it. Eastwick says, “Well Boca did play a role in planting it. At the time it seemed like many people did. There are even a couple of signs that it was planted in parks and a couple of backyards as ornamentals, near some water areas, such as canals.”

Eastwick and other workers continued by saying how they have found wood segments from melaleuca spread out in local areas. The wood is rot-resistant and doesn’t gain a form of fungus. Since the ban and removal, the state of Florida and Boca Raton’s resource protection Natural Areas and Environmentally Sensitive Land group, have been encouraging the wood of Melaleuca to be grinded as a source for landscaping mulch. “This is another way to destroy it”, says Eastwick.

By the late 1970s, melaleuca removal has been in progress in a couple areas of Boca and throughout all of South Florida. Eastwick ended his statement with a smile by saying, “Boca isn’t too bad.”

According to Andrew Eastwick, “Arthur R. Marshall Loxahatchee National Wildlife Refuge has 56 percent of Melaleuca.” Eastwick continued by saying, “These invasive plants are brought over in from other areas because people would like them in their gardens.”

“Being out there in the waist-high water, covered head to toe in a protective suit, makes it feel like it’s a hundred degrees when we are trying to get rid of these plants” says Eastwick. When asked why does Eastwick love what he does helping the environment, Eastwick responded, “I feel rewarded when I make an impact and I help make sure parts of our habitat don’t decline.”

Melaleuca must be managed because the plant is highly flammable because of the oils contained within the leaves that create hot crown fires. Melaleuca now covers half a million acres and are now being removed at a huge expense. State federals have spent $40 million since 2002 to fight off invasive plant species, and according to Eastwick, ‘That’s still not enough to get it to the level we need to control it.”

One of the ways workers like Eastwick are controlling it is by using chemicals. Eastwick explains, “It’s like we have a giant backpack with a sprayer.” When asked if this method harms other plants, Eastwick says, “Sometimes the wind blows the spray and it drifts, but the chemicals are low toxicity and do not do too much damage.”

Similarly, a canopy of tree leaves restrict sunlight, green, fuzzy, overgrown moss and a climbing vine grows up tall past the muddy brown and black ground. This is an invasive plant species known as Lygodium. 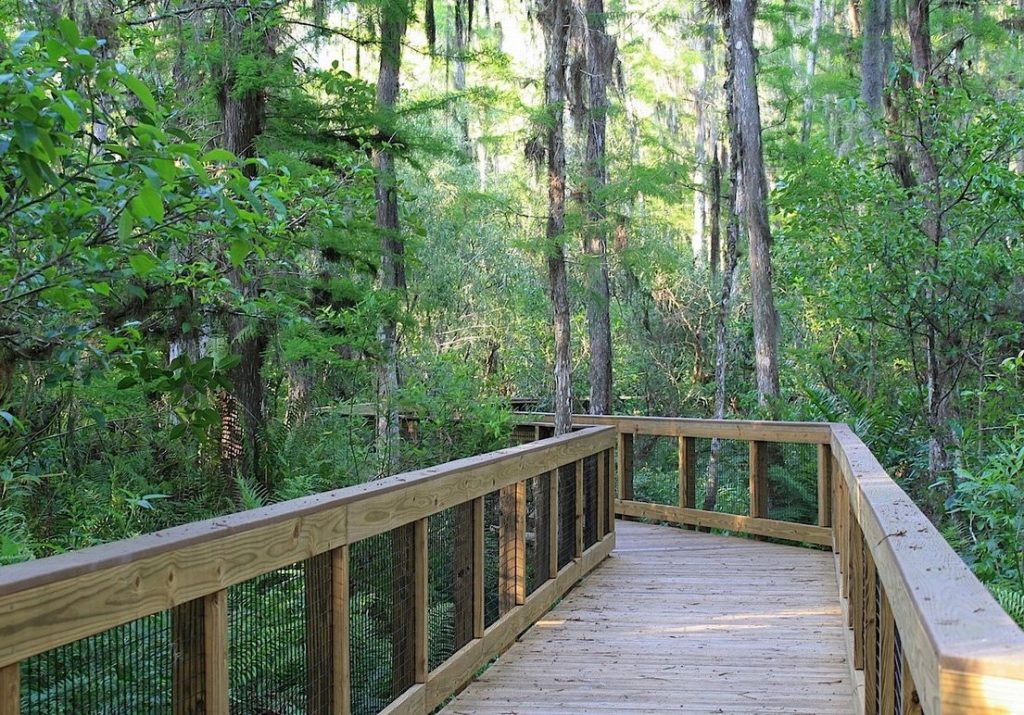 Lygodium microphyllum, also known as The Old World Climbing Fern, is a climbing fern originating in tropical Africa, South East Asia, Melanesia and Australia. It is an invasive weed in the U.S. States of Florida and Alabama where it invades open forest and wetland areas.
Lygodium covers 72 percent of the Arthur R. Marshall Loxahatchee National Wildlife Refuge, and the according to Eastwick, “The refuge has the most tree islands in the Everglades, which means it is more suitable for lygodium to invade.” LeRoy Rodgers has described lygodium as a “climbing vine”, and lygodium has been spread by birds, winds, and even found in parts of downtown Miami.

There is also evidence that it fatally traps medium and large-sized animals such as deer and turtles. The fern’s ability to grow up and over trees and shrubs and to form horizontal canopies allows it to cover whole groups of plants reducing native plant diversity and growth. The invasive plant species pose problems for fires because it can lead fire into the tree canopy killing trees. This plant species is difficult to get rid of according to both LeRoy Rodgers and Andrew Eastwick. “Nothing in the Everglades feeds on lygodium”, says Eastwick, and Rodgers added by saying, “You can’t cut it because it grows right back. You can’t burn it without harming what it covers.”

The Loxahatchee Refuge also works with the U.S. Fish and Wildlife Service working in a partnership with the South Florida Water Management District. Water quality and the quantity of water flowing into the Everglades are issues no less pressing that is the spread of invasive plants. “We [South Florida Water Management District] help with some of the scientific research and progress. The nutrients in our water also play a role in our ecosystem”, says Rodgers. 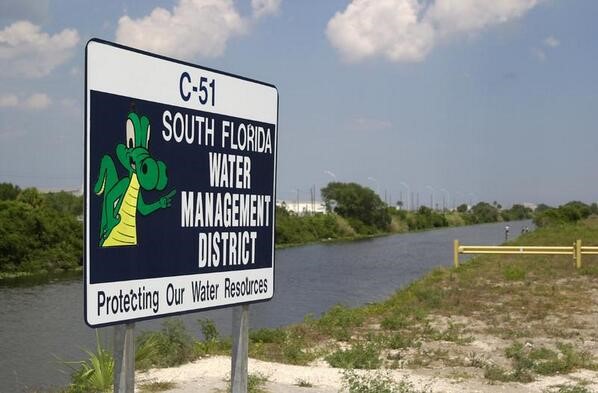 Invasive plants are growing and now cover more than two million acres of the Everglades. Eastwick says, “Our Florida climate is hospitable and because of that invasive plant species cause more of a crisis here than anywhere else in the continental United States.”