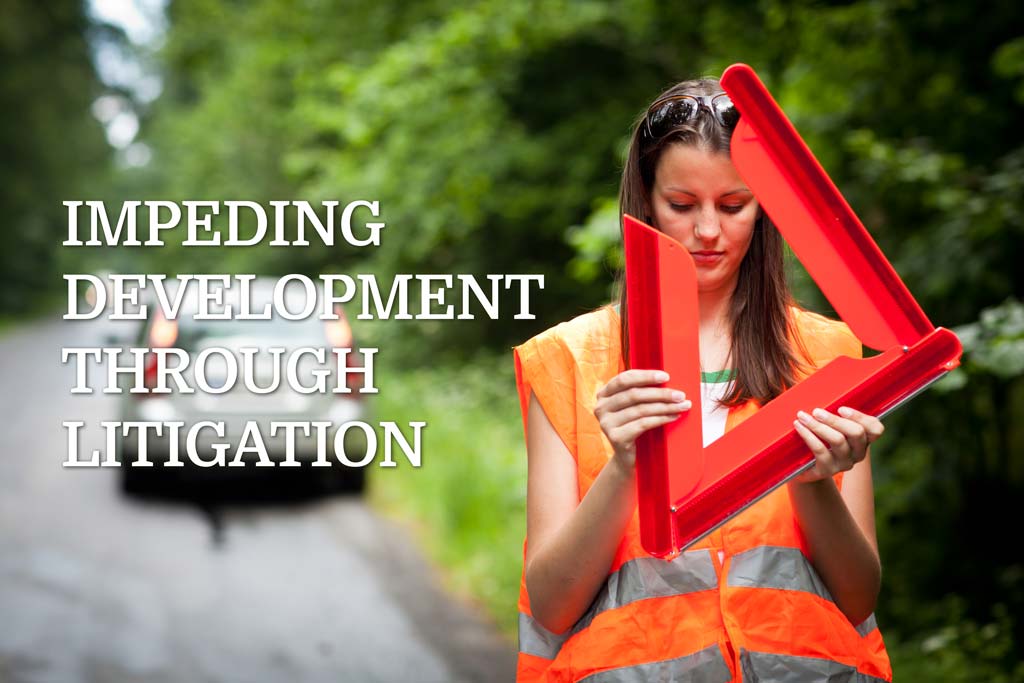 Robert Sweetapple is the lawyer representing the landowner of the much discussed beachfront building lot at 2600 N. Ocean Blvd. The landowner has a appeal filed against the City of Boca Raton for the denial of a single variance to construct a home on private property and, in a second filing, to have the Circuit Court enforce Florida’s Public Records Act against the City of Boca Raton. Alone, these appeals are part of court actions by developers against the City. Together, with other actions being taken in court against the city, they may reveal a pattern of our elected officials opting to practice the risk of impeding ‘development through litigation.’

Bob Sweetapple is the Managing Member of the Boca Raton office of Sweetapple, Broeker & Varkas, P.L.. He is an accomplished Florida Bar Board Certified lawyer in civil trial and business litigation and has litigated in state and federal courts in and outside of Florida, including Kansas, North Carolina, New Jersey, Massachusetts, Connecticut, and Louisiana. Bob has argued appeals in numerous Florida Appellate Courts, including the Third District Court of Appeal, Fourth District Court of Appeal, and Florida Supreme Court and has litigated successfully land use and eminent domain cases locally.

Attorney Sweetapple has filed an appeal to the City Council’s denial of the single variance on the beach front property located at 2600 N. Ocean Blvd. This appeal takes the form of a Petition for Writ of Certiorari with the Appellate Division of the 15th Judicial Circuit In and For Palm Beach County, Florida. This is Attorney Sweetapple’s second filing with the Circuit Court in West Palm Beach concerning the City Council’s role in the denial of the variance. Reports have come in that subpoenas for depositions have already begun to be served on potential witnesses in this matter. The discovery process for a Circuit Court appeal has begun.

The first of these two cases filed on March 15th is a Complaint to Enforce Florida’s Public Records Act where it is alleged that the City has failed to provide timely and accurate responses to an aging public records request. The second, an appeal from the City Council’s denial of a variance to build on the private beachfront property owned by private interests. Both these legal proceedings concern the City Council and City Administration’s actions or lack thereof leading up to denying his client’s application for a variance to build a single family home on the east side of SR A1A, east of the Coastal Construction line; the regulatory line in the sand, where construction is restricted, and, in order to build, a number of applications at the local and state levels must be overcome.

On February 26, 2019, the applicant presented its case to the City Council, sitting in a quasi-judicial role as fact finders for any subsequent Circuit Court appeal from the decisions taken by the reviewing boards at the various levels of public hearing.

The February 26th hearing was the last step, where if approved, the applicant would have been immediately eligible to construct a four story, 10,000 sq. ft. home on Boca Raton’s pristine beach front. This building lot is one of only two privately held building lots on the east side of SR A1A. The other, 2500 N. Ocean Blvd., is currently working its way through the City’s reviewing process. Therefore, whatever the outcome of Attorney Sweetapple’s petition for writ and his complaint to enforce the Public Records laws, there will be a direct effect on both these parcels of beachfront property.

Attached here are the actual complaints for your review.

The reader is encouraged to read them in their entirety in order to appreciate the issues being raised. Attorney Sweetapple presents a compelling case in both filings that will have to be defended by the City Attorney and/or outside counsel. It will be interesting to see what, if any, defense the City will mount to refute the allegations contained.

Let’s take a quick look at these filings.

It his conclusion section, Attorney Sweetapple states that “Institutional bias pervaded the City’s decision making.” Institutional Bias is offered as a term of art citing case law where this term was a major contributor in a similar case where, when established, such a bias was the winning factor for a favorable ruling in an appellate win reversing a quasi-judicial  denial in a case with factual circumstance similar to here.

Furthermore, Attorney Sweetapple asserts that the City openly expressed its desire to acquire the property; that the City has “every incentive” to deny the requested variance “to depress” the value of the property “for its own interests.” Continuing, Attorney Sweetapple argues that “indeed, a majority of the City Council…publicly declared numerous times that they would not support the variance long before any hearing occurred” denying the Petitioner of “any semblance of due process.”

Three City Council members, Scott Singer, Andrea O’Rourke and Monica Mayotte, are alleged to have demonstrated a pre-determination to deny the variance before the presentation of evidence in support of granting the variance. Attorney Sweetapple provided significant documentation and video supporting this proposition. The Council members refused to recuse themselves from participating in the fact finding hearing in February when challenged by Attorney Sweetapple; the appellate record being established.

One last item before going to the Public Records Compliant is that the City’s offering of “substantial, competent evidence” did not satisfy the variance criteria. Attorney Sweetapple and the expert testimony presented seems to shred the City’s offer of ‘substantial competent evidence.’  As stated in my article on the Midtown lawsuit, at this time, the assertions in the Petitioner’s Writ are merely that, assertions, needing to be proven in a court of law.

Here, however, is where it may get interesting.

In the Midtown case, the judge has allowed only the deposition of Andrea O’Rourke to be taken. Elected officials enjoy a bit of limited immunity and protection in the discovery process. O’Rourke, the judge ruled, stepped outside this protection when she published comments and thoughts concerning the Midtown landowner’s quasi-judicial pending application on her personal blog. Hence her deposition is being scheduled. This same limited immunity protection may shield the elected officials from deposition in the Sweetapple pleadings as well….

The filing of a complaint to ‘Enforce the Public Records Laws’ alleges that the City has failed to keep, store and turn over documents, texts, emails and phone records in response to a valid records request. Since this is about the actions or lack thereof of the city officials, the limited immunity protection described above may not attach, thus, opening up the administrative and elected officials to the discovery process and to the taking of sworn depositions….I, for one, anxiously await the opportunity to read such depositions and share them with you, when, and if, they become available.

What may be even more challenging is that in the Midtown case, Crocker Partners have also filed a companion complaint; to wit: violations of Florida’s Sunshine Law. Again, due to the nature of this complaint, the elected official may not have the limited immunity protection and thus may be subject to challenging and extensive questioning.

At any rate, the Public Records complaint has a total of 8 pages and is an easy read. The Writ of Certiorari is a bit more challenging. It is 46 pages but an extremely interesting read to say the least. Both these filings demonstrate the lengths the City Attorney has taken to place obstacles in the way of the City Council finding solution in these complex legal proceedings….

A subject for a future article is whether the City Council, colluding with the City Attorney, has adopted a policy to hinder development through the litigation process.’ Such a strategy would allow the elected officials to argue in an election year that they, the elected official, did everything possible to prevent development but the courts overruled them…

Hence, a plausible excuse to avoid taking the hard decision on what is actually the ‘resident responsible’ thing to do; resolve these conflicts.

Remember…March, 2020, is a mere 11 months away and three Council seats are up for grabs….

Is a ‘development through litigation’ policy calculated to preserve a voter base in the Mayor and Council seats elections?

Is ‘Politics’ the determining factor?  An interesting but rhetorical question!!!