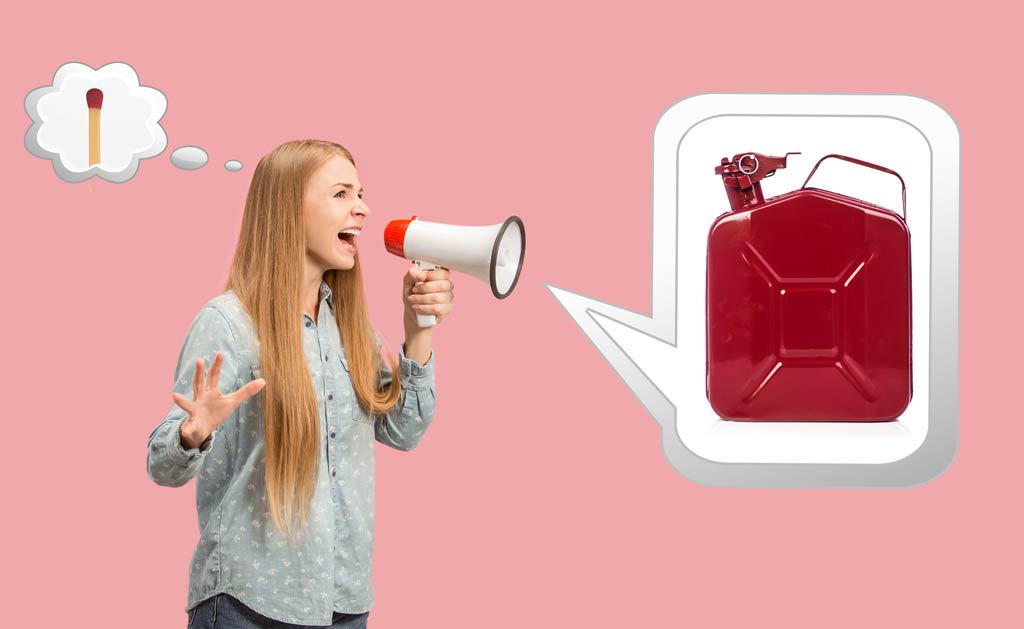 Exacerbation is when something is increased or, in the case of a medical condition, worsened. Here in the USA we have a chronic tendency to sometimes worsen things when we give them attention. There’s several examples around us, going on today, where we’ve failed to recognize how much we’ve exacerbated the things we’re outraged about. When we let our outrage get the best of us we often cause the reverse effect of the intent of our outrage and make the problem worse.

Nationally, our President, Donald J. Trump, has highlighted the issue of illegal immigration as a keystone of his campaign. “Build that Wall” tapped into a sentiment of people who feel threatened by illegal immigration. No matter how fast a wall gets built, it still sends a signal to the would-be-illegal-immigrant community that they better get their acts together and move quick, before that wall gets built. Now we’ve got record numbers of people at the border due to exacerbation. In our border detention facilities there are record numbers of people waiting while applying for refugee status. Despite an intention to reduce illegal immigration, nobody could have promoted the necessity of “leaving now” to Central Americans intending to migrate to the U.S.A. better than Donald Trump did. He exacerbated illegal immigration by talking about solving it. I doubt it was his intent, but that was the effect.

Obama did the same with guns. Nobody was a better gun seller than Barack Obama. People were afraid that Obama was going to change gun laws. So they ran out and bought the guns they thought Obama was going to ban: AR-15s and anything with a large magazine. Obama never really changed gun laws in the way people imagined he would, but you can say without a doubt that his power to get guns in people’s hands was more than fast and furious. Even though Obama swore over and over that he wouldn’t take people’s guns, the expectation that he would drove gun sales up. The more Obama swore he wouldn’t take guns, the less people believed him apparently. Was the imaginary, magnified outrage towards Obama, by a community motivated by fear, what really exacerbated gun sales during Obama’s term? The opposite occurred when Obama left office because people believed Trump wouldn’t change gun laws. Even though Trump banned bump-stocks, signalling that he’s tougher on guns than Obama was, gun sales still have dropped since Trump has been in office.

The Exacerbation of Boca’s Population Boom

Here in Boca Raton it’s a pretty common opinion that development has increased a lot in the last decades. It’s not the town we remember from decades ago. Now it’s a city instead of a sleepy little beach town. At one time in Boca’s history laws were created to limit Boca’s population, but these laws were soon thereafter reversed by courts. As soon as the talk began about slowing down the development, developers took note and the buying trend increased. Buyers wanted to get their land before the looming ordinances appeared, so there was a scramble for land and development approval in Boca. The efforts to cap the population via ordinance failed and the boom it caused in development had meant that the attention focused on the problem actually exacerbated it.

We have to be careful about what we get outraged about. It doesn’t matter whether the issue is based on fact and reason or at it’s core the issue is made up of paranoia and feelings. The energy that we put into it can often have the reverse effect of our intentions and exacerbate the problem we’re trying to address. It takes some degree of forward-thinking to make sure even the most sincerely motivated efforts don’t exacerbate what’s trying to be remedied. On social media many of us are guilty of sharing our immediate emotions towards the outrageous. While that might be helpful towards initiating awareness that doesn’t mean it’s going to be helpful towards remediating the problem that’s justifying our outrage.

Officials: Forced in 2019 to Magnify Outrage

Politicians can’t resist being attracted to outrage and using it as an opportunity they otherwise wouldn’t have had to signal their opinion to their concerned constituency. It doesn’t mean politicians are necessarily being opportunistic or self promotional when they jump on an outrage bandwagon. Politicians respond to outrage immediately on social media today because of necessity: they’ll get phone calls, emails, and will be stopped in public. They’ll get rapidly asked about the issue by constituents and media, and a lingering absence of response or “no comment” makes a statement in itself. If they don’t characterize their position quickly others might characterize it for them.  Above and beyond media telling us what’s outrageous on the news, now we hear directly and immediately, thanks to social media, from people of authority as to what’s outrageous and why we should be outraged by it.

Even in the best cities, in the most nurturing communities, there’s inevitably going to be some fraction of people who purposefully choose to do things only because they’re being told it’s outrageous. Promoting something as problematic or taboo to young people always risks encouraging them to engage in it instead.

It’s Clearly WRONG To Storm A Military Base

The majority of people on social media discussing storming Area 51, an Air Force base in Nevada  where it’s been rumored there are UFOs being hidden, may not be taking it seriously. Most people are taking about it as a joke. There’s a lot of sharing of funny memes about it simply because it seems so wrong and stupid to do. However, in the past, people have tried to trespass there and have gotten arrested, so it’s not really a joke if you try to do it. Given that over a million people have RSVPed to participate in the event, the Air Force felt compelled to issue a real warning to anyone who might be considering it. There are most likely people who are genuinely expecting to go there. As a result they might genuinely get in trouble or hurt. For some people it’s not a joke and the discussion of the event is exacerbating a genuine desire to “see them aliens”.  The Air Force’s warning further exacerbates UFO conspiracy theorist’s certainty that there’s something in there worth seeing that the Air Force is hiding. The Air Forces’s warning empowers them even more to do what the majority of us see as the obviously wrong thing.

An abundance of pure sincerity and empowerment with un-debatable reason won’t enable even the highest authority to convince 100% of an audience with anything. Sometimes certain people will refuse to agree based on who the messenger is. With audiences who aren’t loyal to a messenger and therefore or don’t consider authority credible, a message backfires. This exacerbation has been referred to as the “the boomerang effect”. Whether it’s the existence of UFOs, gun control, illegal immigration, or restricting residential growth, when authority speaks some portion of the people most vested in the outcomes instead end up receiving the message only to reinforce their opposite belief.

When YOU Feel The Outrage – What Do YOU Do?

Today our ability to amplify and broadcast our outrage, as individuals, thanks to social media, is more powerful than ever. Just because we have the power to say it doesn’t mean we should. Just because politicians have the motivation to address critical issues doesn’t mean new laws are necessary, laws where responsibility is shifted from individuals to government. Sometimes, despite our best intentions, we just might exacerbate the problems we need solved. How can we make sure we don’t do that yet again? 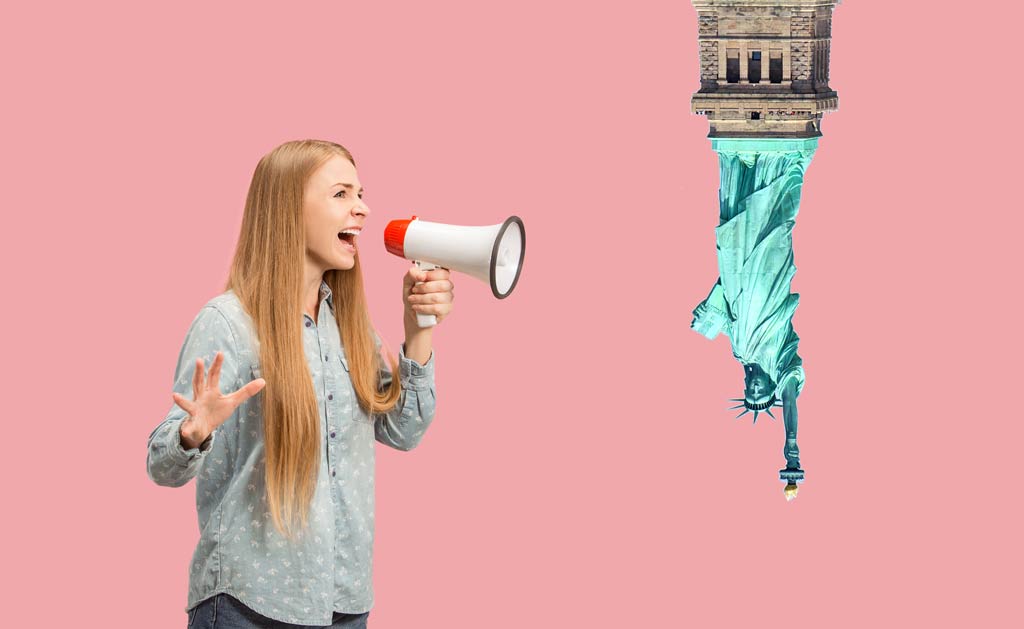