In this week’s article, “The Greater Boca Raton Beach and Park District: A Higher Scrutiny”, I introduced the notion of spotlighting ‘Ethically Challenged’ items of interest conducted by the City Council, individually or collectively, and/or upper level City Administration, including but not limited to the City Manager, Deputy City Managers, and the City Attorney.

‘Ethically Challenged’ is defined to include any item where the public is not provided the information for their meaningful participation in and understanding of the political and legislative process in the official actions of the City of Boca Raton.

Lo and behold….not in my wildest imagination did I think that a mere day later there would be an item that fits on all fours the essence of these concerns….

I point you to this week’s Boca Magazine in a column authored by Randy Schultz.  Mr. Schultz raises a question about the City Manager and the City Attorney; their contracts with the city; and the unexplained non-compliance with the selected terms of their contracts.

Mr. Schultz is often very cynical about the efforts of residents, myself included, and BocaWatch’s criticisms asking for a more open and transparent government process.

Not here, the highlighted article below meets the definition of ‘Ethically Challenged’ and should be widely circulated for the viewing public to read and understand. 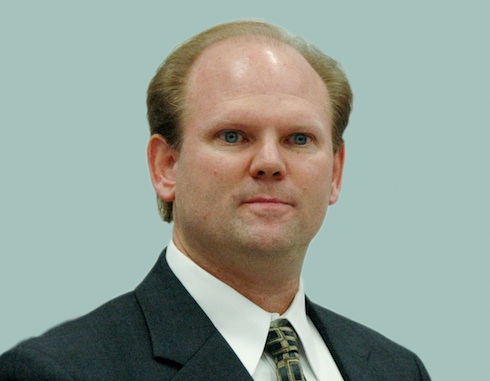 There’s Boca Raton’s tax base, of course. It’s the highest in Palm Beach County, and it helped Ahnell get Boca through the Great Recession far more easily than other cities. Mostly, though, Cooper would envy the status Ahnell holds with the city council after 17 years.

Last month, the Delray Beach City Commission held a formal, public evaluation of Cooper, who had been on the job for about 17 months. From a managerial standpoint, it was like having a checkup by a team of doctors—not all of them friendly—before an audience. The commission gave Cooper a 10 percent raise, but only after expressing collective frustration at the pace of change.

According to a Boca Raton spokeswoman, Ahnell’s last formal evaluation came in 2007. His employment agreement calls for an evaluation each June but doesn’t specify that the council evaluate Ahnell in public.

This year, however, the council didn’t evaluate Ahnell at all, even though the agreement states that the council “shall review and evaluate” the manager’s performance annually at this time. Mayor Susan Haynie confirmed Monday that “we have not evaluated” Ahnell.

In addition, the current amendment to Ahnell’s employment agreement—the 13th since 1999—ends today. Five years ago, with the recession having forced budget cuts, the council didn’t give Ahnell a raise. Instead, the council increased Ahnell’s severance from 12 months to 60 months, practically guaranteeing Ahnell his job. If the council had fired Ahnell in the early months of the agreement for other than an illegal act involving personal gain or a crime of “moral turpitude,” the council would have owed Ahnell a severance of more than $1 million.

The agreement counted down, subtracting an extra month from the severance for each calendar month. As of today, Ahnell is back to a 12-month package of salary and benefits if the council fires him.

If the council failed to evaluate Ahnell on schedule, though, the council also failed to approve a seemingly necessary new amendment to Ahnell’s employment agreement. “We need to take some kind of action,” Haynie said. “We certainly should not ignore it.” Later, after talking to Ahnell, she said the only change is severance, which means there is no need for a new amendment.

Overall, though, Ahnell should have no complaints about his salary. He started in 1999 at $109,800, after the council promoted him from running the city’s management and budget office. Ahnell’s current salary, according to a city spokeswoman, is $240,418, before his pension contribution. In 2001, the council amended his agreement to specify a 7 percent raise over three years. Ahnell kept getting raises at that level until the recession hit. In 2008, it was three percent. In 2009, it was two percent.

Though the council called Ahnell’s performance in 2010 and 2011 “outstanding,” the public usually hears few details about council members’ opinions of the manager. Council members based those 2010 and 2011 ratings almost entirely on Ahnell’s work during the recession, and he deserved the praise. This year, though, the public might want to hear the council’s thoughts on how Ahnell has handled negotiations over a lease for a restaurant on the Wildflower property and other council priorities. One can argue that the public deserves to hear.

In an email, Haynie said the council “can choose to conduct a review individually or collectively at any time.” She added, “Quarterly review of action on [council] goals is an opportunity to assess Leif’s effectiveness in managing the goals.”

The employment agreement, however, specifies an evaluation in June. If the council doesn’t agree, perhaps the council should change the agreement.

And as with Ahnell, Frieser’s employment agreement states that the council “shall review and evaluate” the city attorney, though the agreement doesn’t specify a month. Since Frieser was hired in June 1999, however, June or July would be the appropriate time.

This year, a thorough evaluation would include a review of Frieser’s counsel during last year’s Chabad East Boca debate. The city just lost a legal challenge to the council’s approval of the project. The plaintiffs argued successfully that Boca Raton doesn’t allow museums in areas zoned B-1, like the chabad site on East Palmetto Park Road. The chabad wants to include an exhibit hall.

Perhaps Frieser’s work on that contentious issue was sound. Either way, as with Ahnell, the public might like to hear what the council thinks about that and everything else about the city attorney’s performance. ~Randy Schultz

According to Open the Books the salaries are listed higher than Mr. Schultz reported.