On March 24th 2018 citizens of Boca Raton participated in the world wide ‘March For Our Lives’ in support of the movement iniated by the students of Parkland.

Thousands of residents converged on the field behind City Hall that morning and by 10:15 one thousand #March For Our Lives t-Shirts were long gone. 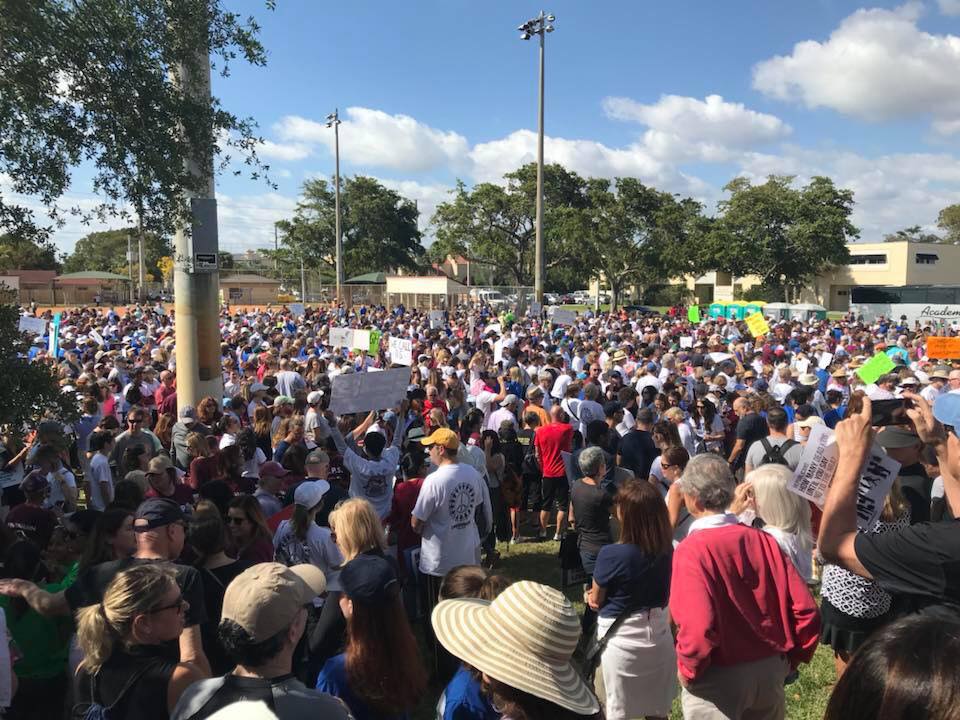 Some had pre registered for the event online and others signed up at tented tables in the center of the field. It seemed like everyone was carrying a sign with a hand printed message.

‘Mothers Demand Action’ was a well organized group with professional signs and banners and members of Temple Beth El showed solidarity for the cause with their supportive message printed on bright orange T-Shirts. 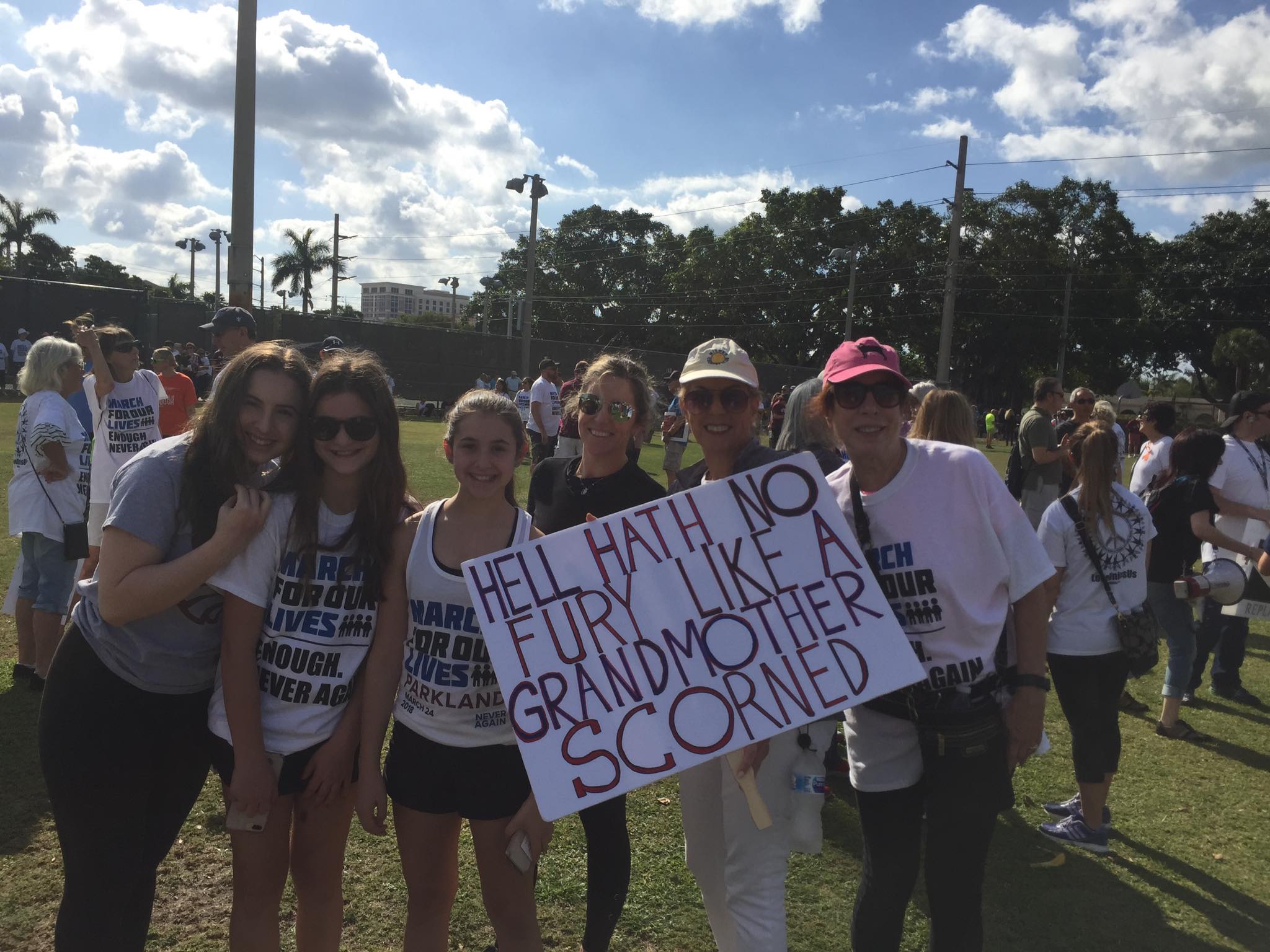 Perhaps the most touching sight were the children holding signs with poignant messages, reminding us that one day they too might be victims of such preventable violence.

This truly was a city wide show of support with many residents from Broken Sound arriving in three large buses.

Around 11:00 AM the protestors began to move out on to Crawford Blvd and ironically past The Children’s Museum, reinforcing the urgency of their mission to send a clear message to Washington D.C.

The March briefly came to a halt at the railroad crossing on Dixie Highway. Barriers went down while the Brightline whizzed by, officials were prepared for the train schedule and held the marchers in check until the next pass of the train.

This time the Brightline moved slowly over the tracks as if the Engineer too was showing respect for the marchers and their mission.

Every effort was made to keep the marchers safe. Trucks blocked road ways and armed police patrolled Mizner roof tops.

The Amphitheatre was packed by the time the last leg of the March reached Mizner Park but images of the victims being projected on a huge screen could be seen from a distance. 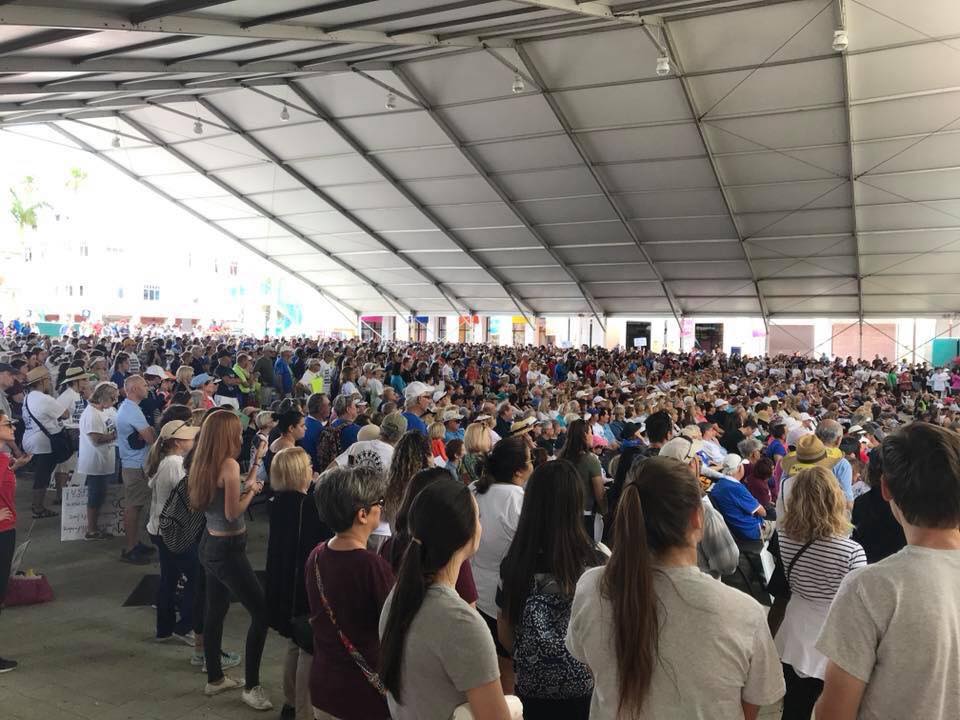 Boca Raton residents wore their hearts on their sleeve on March 24th and for a few hours differences were put aside. The cause was more important than any party affiliation; we were a family, a concerned community, and no other moniker was necessary.