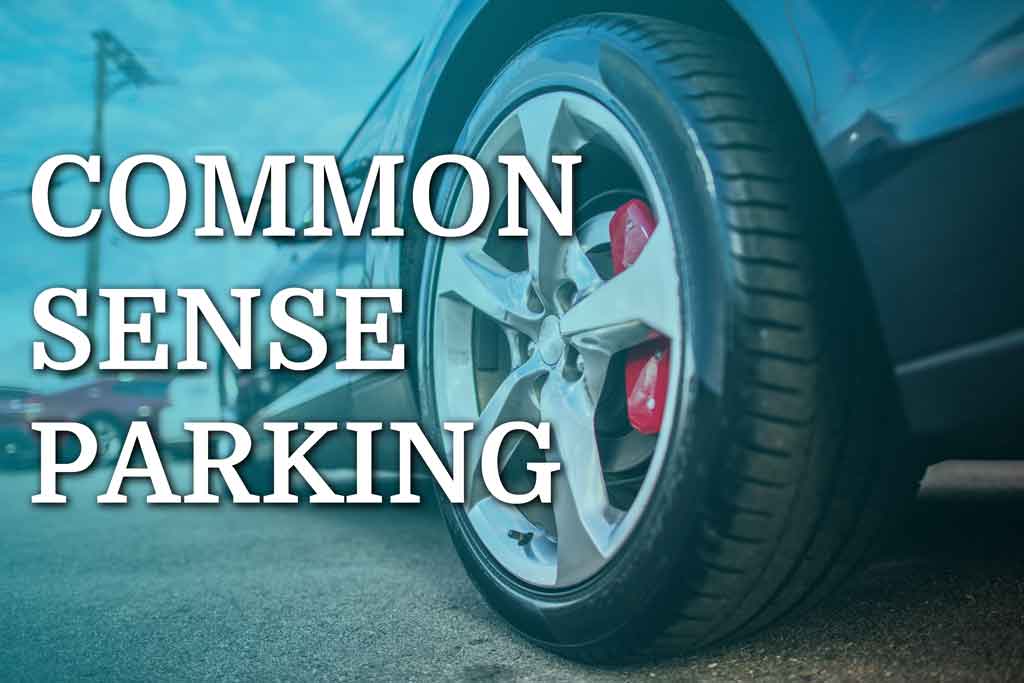 As Boca has grown, so has frustration over traffic and parking. The problem with traffic is that we have too many cars on too few streets. The parking problem is often described as too many cars chasing too few parking spaces.

Traffic is a tough fix. The sad fact is that there is very little that can be done about our streets, as opposed to our intersections. Many proposed “solutions” such as making Federal Highway and Dixie one-way thoroughfares are pipe dreams, given that they fall under multiple government jurisdictions. There is also the issue of cars passing through Boca from our northern and southern neighbors. That falls into the “not our problem” category at City Hall. One potential alleviator of traffic congestion: build fewer buildings that attract cars in places without the infrastructure to handle them. What a radical idea!

Fortunately, there are some easier solutions to Boca’s downtown parking problem. The City Council has already acted on one idea: allow parking in the hundreds of empty spaces in the office, condo and rental apartment buildings downtown. That’s right, there are hundreds of parking spaces that sit empty in office buildings at night and 24/7 in residential buildings that are not totally occupied. Why haven’t these spaces been made available to the parking public? The simple reason is that prior to February 11th of this year, a building’s owner who wanted to offer underutilized parking to the public had to request an amendment to their building’s original IDA (Development Approval). Asking Boca’s Mandarins for this is like asking your dentist for a root canal without anesthetic.

So after three years of study by outside consultants Kimberley Horn, the CRA was persuaded to adopt the Downtown Parking Availability Program. Basically, the program allows owners of commercial, office, institutional, mixed use, and multifamily residential properties located within the CRA boundaries to receive revenues by making their underutilized parking available to other property owners, businesses, and visitors to the Downtown. The CRA is roughly the area covered by Mizner Park, Royal Palm Plaza, etc., i.e. the “new” Downtown Boca. We should be seeing the benefits of this new program soon—provided that building owners decide that the oversight by the CRA Executive Director is worth the hassle of opening up their buildings to public parking. But at least they have the opportunity to pursue this common sense parking solution. The only real question is why did it take the City Council so long to approve the idea?

Which leads to another relatively simple parking fix that the City could achieve with relatively little hassle. The Wildflower Property on the Intracoastal, the subject of seven years of squabbling, will eventually become a park. In the meantime it has 140 parking spaces that sit empty. While we wait, and wait, for our park, Investments Limited, downtown Boca’s largest property owner, has offered to provide free shuttle service if the City would open the Wildflower Property to parking for employees who work in the downtown. A dedicated employee parking lot would go a long way toward opening up street spaces that fill up now long before our stores and restaurants open. But the City has yet to act on Investment Limited’s generous and intelligent proposal. I’m sure they have lots of excuses.

Wildflower would only be a temporary fix. A more permanent solution would be the addition of another parking garage downtown. Perhaps while the City dithers about building a public garage, private landowners will determine that the economics justify their investment in such a structure. But when that day does come, rather than just build another concrete box in Boca’s downtown, perhaps we could be rewarded with something true to the architectural vision of Addison Mizner. And if there is no suitable site within easy walking distance to downtown restaurants and businesses, the City should combine the new parking garage with a shuttle or trolley service that is free and convenient.

Finally, maybe the most proactive solution to downtown Boca’s parking woes would be to put people in charge who are creative and have initiative. Since our City Council has become more “resident friendly” if not “resident responsible,” our downtown managers at City Hall seem to have hunkered down and shied away from decisive decision-making. They are like bureaucrats caught in the headlights of public scrutiny. We are the result: a public that is dissatisfied.

Long ago, Boca’s downtown was identified as a special district in need of revitalization. This required special attention and promotion. It still does. We may not be able to do much about the traffic, but we can certainly do better in providing parking for those who work, live, shop and dine here. But creative solutions require creative people. Maybe we need to put more creative people in charge.