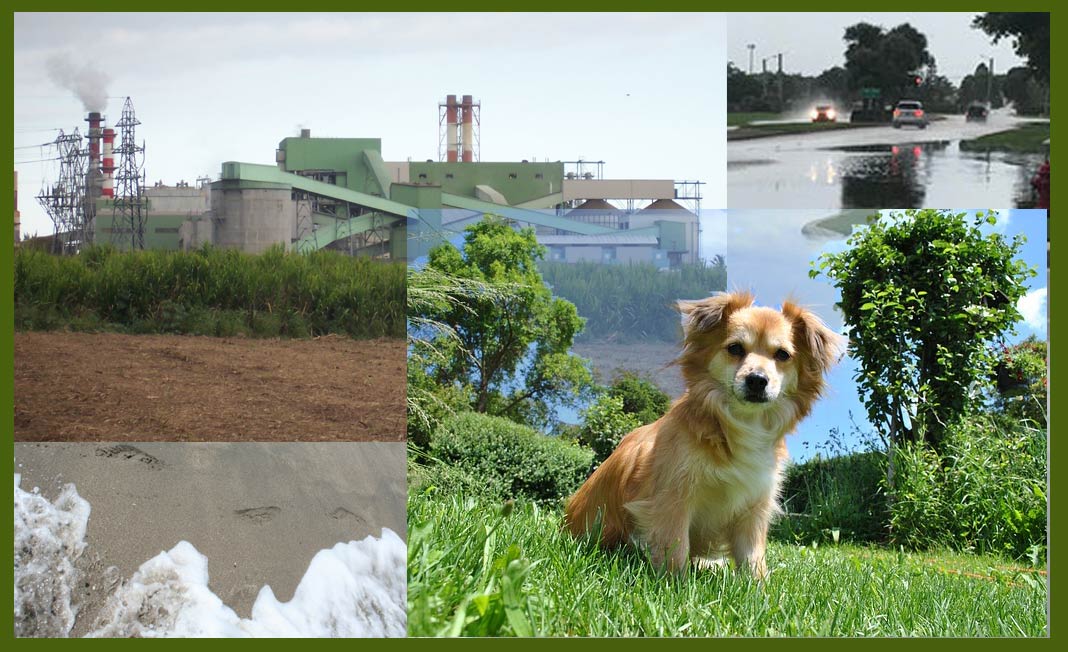 The City of Boca Raton announced beach closures due to high bacteria counts. Residents have expressed their dismay and some have asked if Big Sugar is to blame. Water quality can be impacted by a variety of sources other than farming and industrial pollution. In the case of bacteria counts it’s hard to pin the blame on the sugar industry. The source of that type of pollution is a lot closer to home. The bacteria that’s closing Boca’s beaches is not anything new, it’s caused by runoff, water that runs into canals when it rains. Learn why this water reaching the ocean gets so dirty it closes the beaches.

So what’s causing the closure of Boca Raton’s beaches?

There are different types of pollution that South Florida is dealing with in its waters: toxins, nutrients and bacteria. Unlike the toxins discussed in a previous article or the nutrients from farming that cause toxic algae blooms in the freshwater systems to the north, the cause of Boca’s beach closures is due to another type of pollution: fecal bacteria.

While toxins can be blamed on golf courses and nutrients can be tied to the massive farming industry to our west, fecal bacteria comes from residential runoff here in Boca. This isn’t the toxic bacteria our northern neighbors have had to deal, the type that’s caused by high nutrient levels. As much as people would like to blame the problem on big industry it’s simply caused by how many of us live here and how we live.

The bacteria that’s being counted at Spanish River, causing the beach closures, is known to be caused by a number of sources. According to the Florida Department of Health, the source for the pollution that was tested is as follows:

Enterococci are enteric bacteria that normally inhabit the intestinal tract of humans and animals. The presence of enteric bacteria can be an indication of fecal pollution, which may come from stormwater runoff, pets and wildlife, and human sewage.

Gross huh? So what does this mean? Does this mean Boca Raton’s homes have a lot of septic systems that leak when it rains? It’s doubtful that septic systems are the primary culprit. There are only around 20 homes here in Boca that still have septic tanks. What is then?

The primary reason for bacteria contamination in Boca Raton’s beach waters is: pet droppings. Dog poop left outside, even in back yards, gets washed down into storm drains and eventually into canals. People and industry aren’t the only sources of pollution;  in this case our beloved pets are closing our beaches.

What can you do to reduce the bacteria counts next time it rains? Pretty simple: pick up your animal’s droppings and put them in the garbage.

Don’t be “ghost grabbing” and pantomime your responsibility with a bag on your hand, pretending to clean it up like some actor out on loan. Be a rider on the storm and get as much of it as you can instead! Maybe it’s time to buy a back yard can?

This phenomenon of beach closure due to bacteria happens even in some places where there are no people, where there are no pets to blame. After rains even wild animal waste built up over time can wash down into rivers and close beaches. But here in Boca we can’t blame it on wild animals – there just aren’t that many around. Instead it’s the domesticated animals, and even tiny dogs and cats make waste that adds up. Maybe if we’re a little more conscious of pet waste disposal the next time it rains the bacteria counts will be lower.

Even if we cleaned up our stormwater completely we’d have to deal with the stormwater from our neighbors. Given the speed and strength of ocean currents we’re sharing pollution with our neighbors and vice-versa. The bacteria they’re testing don’t live long in salt water though so we can be relatively certain it came from nearby sources.

The good news is that this problem will go away pretty quickly once the rains stop. And nobody is really into going to the beach when it’s raining anyway. Before you think of hopping back into the water with the first sunshine you might want to see if the City’s given the all clear. It typically takes 48 hours for the problem to subside. Check the City’s site then.

FRIDAY MORNING UPDATE: There’s been no “all clear” from the City. This means it’s not safe to go in the water yet. I saw some people swimming down at South Beach this morning though. I didn’t notice any obvious signage at the Pavillion above and beyond the Lifeguard boards, so maybe they just didn’t know.