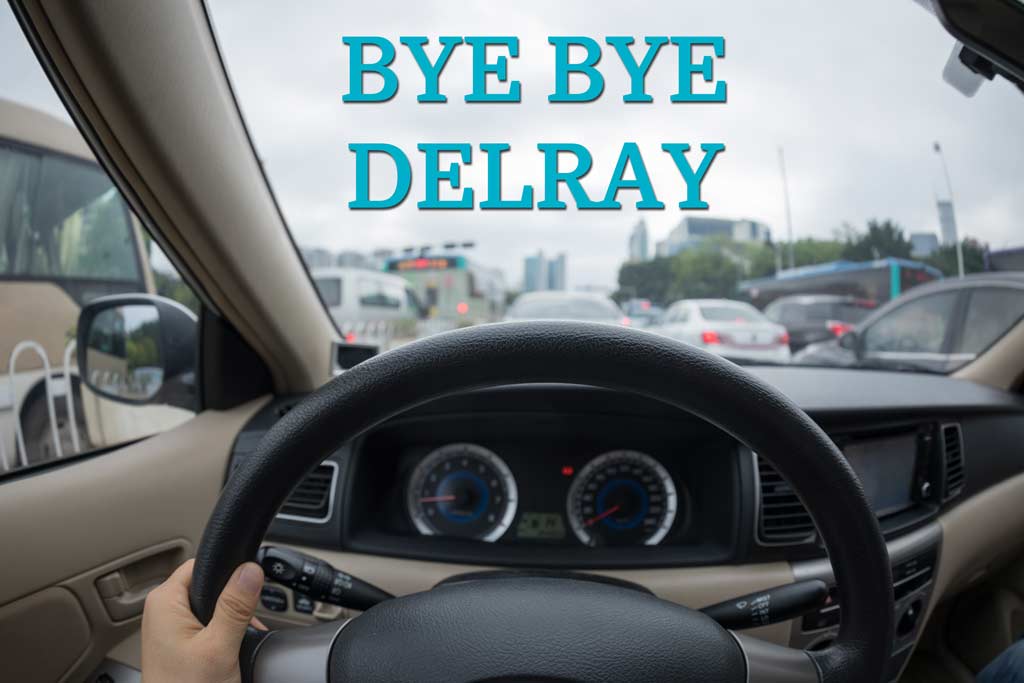 Once sleepy beach town, Delray is about to undergo its second major transformation in decades.  The first came about in spectacular fashion, when city government decided they wanted a vibrant commercial and retail scene along Atlantic Avenue.  They certainly got what they wished for.  And the congestion and parking problems that go with it.  Dozens of trendy shops and popular restaurants and bars now line the thoroughfare, which varies from four lanes, to two lanes, to no lanes when trucks are making deliveries or people are trying to park.  Drive the length of downtown Atlantic on a weekend or at holiday times and you can experience both driving and being parked at the same time.  And the buzz– aka noise– is noticeable.  Delray is definitely a happenin’ place.  But is it a happy place?

Now comes Stage II as the big developers move in.  Three downtown hotels will soon open, with over 400 rooms.  There is a 150,000 square foot Delray Market development that promises to deliver “Florida’s largest food court.”  There is the recently opened Ipic movie theater, restaurant and corporate office complex.  Plans have been approved for a badly needed new underground garage for Atlantic Crossing.  A massive redevelopment of the former Office Depot HQ*  site just south of Atlantic on Congress promises no less than 1000 new apartments with retail and office space to match.  And last but not least, there is the proposed redevelopment at Atlantic and Swinton that is currently tied up in the courts.  The transformation of Delray continues.

Delray’s City Fathers have clearly decided that their 30-year old plan for Atlantic Avenue has been a success.  They have also decided that more is better.  What they have not decided is how to cope with the additional density, traffic and parking problems that this new iteration of Delray will bring.  It is a classic case of build it now, and worry about the infrastructure problems later.  It can take an hour to traverse the length of Atlantic Avenue on a Saturday night.  When all the new construction is in place it could take an hour to travel the length of Atlantic Avenue on a Monday afternoon.  A day at the beach or an afternoon or night out in Delray used to be fun; now it can be a hassle.

Delray’s evolution offers important lessons for Boca Raton.  As we look past the current wave of approved development projects (Tower 155, Via Mizner II and III, the Alina, Camino Square)— all of which will dramatically impact our Downtown and exacerbate traffic and parking problems, what kind of a community do we want Boca to be?  What’s the long-range, city-wide PLAN for Boca?  A split personality city with gated mini-mansions to the west, high rise condos and destination retail outlets to the east, a muddle in the middle, and a university village to the north?  An assortment of city centers (downtown, midtown, uptown) like Houston or LA?  Or just a haphazard mess?  We should be thinking and talking about all of this now, before our future is sealed by stand-alone development approvals.  Before it is too late to influence the outcome.

We should look at Delray as a cautionary tale, and learn from it.  Be careful what you wish for.  And have a plan to deal with all of the consequences of that wish.