A simple Google search of this phrase brings up dozens of responses most of which share common elements like people, public spaces, connectivity, culture, architecture and spirit…..

To that end, argument can be made to support most any conclusion any interested voice might want to reach.

Well, the President of Boca Raton’s Chamber of Commerce last week sent out a communication to Chamber members arguing that Boca Raton will not be a ‘great’ city unless and until the Wildflower space is developed as another dining experience drawing a select few to enjoy an expensive meal on what is the only urban green space available at the city’s waterfront for all residents that are currently living in and those that will soon inhabit the new living spaces of Boca Raton’s Downtown.

How predictable, but more important, how shallow….

Can anyone remember when, or if, the Chamber President has ever supported a position other than the one in this latest effort to influence the quality of life within the city’s downtown? Plea from Chamber President  ….

The argument he presents suggests that the Wildflower location was acquired and designated to be a “free standing” restaurant location designed to have the city recapture its investment in the property. This finance driven argument has been thoroughly debunked in the public debate of the last few months where no public record has been uncovered to support this false economic assertion….

Offered as the end results for the Chamber President’s ask of Chamber members are the following:

Item 1 places finance over sense of place….Again there is no evidence in the public record that finance was the driving force in the acquisition of this property. The then Mayor Susan Whelchel has been captured in a public setting stating the Wildflower would be designated as a great public space for all the residents to enjoy.

Item 2 is a conclusion with no support. How will adding to the congestion of the intersection at NE 5th and Palmetto Park enhance our downtown? Anyone who has experienced this intersection’s traffic pattern during the dining hours is aware of the congestion caused by the Trattoria Romano restaurant and its valet service. Adding to that somehow enhances our downtown? I doubt it…..

Item 3, again, a conclusory statement without support.  Quality of life in the downtown over the last decade has been impacted beyond recognition with the ever expanding development of thousands of new living quarters scheduled to come on line within the next few years. Couple this with the experienced traffic congestion now, not to mention what it will be like once these new living quarters are occupied, defies logic on a quality of life posture.

Moreover, perhaps the most egregious unexplained element is that there is not any effort to expand the downtown’s access to recreational green space for the anticipated residents residing in these newly approved residential developments; developments directed to the millennial generation who put connectivity and walkability in front of economics.

For elements arguing against ‘greatness’ just look at the building projects currently out of the ground; to wit: the Mark, the Hyatt, Palmetto Promenade; Via Mizner, etc.…

All these are built out for maximum profit to the developer with only the minimal green space requirement reluctantly provided for the resident (see Via Mizner’s phase two submittal….40% green space required, 40.1% incorporated by architectural trickery).

In a recent news article, the Chamber President asserts that if the Wildflower negotiation with Houston restaurant collapses, the business and development communities will come to believe that Boca Raton is ‘business unfriendly’. With the recent unfettered expansion history in Boca Raton, no one could ever conclude that the current direction of our city and its elected officials are ‘business unfriendly’….

Back to the beginning….What makes a great city?

One restaurant on one parcel of land as being the death knell for ‘greatness’ is a false premise.

Great cities around the world build their greatness around public spaces, around people participation; and around the residents’ sense of pride. None of these are proffered in the Chamber President’s irrelevant attempt at a poll; a poll meant to provide fodder to support his pre-determined conclusion that the only ‘business friendly’ use for the Wildflower site is another almost meaningless restaurant experience.

This shallow argument fades rapidly with even the most cursory research on what make a ‘great’ city.   So, Mr. Chamber President, do some homework and research the elements of ‘great’ cities; just read the first few paragraphs of the many internet articles….You might actually become educated on ‘greatness’….and, for sure, you will not find that a ‘stand-alone restaurant’ breeds ‘greatness’.

What you may realize is that eliminating the opportunity to create a signature public space like the Arch in St Louis, the Needle in Seattle, and the Ferris wheel in London makes Boca Raton less likely a signature community for the expansion of economic development.

Wake up and smell the ‘Wildflowers’ 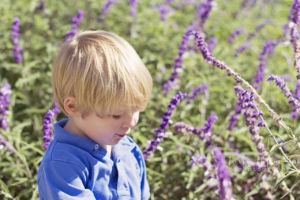 If you would like your community leaders to consider active waterfront greenspace…let them know.