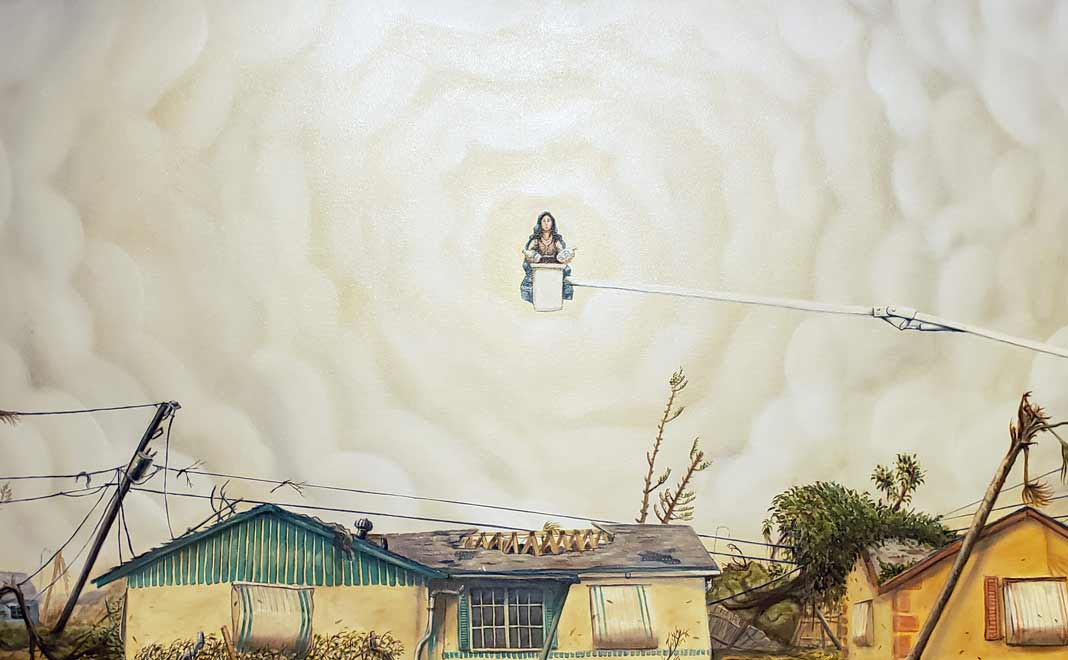 Home Citizen Opinion What Kind of Hurricane Prepper Are You?

Each year, Floridians know several hurricanes may impact their lives. Faced with a constant barrage of warnings through the media and word of mouth, you would think that all of us would respond in the same way. Many factors, though, influence how fast people react, or even, incredibly, if they react at all. Having survived three major hurricanes and countless scares, I have observed several attitudes before these tropical disasters.

First is the EVACUATOR. Often new to the state, this person has watched too many Wizard of Oz reruns and envisions a fate even scarier than Dorothy’s. Now is their time to check airline and hotel prices, with bigger spenders even opting for vacations. Braver EVACUATORS will make a road trip to save the car as well. Those too panicked to get gas or drive canvas relatives who may be willing to accommodate them.

A more established resident of the state is TOO COOL. Calm as ever, TOO COOL has already analyzed hurricane hype. ”Hurricanes are just excuses for stores to sell people lots of stuff they’ll never need. Every year it’s the same brainwashing and nothing ever happens;” this individual proclaims. Asked if they have watched weather alerts, the reply is a condescending, “Of course not! You spend the next three days buying out Home Depot and Publix; just don’t tell me about it!”

Way more flashy and bold is THE DAREDEVIL. Hurricane Day is perfect for chilling in the dorm room, evacuation zone trailer, or rental, then driving to the beach with friends to surf and “hurricane watch.” In their glory, DAREDEVILS can be photographed riding the waves or even starring in televised interviews along the shoreline. Their only planning is an early trip to the liquor store, hoping for a prolonged Hurricane Party.

More socially conscious are THE TAPERS. A day before the storm’s projected hit, they simply buy about five rolls of tape, electrical, adhesive, or painting. Assiduously moving from the outside of one window to the next, they believe the old superstition that making big X’s on windows, with one horizontal line through the middle, prevents glass from shattering. This process both elevates TAPERS’ images. With minimal effort, they devote just enough time to prove they are concerned citizens. For the final dramatic touch, they knock on a neighbor’s door to generously donate a roll or two along with a short demonstration of the craft. Then it’s right back to their favorite TV show.

Were Florida inhabited by only these four groups, there would be few homes still standing today. Miraculously, there does exist a far superior type of human, THE HURRICANE WARRIOR, PROTECTOR OF THE HOME. The first warning of a Category 3, 4, or 5 storm is THE WARRIOR’S battle cry. These residents do not want their homes destroyed and go to great lengths to keep possessions intact and their families safe and fed.

The first priority is protecting windows. Some WARRORS have expensive impact glass. More affordable are sliding accordion shutters permanently outside windows. Predating cheapest and still used. Prepared WARRIORS already have rectangles cut to the exact dimensions of all their windows, even numbered or labelled. Equally important are special Tapcon screws that can pierce concrete to secure the plywood. Some WARRIORS truly enjoy drilling Tapcons through plywood and cement, an achievement more fulfilling than changing a hundred tires. WARRIORS also wait on gas station lines, change batteries in flashlights, call relatives and friends in motor homes, stockpile ice, bottled water, coolers, and food.

Confused about which group is yours? Are you testing your emergency generator now or lining up a free crash pad? Perusing Expedia or your tool shed? One note of hope: anyone can change categories at will. Last year’s TOO COOL can be this season’s WARRIOR. Are you ready to step up?

What kind of hurricane prepper are you?