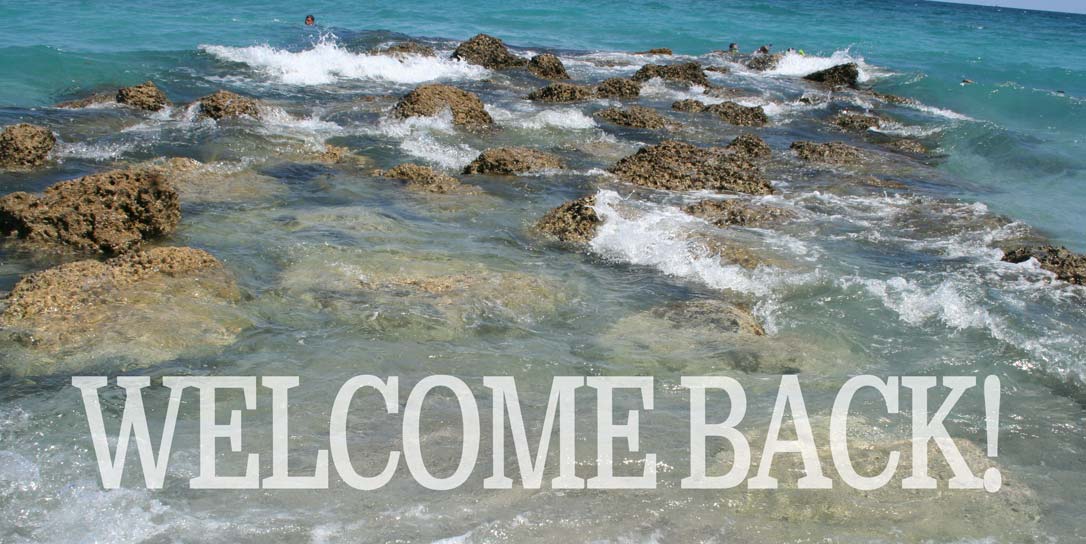 Welcome Back! A jam-packed time to return…

One wonder how the general public can possibly keep up with the sheer volume never mind the complexity. Couple this with the reported significant items surrounding the Greater Boca Raton Beach and Park District and it is easy to be overwhelmed; to quickly get to government overload.

On Monday, last week, our elected officials convened to meet as the Community Redevelopment Agency (CRA) and as the City Council for a workshop prior to the Tuesday City Council meeting.

The CRA engaged in an interesting discussion concerning “event transportation.” The discussion centered around alternatives for people and automobile movement during highly attended events in the downtown. Consideration was raised as to the impact of these events on the downtown merchants and restaurants; a good thing. Suggestions included moving some events out of the downtown to the Spanish River Blvd. area as well as preparing designated parking out side the downtown with some sort of transport system to move people from the parking area to the event location. A worthwhile discussion worthy of further exploration.

The Elected Officials should be encouraged to continue this dialogue and have staff develop an action item for implementation.  Of course, questions regarding a long-term parking solution and a downtown trolley system have remained open questions for years with little or no advancement; unacceptable.

As for the City Council Workshop, an item of greatest interest was an update on the ‘Prohibition of Medical Marijuana Dispensing Facilities. After hours of expert testimony organized by community members and including resident testimony documenting the need, the City Council, correctly, gave instructions for the City Manager to development and bring forward legislation to allow for dispensaries to be located within the city’s borders.
Kudos to the Council for reacting affirmatively to the requests and efforts of these concerned residents who have actively changed the Elected Officials’ minds concerning the myths and disinformation surrounding such an important matter. With some diligence, this ordinance should be ready in a reasonably short time for a final vote by the City Council.

Building on our Beach:

On Tuesday, the City Council convened to tackle several items of public import. Clearly of greatest public participation was Resolution No. 22-2019 considering the granting of a Coastal Construction Control Line (CCCL) variance; a variance, which, if granted, would have allowed for the construction of a four-story, 14,270 square foot structure east of A1A at 2600 North Ocean Blvd. Building on Boca Raton’s beach has been a very hot topic for years and the evening proved to be politically charged with significant legal implications.
The Elected Officials, last night, were there not as a political body but rather as a fact-finding group reviewing the ‘substantial competent evidence’ presented by all interested parties to the application. As fact finders, the myth is that these elected officials can remove themselves from hearing the concerns of the residents.

For a reviewing court, not all testimony presented meets the criteria of ‘substantial competent evidence.’ Voices of neighbors and voices of attorneys are not evidence. Evidence comes from professional presenters and/or residents with appropriate credentials to qualify.

City Staff presented first and made a powerful argument as to why this application should be denied. The applicant presented next making an equally powerful argument as to why the variance should be granted. That is the dilemma of fact-finding for a reviewing court.
The applicant’s attorney also made a motion to recuse the Mayor, Councilwoman Mayotte and Councilwoman O’Rourke arguing that these three have, in the past, demonstrated their predetermination to vote against the applicant regardless of the evidence presented. This action was predominantly made for the record to be re-visited at the Circuit Court level, when necessary. The three elected officials refused to recuse themselves, but the record was made.

Hour of testimony and resident comments resulted in the City Council denying the variance on a 5 – 0 vote; a victory for the residents who have been fighting this issue for over three years.

Kudos to Jessica Grey who has been in the fore-front on this matter and relentless in organizing community participation. Jessica has published the meeting video and comments on the “Boca Save our Beaches” website. All are encouraged to visit and watch the Council in action.

An additional item of public import was the City Council approving Ordinance No. 5480; an ordinance authorizing a SIXTH AMENDMENT (delay) to the agreement for Purchase and Sale of the City of Boca Raton Municipal Golf Course to GL Homes; a sale authorized in Nov. 2017. This item has a long and arduous political history. There are so many questionable items within this deal that one must wonder why the Council’s tolerance for delay and when will the deal be done.

The municipal golf course sale is directly and indirectly related to the Greater Boca Raton Beach and Park District. Reported Monday, Feb 25th by the Palm Beach Post is that the “Price soars for Boca’s new public golf club.” The District held its meeting Monday evening, a meeting that resulted in the District sending to the City its proposals with cost information and timelines. BocaWatch has acquired a copy of that document and will report on its content in upcoming BocaWatch issues.

Also reported in the Palm Beach Post on Sunday, February 24th is that the District’s efforts to complete and open the Gumbo Limbo observation tower will not open in March as anticipated but will be delayed for an undetermined amount of time. What has been uncovered is that the current design is not compliant with the American with Disabilities Act. The District is reported to not be sure if the entire project will need to be scrapped and redesigned. The $1.7-million-dollar budget may not be enough to provide for these additional design and construction elements…

Finally, back to the City Council and CRA….one last questionable item of import….the City’s Elected Officials took the relatively undisguised action to pass Resolution No. 25-2019, a resolution authorizing the canceling and rescheduling of certain workshop and regular meetings in June 2019, July 2019 and August 2019. Basically, reducing the Council’s activities and approvals to part time during the summer months.

This canceling is simply not acceptable. Boca Raton is no longer a seasonal city. The active items for consideration are numerous and seem to be delayed incessantly over long periods of time. The City Council’s salaries were raised recently, and part time city commissioners are ineffective and unwarranted. One could argue that more meetings are necessary not less…but certainly cancellation of meeting over a 90-day summer schedule is frivolous and contributes to ever-present delay in getting the people’s business done in a timely and effective manner.

Subjects currently being prepared for publication are status reports on development projects such as Midtown, Camino Square, University Village, Alina, and the Mandarin. Also being reviewed are the mounting lawsuits being leveled against the city and the tax payer dollars wasted by litigation instead of negotiation. Another issue of concern is the lack of action regards roadway infrastructure improvements throughout the city and the downtown. And as mentioned before, what is the status of a downtown trolley system; a parking authority solution; a forensic audit of Boca Raton’s City and CRA finances and so much more….