Residents won last night….Monica Mayotte’s victory and Kim Do’s credible challenge has now firmly established that the residents of Boca Raton have been heard. The mantra to not let big money ‘buy’ an election has played itself out three times in the last three years. The Boca Raton question preserving the Intracoastal Waterfront lands in November ’16 was victory one for the residents; not simply a victory but a landslide. Electing Councilwoman Andrea Levine O’Rourke as a ‘resident friendly’ voice on the City Council in March ’17 was victory two for the residents; again not simply a victory but a mandate. And…last night, March 13th , 2018…Electing Councilwoman Elect Monica Mayotte, a fresh new ‘resident friendly’ voice, to the City Council is victory three for the residents; an overwhelming rejection of the developer oriented city councils of the last decade. Thank you residents….thank you for setting the stage for Boca Raton to be a more ‘resident friendly’ place; a place returning to the concept of a ‘city within a park’. Quality of life has returned….Outstanding….With two strong voices now on the council protecting and preserving the interests of the residents, those other voices on the council advancing the ‘developer’s interests’ will continue to be exposed; continue to be rejected. Always remember, your vote is your voice; let your voice be heard at the ballot box. Stay alert, stay informed and do not be afraid to be heard!!!

The polls opened at 7 AM for Boca Raton’s local election, two seats on our City Council were in contention. It was a chilly morning, but candidates were up at the crack of dawn and making the rounds.

Sniffling children, muscle cars and enthusiastic supporters were all in tow, while authorized poll watchers hopped from polling station to polling station. Boca voters might not turn out in droves but the ones that do take their elections very seriously.

I spent most of my day at polling station 4138 and 4154 also know as Ascension Church on North Federal Highway. Wearing my Mayotte T-shirt and holding posters by my side, I noticed voters would either make eye contact with you or look straight ahead – a possible indication of their candidate of choice.

However I wasn’t campaigning alone at Ascension Church.

We sat together in our lawn chairs most of the afternoon, and I have to say, that was the most delightful part of the experience. Sharing jokes, memories of old Boca and current topics were all part of our day long conversation. Perfectly respectful model behavior – makes you wonder how campaigns can get so nasty because it certainly isn’t the candidates themselves.

By 7 PM it was time for a break and to meet up with my crew at the Dubliner Mizner Park for the Final Watch Party. The Joint was jumping. Kim Do and her family had a table close by, and Monica Mayotte’s supporters spilled out on to the sidewalks.

It’s never over until it’s over but when the final count came in the crowd erupted in a wave of applause. Monica had won Seat D by a huge majority and somehow we all felt like we won too.

Monica was quickly hoisted up to the table to thank her supporters and her first acknowledgement went out to Boca’s Bravest, the firefighters and paramedics who walked neighborhoods and helped spread the good word about Monica. 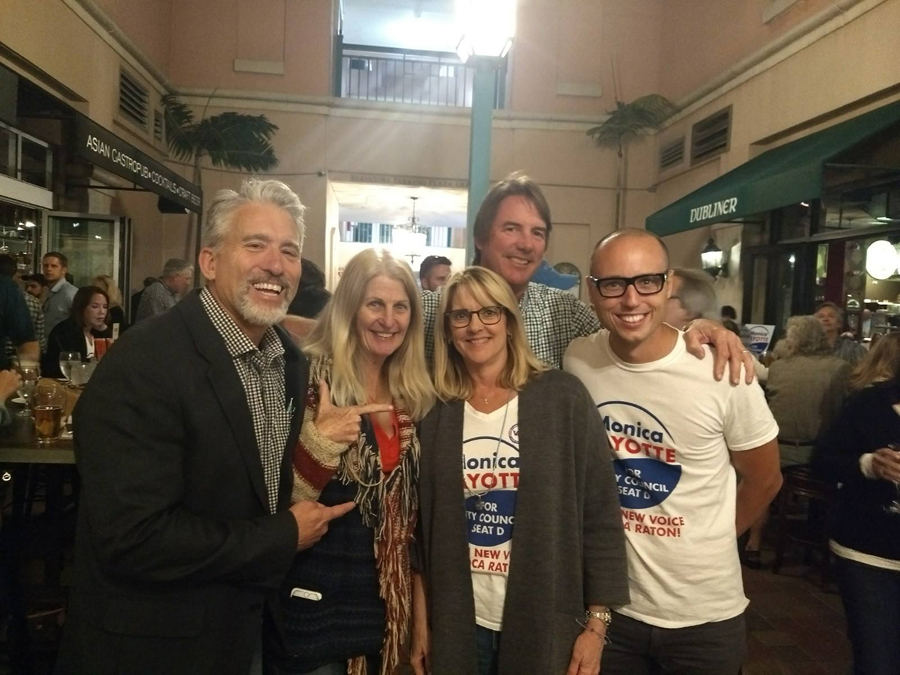 In a moment of pure graciousness and appreciation, candidate Kim Do was also lifted up onto the table. Kim’s extraordinary tally in the polls ( 45.40% to Jeremy Rodgers 54.60%) was a wake up call to the Old Guard at City Hall, it’s all about the Votes folks not the glam and billboards. 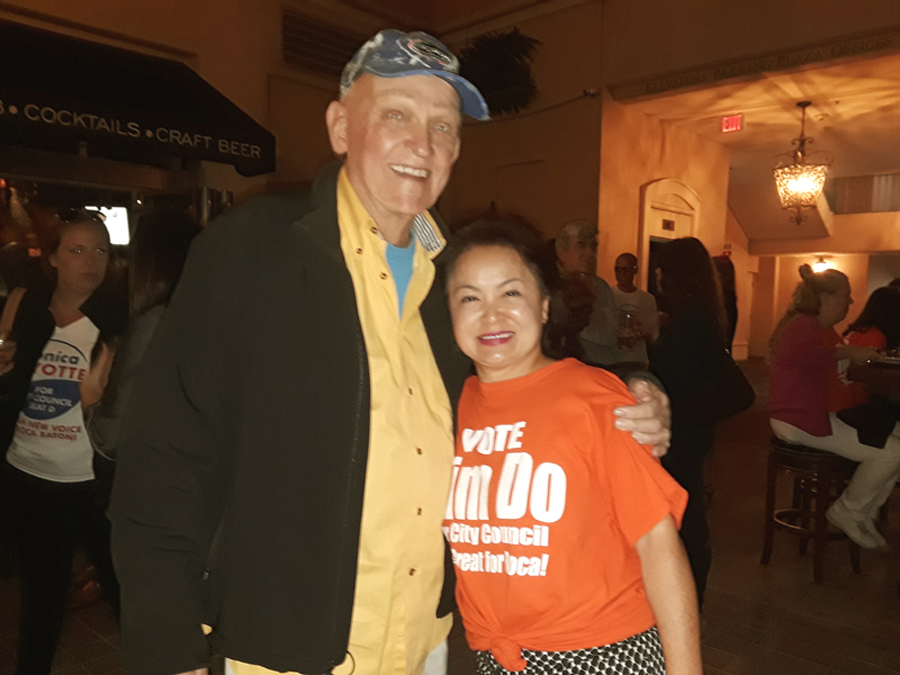 I predict a new era in Boca politics, we now have two resident voices on City Council, Andrea Levine O’Rourke and Monica Mayotte and that dear friends, is a very encouraging prospect. 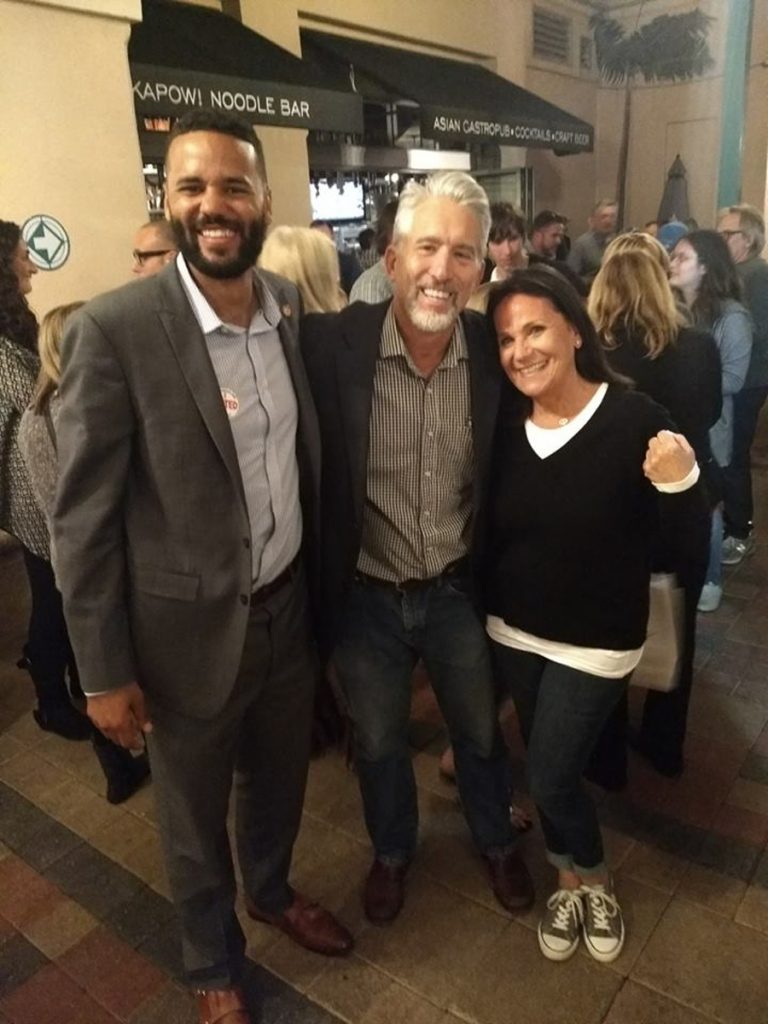