We have three approvals pending before a massive concrete structure brings irreversible damage to our pristine coastline.

Since the Florida Department of Environmental Protection granted a permit to proceed with construction at 2500 N. Ocean, your City Council has begun to re-review the outcome of destroying our beaches. During a Council Meeting, last week, Deputy City Manager George Brown (see Manager Brown’s memo to City Council below)  discussed the next steps in store for 2500 N. Ocean in Boca. 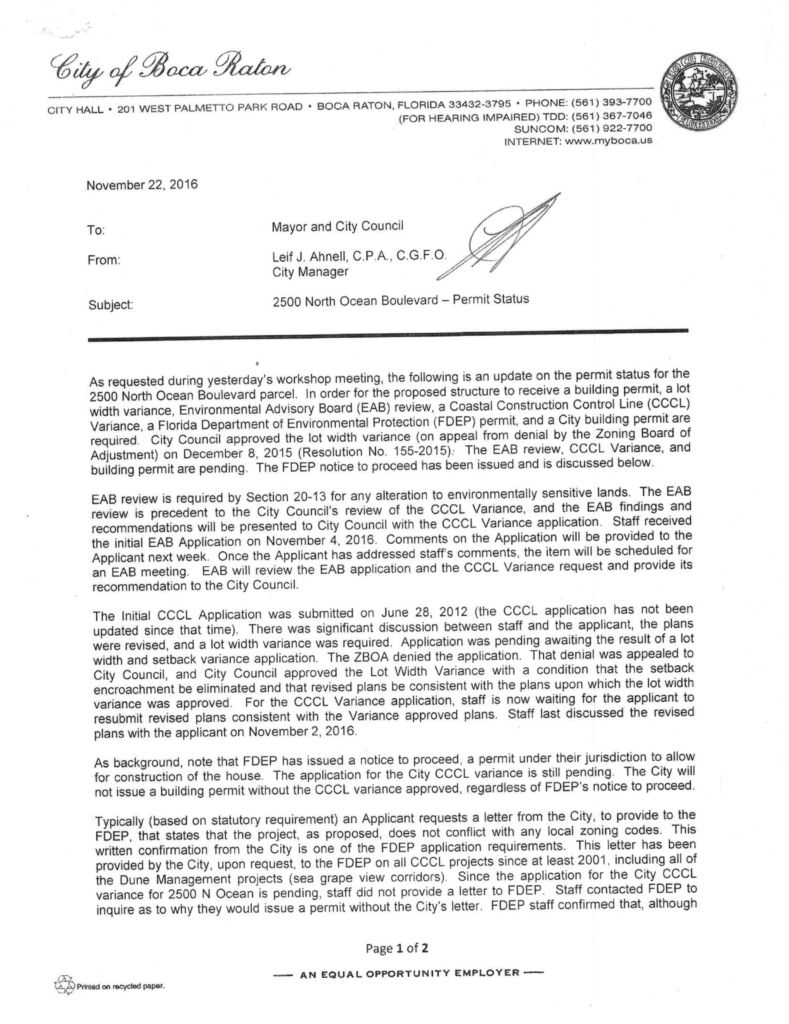 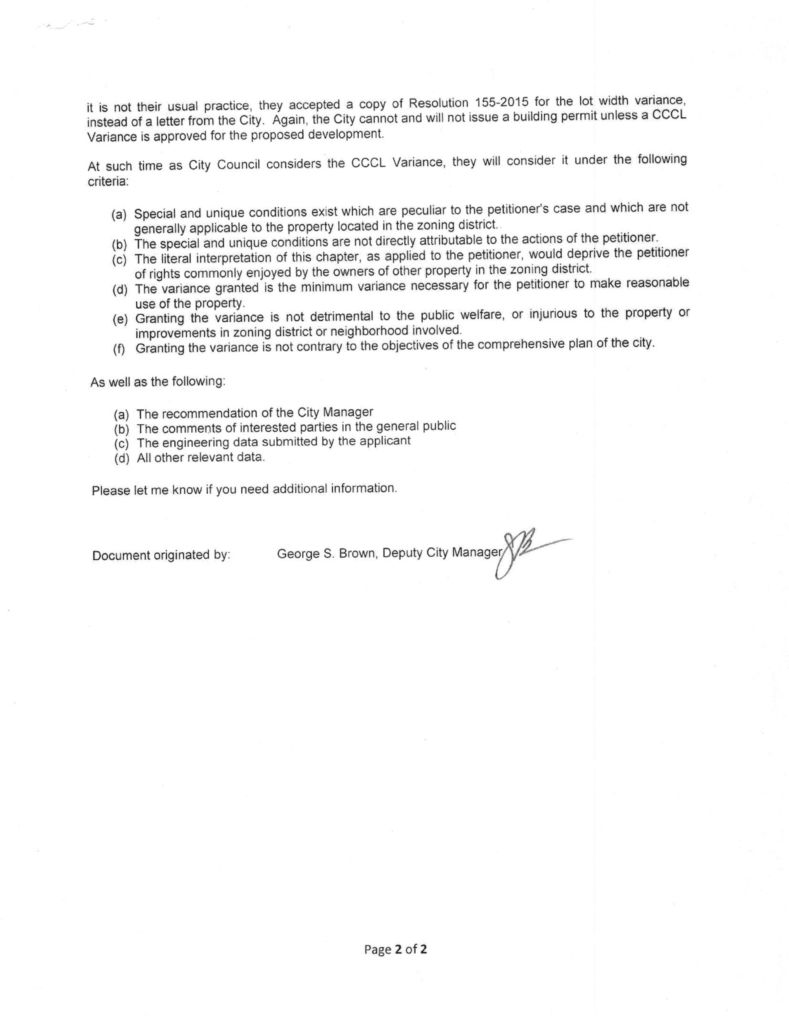 Since the Council’s approval of the lot variance in 2015, the Environmental Advisory Board in Boca Raton will need to approve building on top of the sand dunes, followed by a CCCL variance. In June 2012, an initial application for the Coastal Construction Control Line (CCCL) was submitted by Natural Lands, LLC – the owner of the 2500 N. Ocean Blvd. parcel which is still pending approval. Plans were revised since the initial application; City staff is now waiting for Natural Lands LLC, a well-known Miami developer, to resubmit the updated structure plans reflecting the variance that the Zoning Board of Adjustment denied twice.

City Council claims to have granted the variance to Natural Lands LLC simply for the fear of a lawsuit due to prior variances advanced to developers on undersized lots. Members of the City Council declared that the state would never approve development on the sand dunes… Now, two items approved, three to go.

What do you think about the development in Boca? The place we call home where others vacation…

What we now know and did not know before is that there is still opportunity to prevent this pending tragedy to our pristine beach.

This is a fight worth fighting….It is ultimately up to our five elected representatives, the City Council, to act on behalf of the residents…the time is now….

Remember, your voice is your vote; let your voice be heard now and at the ballot box in March…