Home Boca Raton Development The Midtown Visioning Session: This Is What Happened 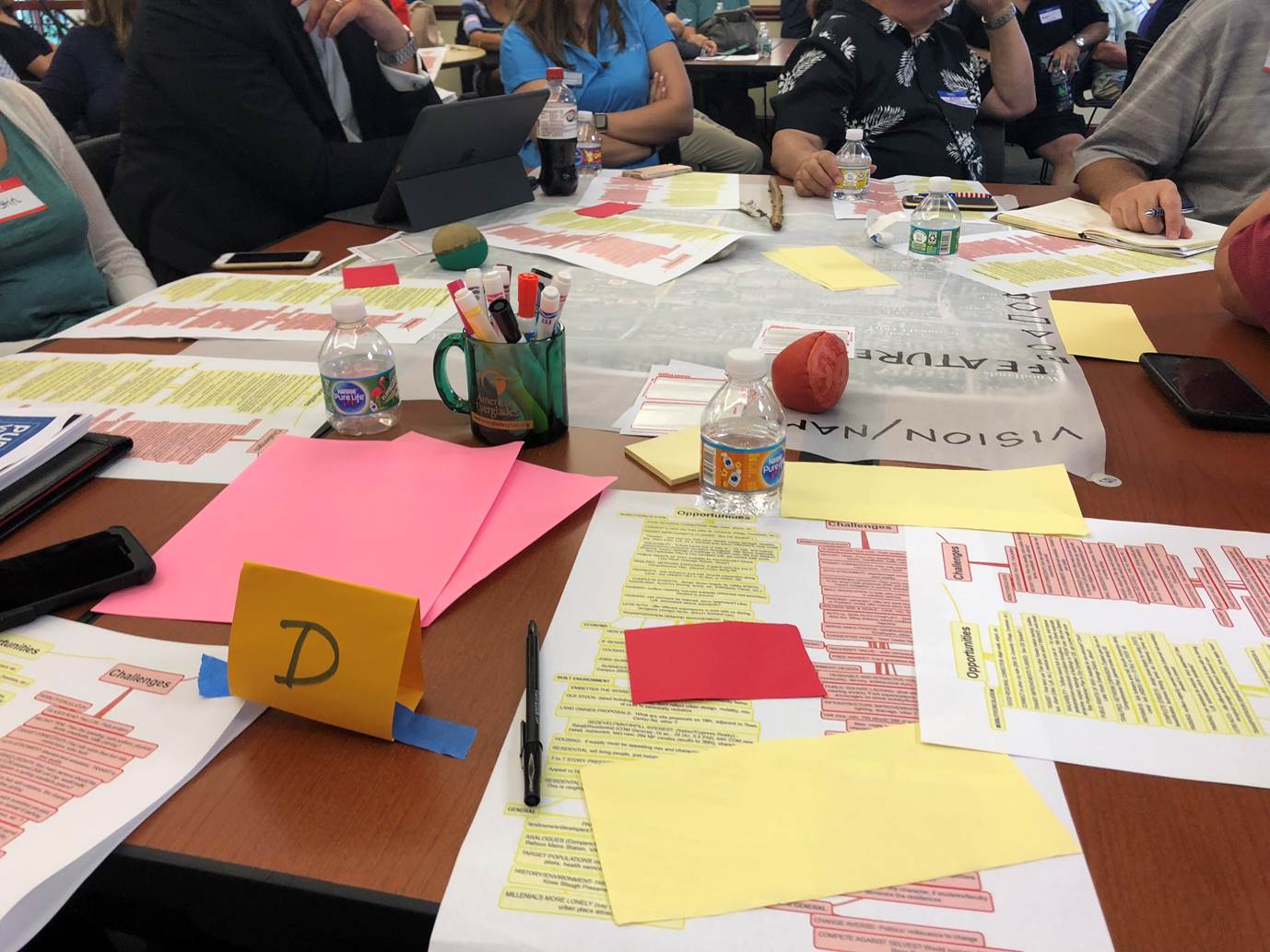 Here are two accounts of what happened at the Midtown Visioning Session.

The following is a description provided to BocaWatch by Michelle Grau:

Last night, I merely thought we were going to voice our opinions whether we were in favor of this project or not.  Apparently, this project is moving forward, and  I didn’t realize that it had gotten to this stage of discussions on a plan they haven’t even approved zoning for. Also, having only included 6 tables of 10 as members of the public voice, is hardly a data set to extrapolate the sentiments of ALL the concerns of Boca residents from.  I asked one of the City employees if there was a way for residents who were not able to attend, voice their comments.  He gave me his business card.  His contact information is at the bottom of this article.

The VP of Boca Racquet and Sailing HOA said her community was not notified, and I spoke with our community HOA, in Les Jardin, and they didn’t even know what Midtown was.  Also, Timbercreek showed up, who I spoke with last night, they said they just heard about Midtown yesterday.

First exercise was interesting.   Write 2-3 words of what this project means to you, (or something of that nature) on 2×8 yellow pieces of construction paper that the moderator placed on a Board.  He categorized them into 3 areas.  I don’t remember all of them but these were some that I remember.

I would have liked to have added a comment “Boca schools are already over capacity and we don’t currently have room or a plan to place new children who are moving in.”

Also, maybe they could have added something about what is a Planned Mobility District.  I never heard this term before.  Do they really expect our kids to live without cars or 1 car/family.  I have 2 millennials at home who share a car, which they fight over, and trust me, they like their freedom just as much as we do.

Are these millennials going to use bikes when it rains or walk to the mall when it is 100 degrees outside?  When we lived across the street from St. Andrews School, I thought when we moved into the community, they would walk to school so I could free up my day.  Nope, I think they walked home 1 day!

And one more thing – No one likes public transportation!  People were joking that’s why the TriRail representatives never arrived last night.

Last night’s Visioning Session was promoted well by the City and by this website. The turnout was large: standing room only on the Mezzanine section on the second floor of the Spanish River Library. Attendees were asked if they wanted to participate in planning groups or if they just wanted to listen. This guy with two thumbs decided he was going to participate in a planning session. I signed in and sat at table E.

On the table was a giant poster map of the area, nicely labeled. It had a big yellow dotted line around the “Small Area Plan” section which was basically the Midtown area minus Town Center Mall. Over top of this glossy full-color poster was a sheet of tracing paper. Seeing this got me all excited, like we were going to play some nerdy 70s-80s tabletop game like Dungeons and Dragons. There were props on the table too: Mardi Gras beads and stress balls. Cute.

When I sat down I realized that Council Candidate Tamara McKee was already a table E participant. Also at the table was Alan R. West, my Publisher Al Zucaro, and some other very nice, concerned and intelligent Boca Raton residents. I learned more from the participants at the table, in terms of general zoning facts and future trends, than I learned from the program presenters. We had a “moderator/referee/guide” at our table who was officially part of the program. Her name was Beth. She didn’t describe her role with the city or with the planning process of Midtown, but it was obvious she was very aware of the process and the outcome desired by the planners of the event. She was nice, and patient and said I was funny, but the residents at the table recognized I wasn’t joking about things that mattered a lot to them. I was just phrasing things in a way where the ridiculous elements of it couldn’t be ignored.

I started by drawing on the tracing paper what I thought the bike path challenges and obvious improvements are but then got stopped because we weren’t at the point in the process where we should draw on the paper. The next hour was spent listening to the presenter discuss the concepts around Midtown and the process we’d be taking part in to sketch out our “visions” for how it should be.

What we didn’t see were any plans for what would be built here. We saw some buildings be suggested, similar to what’s been built Downtown: blocky, inelegant structures that would be at home in any other city. The murmurs through the crowd made it clear that was not the kind of structures residents welcomed. But these were just pictures of other buildings built already somewhere else. They weren’t the plans for what would be built here.

The giant gaping hole in the presentation was any kind of visual that would indicate to people what fitting X number of people into this space would look like. Beth told us “your plan has to include residential” even though we couldn’t agree on whether we welcomed more residents to our town.

Another uncomfortable point in the presentation was how the presenter asked us to think about slogans for the area. He brought up slogans of other cities: Key West’s slogan and Hollywood, FL’s slogan. But he never asked if we have a slogan. We still do: “A City Within a Park”. Or maybe people have forgotten that slogan?

I thought it was a glaringly obvious declaration of negative space implied in the work, telling in a sense that the presenter dared to bring up slogans while avoiding the one that makes this whole exercise seem anti-Boca: a big reason I moved back here from Hollywood: to live in “the City in a Park”, the place where the dreams of Don Capron and Gordon Gilbert were put into action to define the quality of life I treasure. How will it be green? How will it be lush with shady trees? How much green space will it have?

So did anyone really have a chance to supply a resident vision that included keeping the zoning exactly the way it is, not adding more residents? No. The “visions” we were allowed to record were strictly defined by the exercise monitors. The requirements given to us were that we had to show where residential units would be ideal to go. The entire planning exercise was based around fitting residential units into the space one way or another.

The developer from Cypress was there, the people that own the bowling alley and Nippers space, but I didn’t see anyone representing Crocker Partners. It would have been nice to see Angelo Bianco show up and collaborate in the visioning, something lots of us expected was going to happen but didn’t. I wasn’t alone in feeling that the whole exercise was somewhat weird feeling and pointless in his absence, in the absence of the guy who has been the lead on the Midtown effort. This was the guy whose sketches we wanted to see – not our own.

Some of the groups, including mine, got to present the work their team did. When I saw the other team’s plans I was grateful Beth, our table monitor, kept our team’s tracing paper orderly. One team drew concentric circles that looked like Atlantis. Another included traffic circles. Another team’s tracing paper notes looked familiar, almost like Jack McWalter’s whiteboards.

They had cookies and water so people didn’t pass out from hypoglycemia and dehydration. That’s always greatly appreciated.

Was it a success? Did it make concerned people less concerned? Let us know what you think.