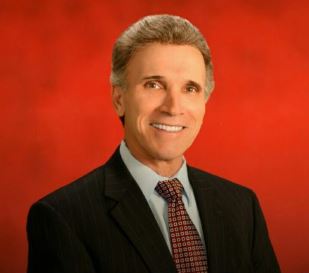 This article was originally published by Al Zucaro on BocaWatch.org, preserved here now for historical purposes.
If there are questions or concerns with the content please e-mail info@4boca.com. 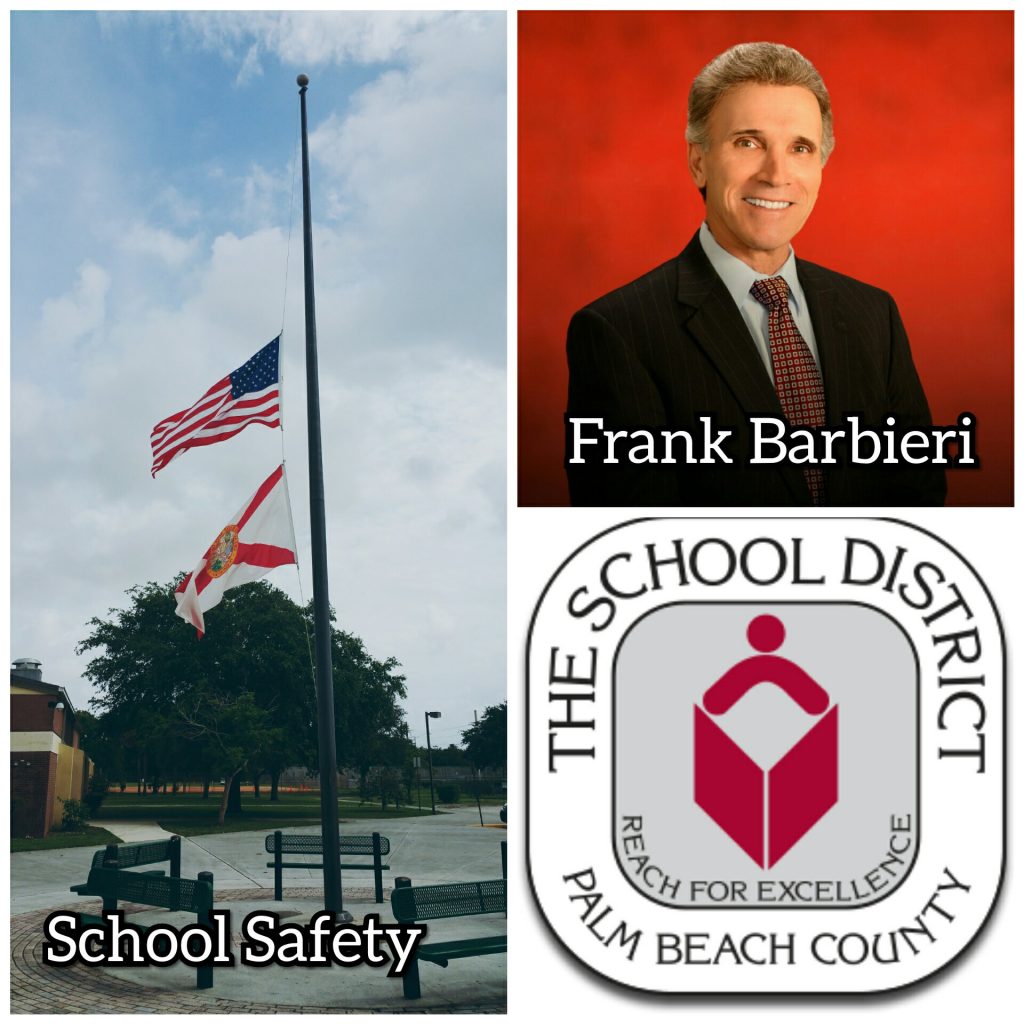 Mr Barbieri, I know you mean well since I think you have grand children in boca schools but we here in boca are tired of being lied to regarding over crowding and now school safety. Please tell your new guy to stop his PR campaign of how safe BC schools are. Nothing has changed. A resource cop stops by and than goes and sits in the shade. We have organized a parent and grand parent org to come up with the truth. Nothing has changed. And now you people want to pass a property tax increase to pay for 75 more cops and tie it to teacher raises. You are going to hold our kids hostage unless ….I find this to be disgusting. I plan on doing many more videos on school safety or lack of. Boca Watch plans on providing the truth. – Jack McWalter

This is the response from Mr. Barbieri:

Mr. McWalter, if you’d like to meet with me, I’d be pleased to do so – off camera, privately, and free of the press – so that there is no accusations by anyone of playing politics. There have been too many instances of playing politics with the safety of our school children hanging in the balance.

You are right. I do have grandchildren in our schools here in south county. I worry about their safety every single day as well as the safety of the other 195,000 children who attend schools in the Palm Beach County School District – the 10th largest school district in the United States.

But let’s get to your other allegations. You indicate you’ve been lied to about school overcrowding and safety.  As far as I know, no one employed by the Palm Beach County School District – certainly me included – have lied to anyone about the overcrowding of the Boca Raton area schools. Almost every one of the schools located within the city of Boca Raton are at, or exceed, their intended capacity. That’s no secret and is exactly why I fought and won a decision from the District to have the very first of the 7 schools being rebuilt in the District being located here in the city of Boca Raton.

Those two schools, Verde and Addison Mizner Elementary, will be built larger as K-8s instead of their current K-5s to not only allow for more elementary school children to attend, but also allow for middle school-aged children to attend to relieve some of the overcrowding at Boca Raton Middle School. Those two schools are planned to be open for business in August, 2020 and August, 2021, respectively.

As you know, the City has also made available to the District vacant land next to Don Estridge High Tech Middle School, and I am pleased again that I was able to get the District to agree to build a brand new elementary school, also with a planned opening date of August, 2020, on that land. That is the first new school that has been built in all of the Palm Beach County School District in the last 10+ years.

The District is planning to add 6 new modular classrooms to Calusa Elementary to help relieve the overcrowding at that school which follows a very public and controversial Calusa boundary change made last year shifting children to other elementary schools outside of Boca Raton city limits.

As to Boca Raton High School which is very significantly over its “as built” capacity, there is no room on the property to add any classrooms or, for that matter, the additional parking that would be needed. The District is requiring all students who attend that school to re-register for the 2018-2019 school year with proof of residency in an attempt for the District to identify “boundary jumper” students who attend that school, but live within the boundaries of other high schools. The District has also stopped allowing any out-of-boundary students from attending the choice programs offered at Boca Raton High School.

I have been to dozens of meetings to answer questions as to all of this including addressing the matter before at least four City Council meetings and/or workshops, as well as the Federation of Boca Raton Homeowners Association meetings and the multitude of PTA/PTSA and SAC meetings at the schools in Boca Raton. I serve as an ex-officio member of the Boca Raton Education Task Force and, in that capacity, make sure that the Task Force gets all information it requests from the District to complete its task.

There have been no lies on my part as to the overcrowding. It exists and it exists with a vengeance. The Boca Raton schools are all top-rated schools and young families are moving in droves to long-existing – not newly built – developments in the City where older folks are moving out in order to send their children to those top-rated schools.

The schools have, as of late, been used as a political football in political gamesmanship between the “pro-development” people in the City and the “anti-development” people in the City and I, for one, believe it’s unfair to our children to use the schools as a political football. There should be no room for politics with respect to the safety and education of our children.

As to your allegation of being lied to about school security, I’m not sure who you are accusing of lying. I certainly have been up front and honest. I have answered every question that I’ve been asked truthfully.

As I have told everyone who has asked, the District retained the services of outside experts to review all of our security protocols and to give us advice and recommendations as to changes or enhancements that should be made. A separate comprehensive review of safety protocols at all our 186 schools is also underway and based on preliminary findings, hundreds of security enhancements are in process and scheduled to be made during the summer and thereafter to correct deficiencies. The State has mandated that we have a law enforcement officer at each of our schools even though the State did not provide adequate funding for us to do so, but the District is, nevertheless, taking steps to comply with that mandate.

You suggest our schools are not safe. There are no schools anywhere that are safe from the condition of the heart – the human spirit – where students are so broken that they shoot up the same school that they attend every day and shoot at the same students they share classrooms and lunch tables with each day. A student will spend about 1,000 hours at school and ten times that at home, yet we are held responsible for their brokenness, their mental health, their behavior and, ultimately, their crimes.

Can we ever make our students safe from the problems of society, poor parenting, mental illness, drug addiction, neglect, social media, and a culture of media violence? We certainly can’t do it alone – we are at the table working for every solution within our control, but who will check the teenagers social media tonight? Who will take the phone away and do a spot check of the bedroom to check for journals that record homicidal thoughts? Who will tell their child that wearing a trench coat in 90 degree weather is not normal, and who makes sure parents who own guns lock them up?  Who will make sure the 12 year old is not binge watching “13 Reasons Why” and other media that glorifies self-harm.

Education – most particularly – our public education system is what made this country the most prosperous country on earth. But public education is no longer a priority in this country.  We live in Florida where education funding is 48th out of 50 states and ask school districts like ours with 186 schools and 195,000 children to take schools that were built as inviting community schools and turn them into prison-like facilities where the inmates are the kids and the “visitors” are the bad guys. But rest assured, Mr. McWalters, that the District is, in fact, doing everything within its power and funding ability to make our schools as safe as possible.

Mr. McWalters, you reference our tying the tax proposal to teacher raises. The Palm Beach County School District hires between 1,000 and 1,400 teachers each and every year. Do we have that many teachers retiring each year, you might ask? No, Mr. McWalters, we lose 50% of our teachers within the first 5 years after they are hired. They can’t live on what they are paid. They become disheartened by the way they are treated. And they become exhausted in their effort to cope with ever-increasing demands placed upon them. They not only give their blood, effort and tears, but recently they have been giving their lives protecting the children in their classrooms from gunmen intent on killing them.

I’m shocked – but grateful – that each year we have applicants for those teaching positions. But it’s becoming more difficult each year to attract enough qualified candidates to take on the awesome responsibility of teaching our children – and the State Legislature doesn’t seem to care enough to provide school districts in Florida with adequate funding to operate our public schools despite the fact that the Florida Constitution mandates the State to do so.

When I was a kid and got into trouble in school, I begged my teacher not to call my parents because I knew that when I got home, there would be severe consequences for misbehaving in school. Teachers were once highly-respected. If the teacher said you “did it” or gave you consequences for misbehavior, there was no question at home that you did it or you deserved the consequences. But in today’s society where parents believe it is more important to be their child’s friend than their child’s parent, the teacher doesn’t dare call home. Today, the children are always right, the teacher is always wrong, and threats of a lawsuit are more often than not, part of a parent-led conversation.

In most other first-world countries, teachers are treated with dignity and respect and are highly compensated. They are revered because they are recognized in those countries as being the most important professionals in society. When will we here in this country remember that there is no other profession which can exist without the teaching profession. When will we in this country recognize that the only gift a child can receive in life which no one can ever take from that child is the gift of an education and that, Mr. McWalters, is a gift that comes from the heart of a teacher.

So, Mr. McWalters, I reiterate my offer to meet with you to discuss all or any of your concerns so that when you publicly opine on the condition of the schools in my district, you have a true understanding of what is fact and what is fiction.

Special thanks go to Mr. Barbieri for taking the time to address those of us concerned about school safety. There’s a lot of recent emotion around the need to keep kids safe; anger, fear, confusion and helplessness have parents and students on edge. We at BocaWatch would prefer any one-on-one discussions that occur between Mr. McWalters and Mr. Barbieri are shared, recorded, and made available to those of us who are stakeholders in the process too: students, parents and faculty. It’s we who benefit from your keeping the dialogue going.