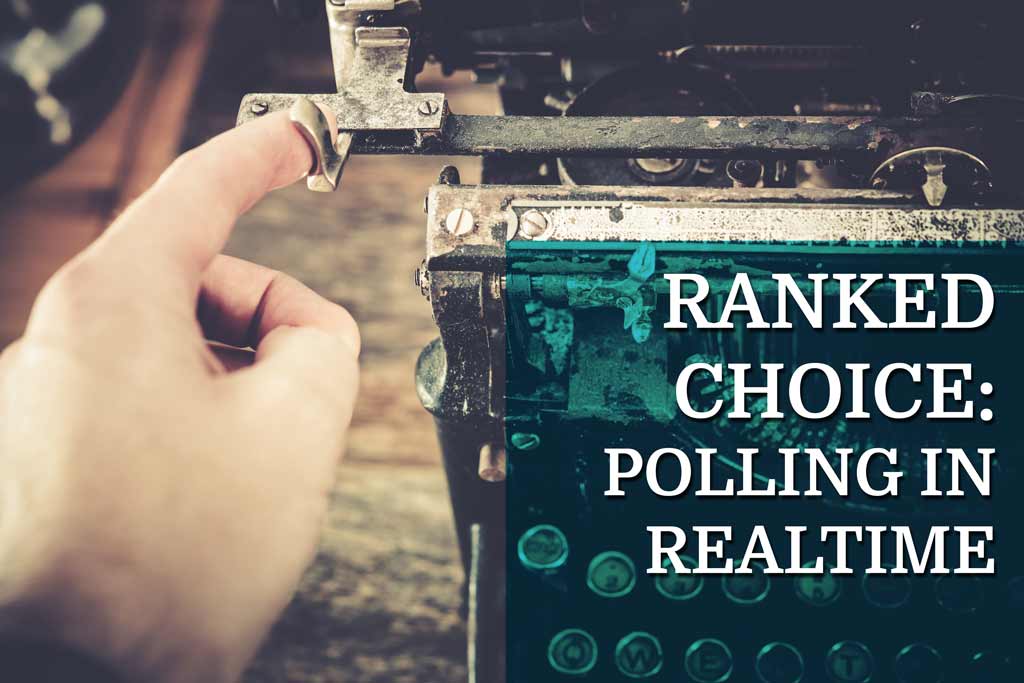 Ranked Choice Voting is a method of choosing candidates where voters submit a primary and secondary choice. Then through a process I’m not going to explain here right now, the winner is chosen using both the primary and secondary choices. This is different from our more simple voting process wherein voters only choose one competitor from each race. Running a poll that displays instant results for a ranked choice election becomes a challenge, but it isn’t impossible.

An Example of a Ranked Choice Poll

Here’s a poll that you can participate in using the three most likely candidates for the next Boca Raton Mayoral Race in 2020. This poll will run for one month. The results will be used to demonstrate how ranked choice elections work. Choices are presented in random order.

Pick your primary and secondary choices:

This poll is over.

It was a challenge trying to figure out how to engineer a poll around ranked choice election. The biggest obstacle to doing it in a real-time poll is that there are two questions. If these two questions were asked separately there would be a big limitation: real-time results would not be able to display how many people chose the specific set of primary and secondary candidates. If we only showed, for example, how many secondary votes Bernie Korn got that wouldn’t show us whether most of those votes were from people who picked Singer or O’Rourke first.

The solution: by putting the combinations of candidates together in one choice it gives us the ability to show real-time results AND the granularity of how many people picked one candidate as primary and who their choices were for secondary.

Come back in a month and the results obtained from this poll will be used to illustrate how the ranked choice determination of the winner was calculated.