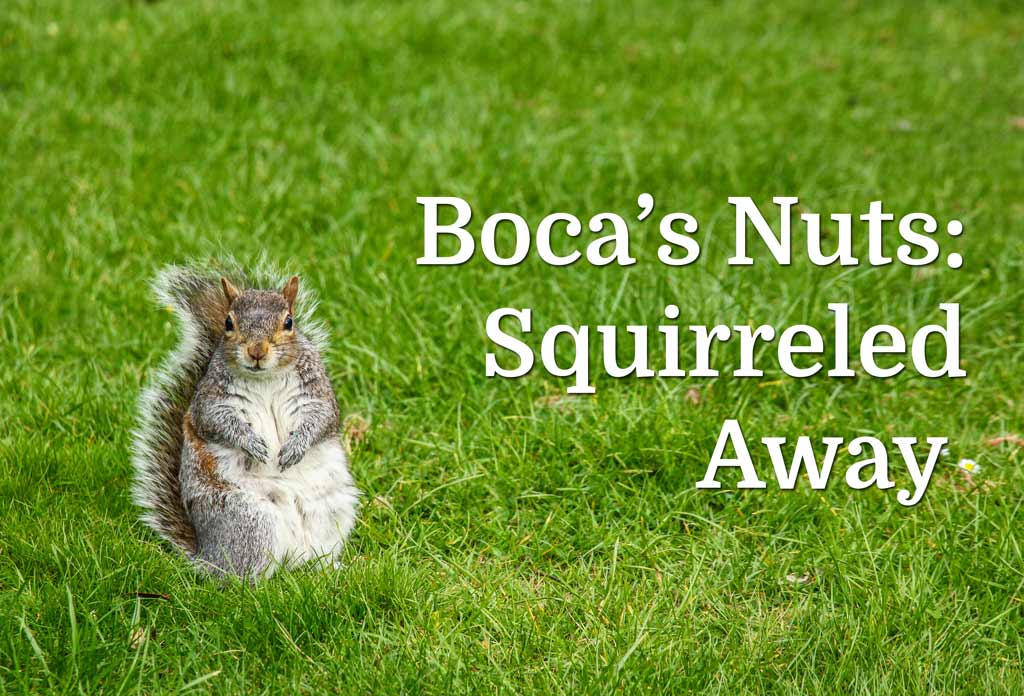 Boca Raton’s current elected and appointed officials are a cautious bunch. Perhaps they are still reeling from the political changes that have swept our city over the past four years: a Mayor removed from office and awaiting trial for corruption; a park referendum which upset the City’s plans for a restaurant on the Intracoastal; the election of two City Council Members who are not beholden to developers (and the near election of a third); the growing outrage over traffic, parking and too much development—the list goes on and on.

Who wouldn’t be cautious in such a political environment?

But when it comes to spending our money, many would argue that our City Council and Administration are overly cautious. Squirrels save nuts for the winter. Government officials piling up tax dollars because they can’t figure out what to do with the money is just nuts.

So for those who are fiscally challenged, here is the bottom line: Boca Raton currently has excess reserves of over $254 Million dollars. That is the number I consider ‘excess’ from the 2018 CAFR; that number grew from $224 Million in 2017. I am not talking about reserves that are needed for Capital Projects or Debt Service and so on. Boca continues to collect more in revenue than it spends and puts more money in reserves than it needs.

Our excess cash reserves will approach $320 Million if one factors in the future sale of the Boca Raton municipal golf course. This $254 Million is basically just sitting there, earning very little interest. Our city’s blended average portfolio yield increased from 0.61% in 2017 to whopping 1.08% in 2018. Just to remind you that our prior City council voted to sell the golf course because it was losing $200,000 a year. I bet GL homes will be laughing all the way to the bank. We could buy 4 golf courses with this ‘excess’ amount. It’s a problem that cities like Chicago or Newark would love to have, but for Boca it’s like saving for a rainy day in the desert.

So here are some suggestions :