Home Topics Mizner 200 Revisited – The Developer Has Been Listening…

Due to a lack of time available at last month’s Federation of Boca Raton Homeowners Association meeting, representatives of the proposed development known as Elad’s Mizner 200 returned to complete their presentation for a well-attended audience. Not only did the architect and land-use attorney complete the presentation, they brought forth a revised plan that incorporated suggestions from the community’s last meeting.

While the project may be criticized for its enormity, the plan has met development guidelines and city code, pretty much across the board. The improved plan has been altered to give the appearance of three separate buildings with low-level structures connecting all three. As explained, this creates two see-through sight lines toward the Boca Resort and beyond. Additional enhancements were accomplished through reduced building mass and increased setbacks.

While these actions are welcomed by many, the residents of neighboring Townsend Place expressed their legitimate concern of diminished property value for those units located closest to Mizner 200. That remains to be seen.

The bigger story is the commendable effort made by this developer to reach out and work with the community to create an improved outcome. 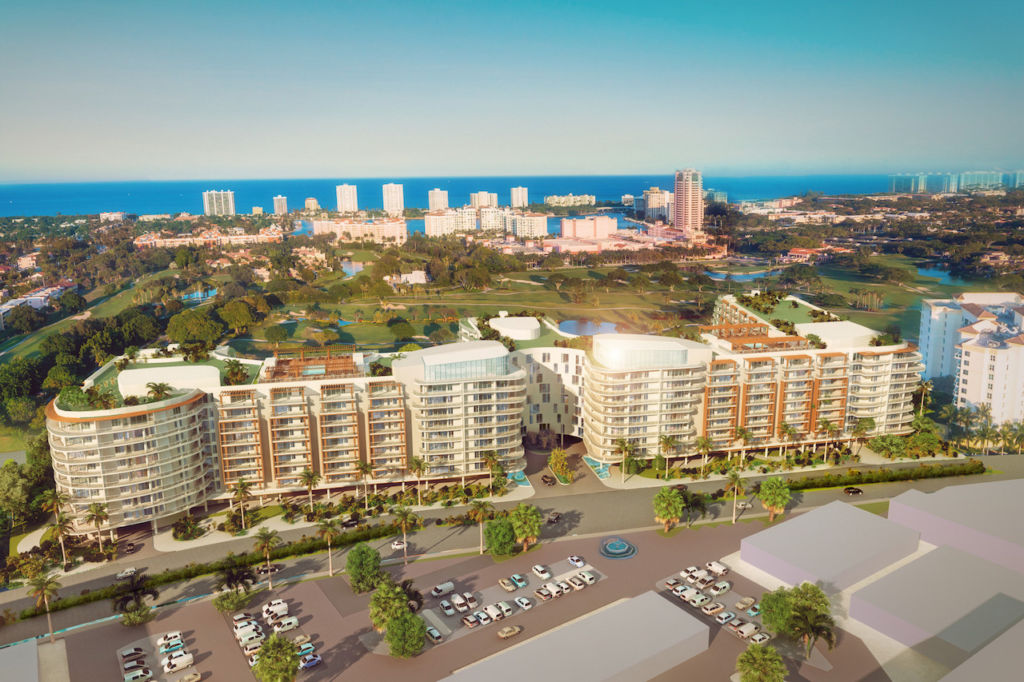