This article provides an analysis of voting results to the precinct level from the March 14, 2017 Boca Raton Municipal Election. The information used in the analysis is provided in spreadsheet format by the Palm Beach Supervisor of Elections (PBCSOE) 1 for each of the three contests and is sorted by precinct number. With 37 voting precincts in the City of Boca Raton, it is difficult to analyze results from the spreadsheets. BocaWatch has summarized the three spreadsheets in graphical formats for easier study.

An interesting metric that the PBCSOE reports for each precinct is the number of over and under votes. An over vote in this election occurred when a voter voted for more than one candidate in a contest; whereas an under vote occurred when a voter did not vote for any candidate in a contest. There were very few over votes and a large number of under votes as shown in the following table.

In summary, this article analyzed the three contests in the March 14, 2017 Boca Raton Municipal Election to the precinct level. To make it easier for readers to understand the election results we provided them in a graphical format. 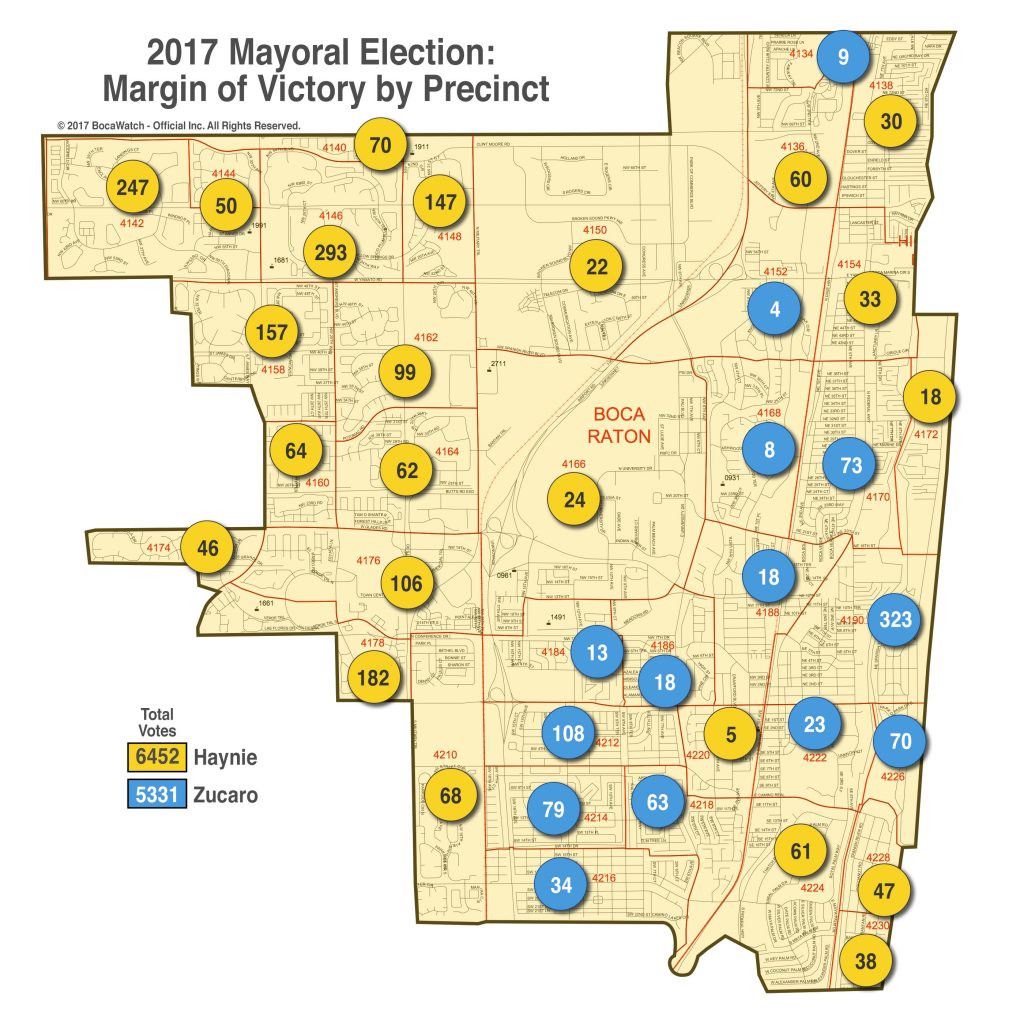 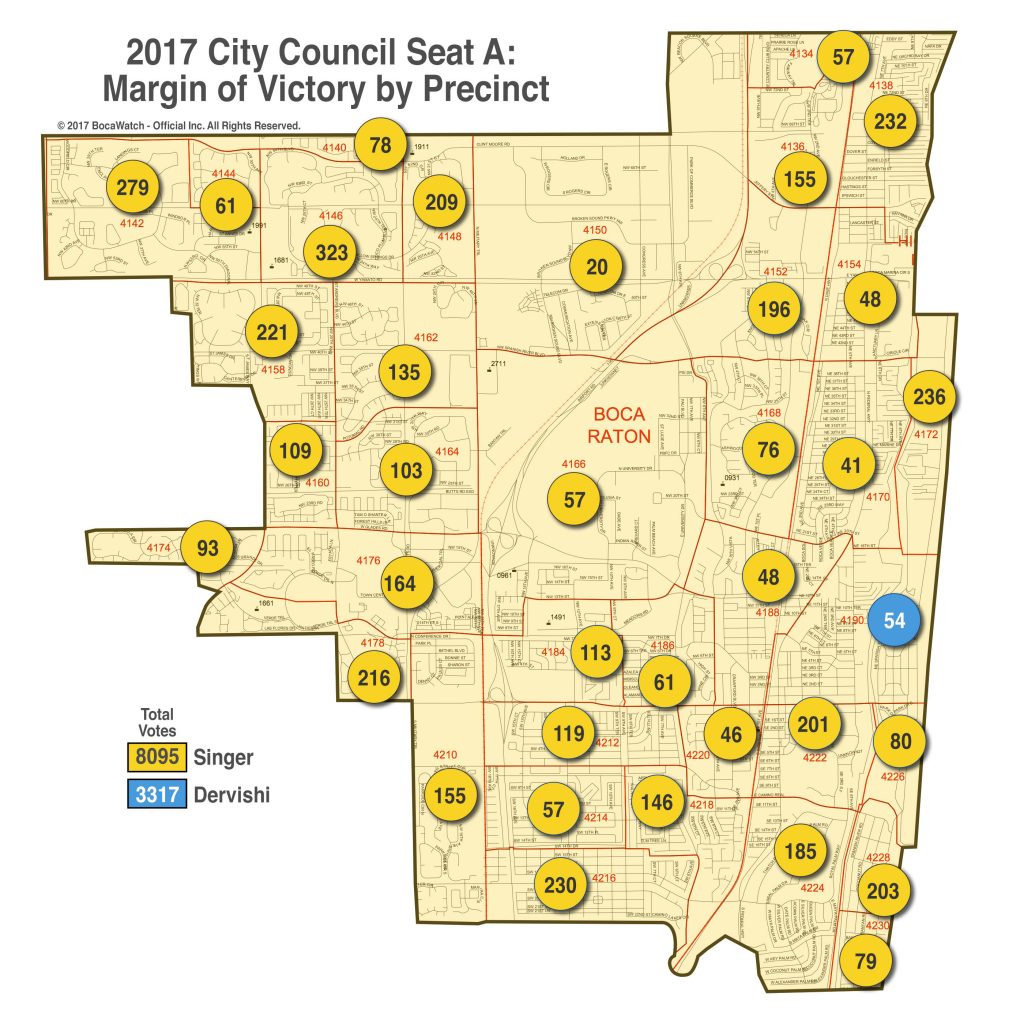 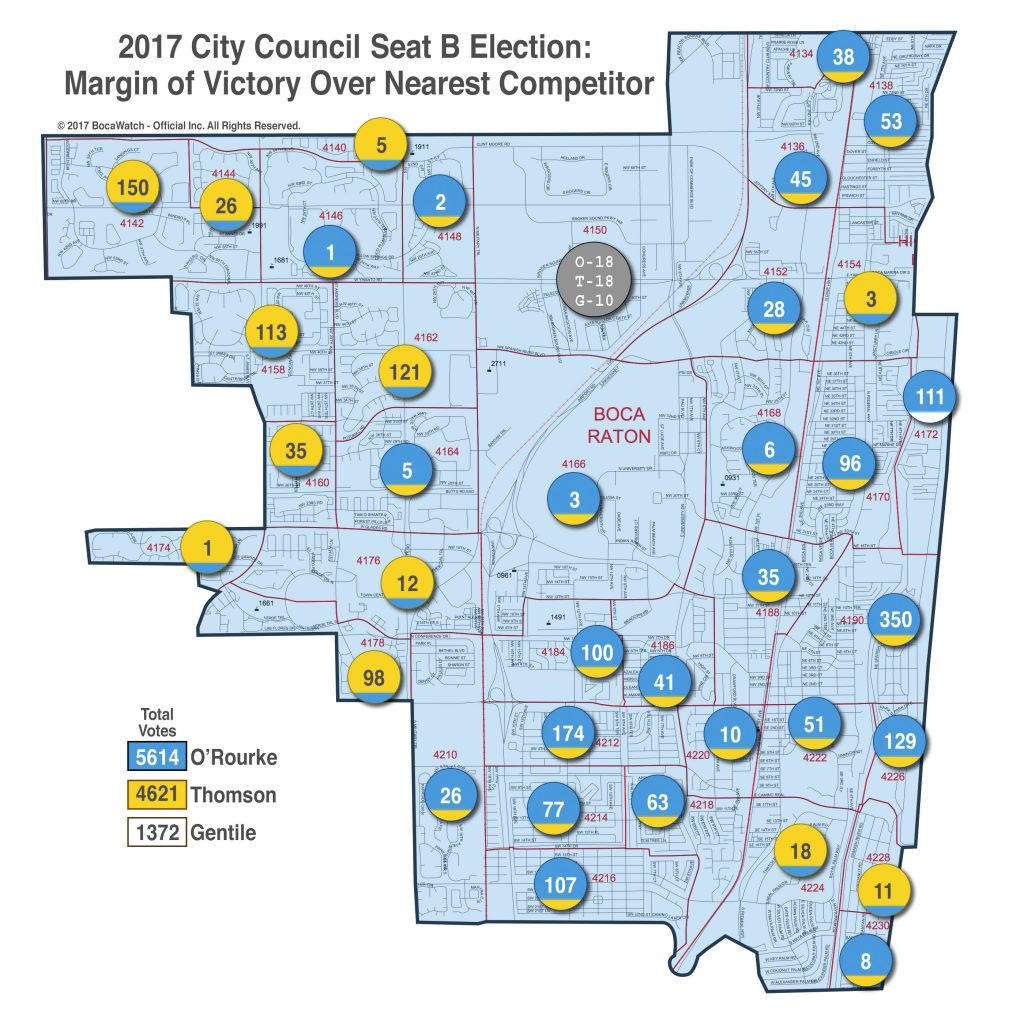