Next Month, at the yearly visioning session being conducted by the City of Boca Raton, we have an opportunity to start the process of making Boca Raton more FAU friendly. In my many years since being an FAU student and, now, as a member of the Alumni Association there has been little progress toward making the city a better experience for members of the FAU community. While the city provides awesome beaches, there could and should be so much more.

I have graduate degrees from two universities, in cities whose off-campus environments for students couldn’t be more different. When I attended Arizona State University (MBA 81) Mill Avenue in Tempe was like a seamless extension of the university. Students don’t need cars to enjoy Mill Avenue and close-by recreation. The City of Tempe is very walkable and bikeable and students enjoy the numerous university themed restaurants and bars. Students can walk to Tempe Town Lake, which has amazing recreation opportunities, including watersport rentals.  Tempe is very welcoming to the ASU community and after Sun Devil football games everyone heads to Mill Avenue to keep the party going. 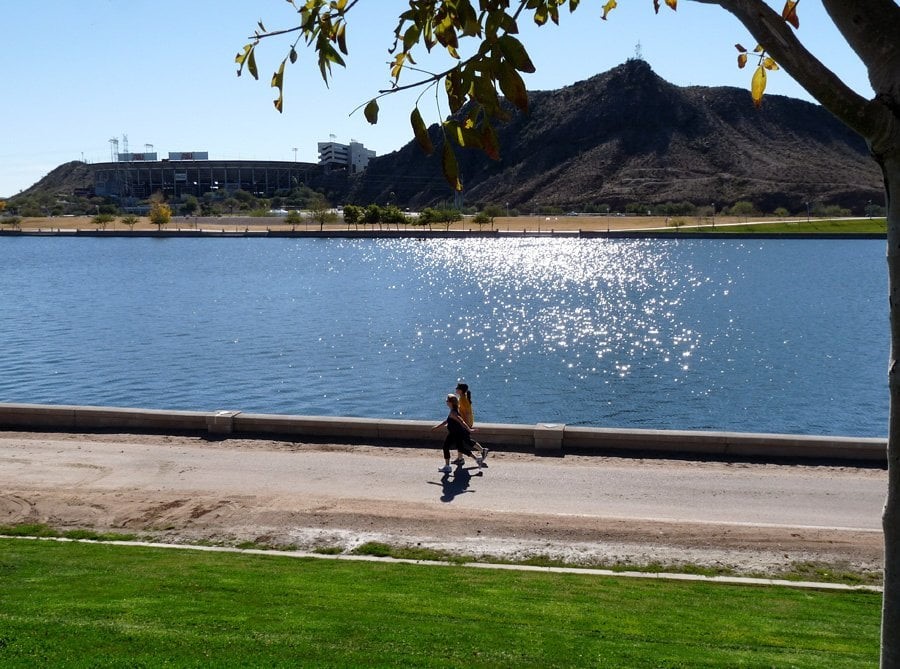 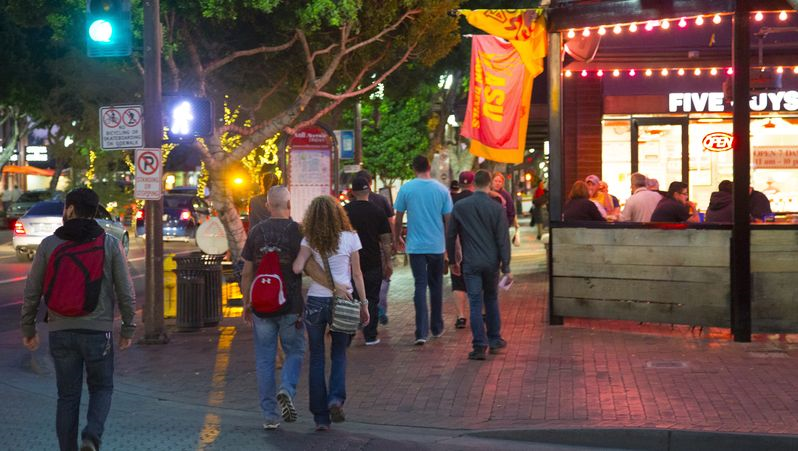 When I attended FAU (MSCE 04), on the other hand, there seemed to be a social firewall between the university and Boca Raton. Since I graduated, the campus has made tremendous progress including the new stadium, recreation facilities and new dorms. The alumni tailgates are super and the stadium is amazing, but after football games we get in our car and head home. It should and could be so much better.

20th Street in Boca Raton could be like Mill Avenue in Tempe. It is reachable from the FAU campus by walking or bicycle. The Intracoastal Waterway could be like Tempe Town Lake with watersport opportunities like kayaking and stand up paddle boarding and just hanging out on the waterfront.

What is preventing Boca Raton from providing a better experience for the FAU community? The answer is a city council that is all talk and no action. City council members have talked for years about enhancing 20th Street for FAU enjoyment, but little has happened.   This must stop!

Another example of the problem is the current city council’s attitude toward recreation. For five years Boca Raton residents have requested that city-owned lands along the Intracoastal Waterway be dedicated to recreation. The city council has resisted the residents’ requests and within the last year proceeded to start the process of commercializing the lands. The first attempt was to develop an expensive restaurant on an open piece of city-owned land (the Wildflower parcel) on the Intracoastal Waterway. To prevent this, the residents took the decision away from the city council with a referendum in November, 2016. The FAU community supported the Boca Raton residents and the referendum to preserve the lands for recreation passed by a 2-1 majority. It has been over four months since the referendum passed and the city council still has no plan to move forward.

Isn’t it amazing that just prior to recent elections for Mayor and Council members, a big push emerged for a comprehensive waterfront visioning session?   Perhaps this should be commended, perhaps not.  If history is a gauge, we all will be old and gray before the vision becomes a reality.

Past visioning sessions have resulted in numerous yet unfinished priorities; the successful resident referendum continue to see a padlocked fence preventing access to the waterfront ; and, the Chamber of Commerce, by its own admissions, continues to exert its influence to commercialize the Wildflower site as well as other city owned intracoastal waterfront lands.

On April 3rd the City will be holding yet another visioning session to come up with a comprehensive plan for the Intracoastal Waterway lands.  Residents are being called upon to once again participate and let elected officials know the ‘will’ of the people.  There is an old trick in local politics where if you keep moving things down the road eventually the resident grows tired and the political elite get their way….We, the resident have come to far over too long a period to let this happen.

In the March election, the residents have now placed two voices on the city council that are major supporters of ‘recreational’ use on the waterfront.  All are encouraged to contact Councilmembers Andrea Levine O’Rourke and Scott Singer and commend them to continue their demonstrated efforts for the creation of a vibrant, exciting waterfront experience.

Now let’s all of us help these Councilmembers, these two advanced thinkers on the City Council, to encourage the other elected officials to support the resident’s wishes and desires as paramount over those voices that would turn every green patch into a concrete slab.

THE TIME IS NOW….Please pass this on and remain involved!