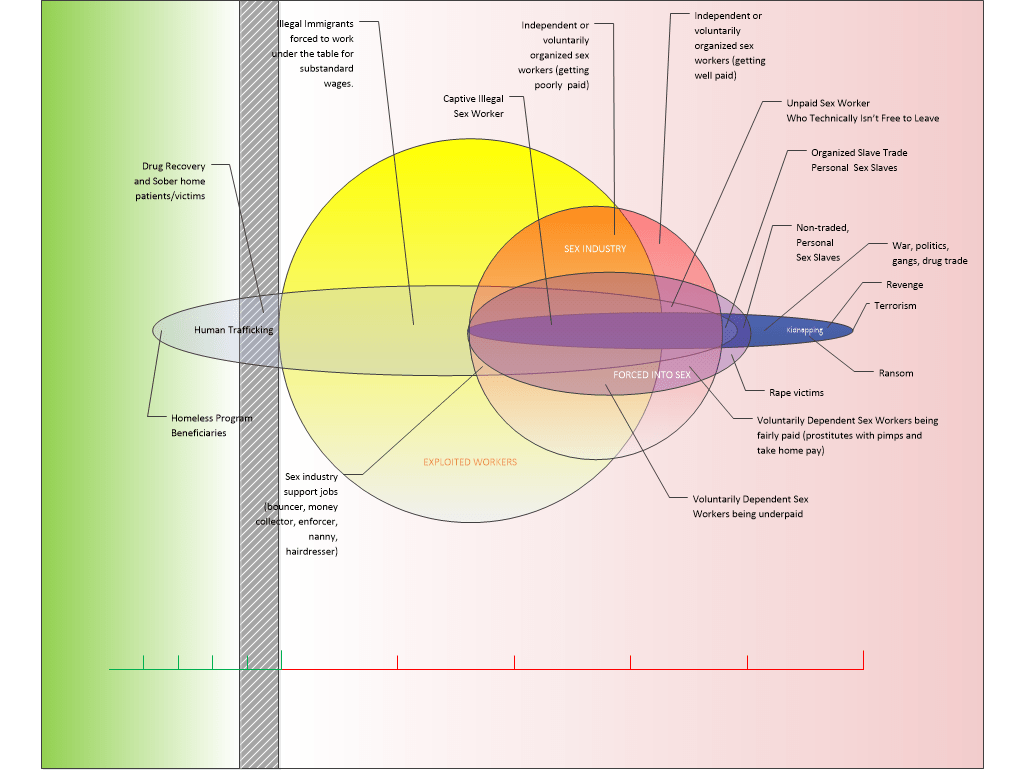 The recent nearby arrest of Robert Kraft, thankfully not within our city’s borders, has brought a lot of attention to the problem of human trafficking in South Florida. Former State Senator Maria Sachs spoke at the Gold Coast Tiger Bay Club’s March meeting and explained what human trafficking is, what it isn’t, and how much it impacts South Florida. It’s now being discussed in mainstream media but was previously a hot potato that got peripheral attention at best. So far there’s been little precise definition of what it means and less agreement when a precise definition is attempted.

[WARNING: This article contains subject matter that involves some of the worst crimes and is therefore disturbing. It is not recommended for children to read without parents reading it first.]

Lack of attention towards human trafficking makes this wound in society fester worse. An equal measure of judgement and compassion leads to an understanding around the problem. Analyzing the entire spectrum of behaviors around people being bad to one another in a manner that relates to human trafficking opens the discussion for what human trafficking is and what it isn’t.

In Maria Sach’s speech to the Gold Coast Tiger Bay Club, she affirmed that prostitution and human trafficking were not necessarily synonymous. However, some people hold different views and argue that they are.  Some debate that every form of prostitution is human trafficking in one way or another. The law, in contrast to that perspective, defines them as distinct. Engaging in one is a misdemeanor while engaging in the other a felony. She cited the example of the arrest of Robert Kraft, a football guy.

The Media Spectacle Around Robert Kraft

The language being used in news stories about Robert Kraft has changed from using the term “human trafficking” in the case around Feb 26th to now including the terms “prostitution” and “solicitation”.

Instead of Robert Kraft being a “human trafficker” as was initially implied, a serious felony, now the charges have dwindled down to misdemeanors that could only result in community service.

What’s the difference? What is human trafficking and how does it differ from plain old prostitution, the misdemeanor level offense?

What’s the definition of human trafficking?

Google has a definition for human trafficking, the first one people searching for it will see :

the action or practice of illegally transporting people from one country or area to another, typically for the purposes of forced labor or sexual exploitation.

The Department of Homeland Security has another definition of human trafficking that’s less restrictive:

Human trafficking is modern-day slavery and involves the use of force, fraud, or coercion to obtain some type of labor or commercial sex act.

I am not an expert in human trafficking, nor do I claim that my understanding of it is necessarily accurate or absolute. I’m not attempting to engage in the debate of whether prostitution is morally correct or incorrect to legally restrict or legally permit. The impetus for creating this diagram was simply a lack of anything like it that I could find: technical distinctions. I was unable to find something that drew distinctions between what human trafficking is and what it isn’t, especially how it might differ from prostitution, the misdemeanor.

Both as a tool for the general public to understand and as a benefit to politicians who need to speak more critically, more credibly on the topic, this Venn Diagram can be the basis for the beginning of the honest discussions around what human trafficking is and what it isn’t.

The farthest right of all activities, kidnapping for terrorism, is not within the spectrum of human trafficking, for example when the Iranians took US Embassy staff as prisoner. That particular example was so heinous and intolerable that it involved international military action.

Kidnapping for revenge or ransom aren’t cause for international military action but the penalties convicts face for these crimes are among the steepest. “Kidnapping” also occurs routinely on the battlefield as prisoners are taken. Our nation’s engagement in this activity is limited by the Geneva Convention, so it’s hard to think of the taking of prisoners as kidnapping, but it technically is, and if non-soldier combatants do it domestically, for example in gangs, they’ll be changed with kidnapping.

Prisoners of other fighting forces around the world may not enjoy Geneva Convention protections and instead include civilians who become slaves. Although this is a phenomenon that doesn’t occur within the borders of the USA for lack of open combat, there are still some deranged individuals who kidnap people to become their personal captives and the motivation for this captivity is to keep the captive as a sex slave. Rape can occur with or without the victim being kept captive.

The spectrum of human trafficking covers all instances where exploited people are trapped into labor, often sex work. Likewise not all human trafficking victims fall under the definition of being kidnapped – the degree to which they’re trapped varies.  It’s the intent to trap someone into a type of slavery that characterizes human trafficking from prostitution. Not all sex workers in the USA are trapped, forced or necessarily feel exploited. Some see it as a business where what they’re exchanging is less in value than the money they receive for it. That’s the basis for any voluntary transaction, legal or not.

Where the diagram falls short…

The diagram has some weak points that are clearly debatable, for example should independent prostitutes be considered more or less legal than prostitutes working for a “brothel”.

I apologize if this discussion makes you feel demeaned or ashamed of what you do for money. Maybe, perhaps, more public discussion of the reality of what you face will make it less demeaning or shameful to you in the future? Your feelings on that are valuable to share and if you want to comment anonymously to share your experience or feelings please do. If the discussion becomes uncomfortable we can delete it and the comments around it.

Is Everyone Forced, Coerced, or Misled a Victim of Human Trafficking?

Maybe not all the time. Think “intervention program”. There are virtuous programs that are sincerely intended to help people that use force, coercion or fictions geared towards bettering victims of destructive behaviors. It’s not fair to characterize good programs using one or more of these tactics as “human trafficking”.

Towards the left end of the diagram the background becomes green. This represents that there’s activities in the diagram that are legal and a benefit to a community. I extended the oval of Human Trafficking down into this “legal/beneficial” area for a reason: some beneficial organizations and activities involve considerable donations and funds. Plus they depend on exploited, vulnerable people for their purpose and existence.

I’m not saying that homeless programs and sober homes are examples of human trafficking. On the contrary, I have friends who can testify that these kind of organizations had enormous positive impacts on their lives and will attest to their experience with them as completely sincere, nurturing and positive. What I am saying is that the potential exists in these types of phenomenon, where people are vulnerable, to exploit the helpless instead.

For that reason they should be regulated and subject to inspection in the same manner law enforcement scrutinizes clearly illegal businesses for human trafficking. These are the places where human trafficking can hide the easiest. What would be worse than unscrupulous people posing as do-gooders only to use the opportunity to fatten themselves at the cost of the exploited?