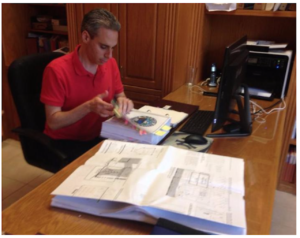 In the end the four yes votes won as they followed the game plan that has been persistent in Boca Raton for years now and granted the deep pocket developers an egregious gift of sixty percent more development rights beyond what they were entitled to on the seventy-seven acre plot of land on Spanish River Boulevard which lies to the north of the City airport and formerly known as the Lamson Property – Now designated as “University Village”.

This is no small matter. Sixty percent translates into approximately five hundred thousand square feet of additional development rights. The six hour session gave property owner Spanish River Development Partners, an affiliate of Penn-Florida Cos., a financial windfall in the form of additional property value through this single vote whether they develop it or not. God Bless America!  Councilman Singer’s remarks

Aside from Mr. Singer the Council appeared to have already made up their minds as to how the vote would go.  They obviously paid no heed to Mr. Singer’s contribution of facts. The remaining four council members were divided into two different approaches: Councilmen Mike Mullaugh and Robert Weinroth had minimal to no input when it came to addressing resident concerns. Their most important contribution being a motion by Mr. Weinroth to move the proposed action forward with a “second” by Mr. Mullaugh. Neither of these gentlemen have seen a high density project they didn’t like.

Meanwhile, Mayor Susan Haynie and Councilman Jeremy Rodgers made efforts to work on preserving the higher density designation the developer requested and offered amendments to assuage some of the resident’s lesser concerns.

An alarming aspect of Council’s four votes in favor of the petitioner is the fact that these Council Members voted for approval without knowing the “who, what, where, when” of this project. There was no testimony given as to what would be the final components of the project, where the components would be located, or when it would be built.

“This was a significant moment in determining how development will proceed in this city, and I’ll be reviewing any similar proposals with great care again to protect our residents and processes.”  Scott Singer

What Was It All About?

The Lamson property has had an interesting recent history. Long time Boca residents may remember this parcel of land to have had environmentally sensitive land in some areas, which are still there. In addition, it was a favorite place for dirt bike enthusiasts to get their thrills. An aerial view of the property still shows those trails.

Per Palm Beach County property tax records it is discovered that in January, 2005 the then named Boca Raton Community Hospital purchased the land for twenty five million dollars. At the time, noted land use attorney Charles Siemon was the Chairman of the Board of Trustees and was instrumental in orchestrating the purchase. Within three months after purchase of Lamson Mr. Siemon resigned his position with the hospital in what was called “a clash of visions over the hospital’s ambitious expansion efforts” (Sun Sentinel April 8, 2005). The hospital ultimately sold the property at a significant loss in 2013 for fifteen million dollars to Mr. Siemon’s current client, Spanish River Development Partners. Mr. Siemon has also been the driving force for pushing the concept of Planned Mobility Districts (PMD) throughout the City, which concentrates high density/intensity in designated areas of the city.

In 2013 Mr. Siemon gained approval for the Lamson property to be developed with an FAR (floor area ratio) of .25. Basically, this is a measure of density/intensity for land usage. The greater the number, the greater the density allowed and thus the greater the potential profit for the owner/developer. In typical fashion of always asking for more, Mr. Siemon has now come back a mere two plus years later with the request for added density of .40 FAR.

But Wait! There’s More! As Mr. Singer pointed out, with this approval the property is “malleable” into mixes of usage leaving the citizens in the blind as to what the project will ultimately be and what demands on infrastructure may occur. With a majority of City Council as his willing participants Mr. Siemon can ask for the moon and the Council will throw in the stars.

Suffice it to say that the biggest prize for the owner of the property during the current proceedings was to capture the greater density. Aside from flexibility in development, all else was trivial by comparison. For Mr. Siemon and company it was “mission accomplished”, much to the dismay of residents with legitimate concerns.

Residents Do Themselves Proud

The residents who turned out to express their concerns over the increased density and specific features of the proposed development made an impressive showing. They filled the Council Chambers with an overflow crowd and with a sign of unity; the neighbors donned the color red. More importantly, the well-organized group put forth a commendable tone of reason and presented rational, knowledgeable concerns about; density, intrusion into their neighborhood, a questionable traffic study, removal of a forested buffer between their property and the project, and quality of life issues among their main concerns. Those who spoke pointed out that the massive property has only one point of entry and exit. This is a major issue for a property of this size as it forces significant traffic loads onto Spanish River Blvd. 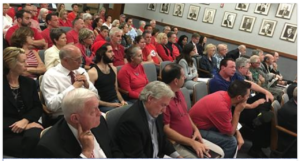 As usual, the Council, on the main issue of increased density/intensity (which the residents previously and agreeably acquiesced to .25 FAR density) did not hear the resident’s voices. If the residents hold on to their passion during the next election cycle, they may have the opportunity to change the dynamic of developer control on all things Boca.

It appears our current City Council continues to be the gift that keeps on giving to the development community. Now that the precedent has been set you can look forward to greater density and the ills that accompany it as being the standard for all of Boca.

The only ray of hope for stemming the tide of high density sits with Councilman Singer and to a lesser extent Councilman Rodgers. Interestingly, Mr. Singer has gone to great effort to hear the voices of residents through his series of “Coffee and Conversation”. While Mr. Rodgers did hold a Town Hall meeting many months ago, he is overdue for more of these open formats.

Mayor Haynie, Councilmen Weinroth and Mullaugh have never shown any interest in engaging directly with residents in an open format. The record at City Hall indicates they are willing to meet regularly with members of the development community and their votes indicate they are willing to do the bidding of developers. For now, that’s the way our City rolls. 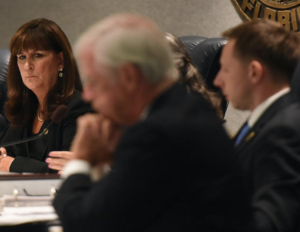 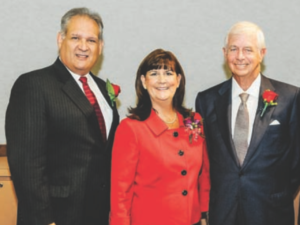 Next City Council election is March 2017.

Mayor Susan Haynie – Up for Re-Election

Councilman Scott Singer – Up For Re-Election