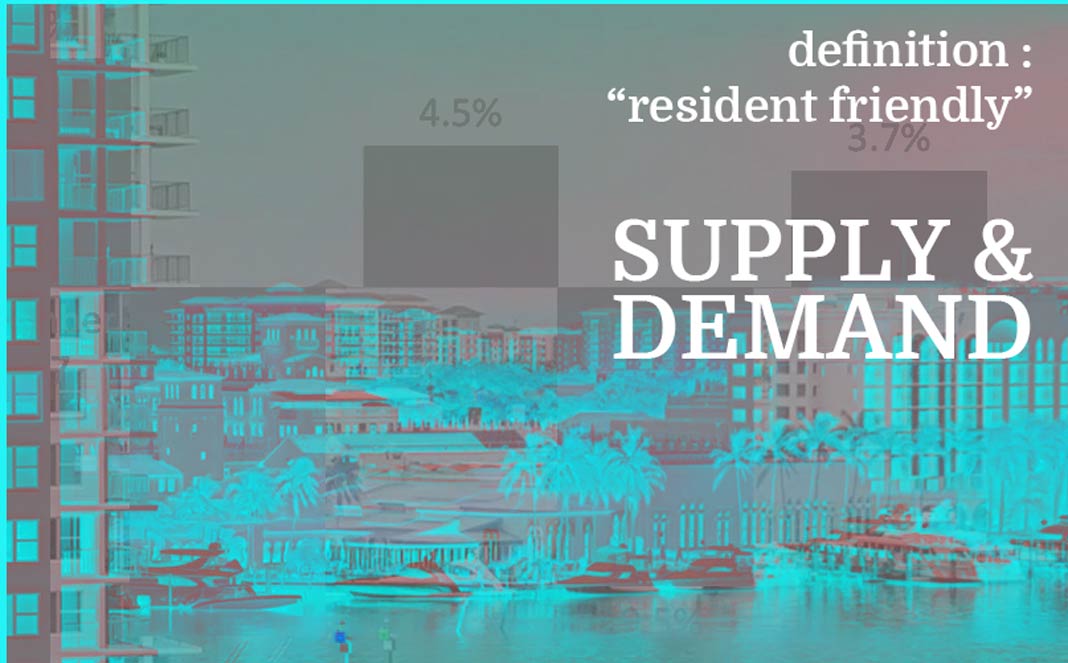 This site has evolved into a self-proclaimed “resident friendly” place. Resident friendly can have many definitions, and no-one can say for certain what is or is not resident friendly. Subjectivity reigns. I think, however, that there is a metric that can define those words.

Developers are gamblers. They look at a project with the sole purpose of making money, lots of money. Nothing wrong with that. It is the American way. So, let’s look at a make-believe project. A developer acquires one or more contiguous city blocks. He believes he can make a fortune by building an apartment building or condominium. His (or her) architect designs the biggest, largest, most unit building allowed under code. Perhaps even more than code by requesting variances, either before approval or perhaps after.

And so, this massive building is built. To some it is nice looking, to others ugly. It is not important, what is important is its usage. If the apartment building immediately fills, and occupancy approaches 90 or 100 percent, it can be argued that the housing was needed, or wanted; that people wanted downtown housing and therefore by logical extension this project is ‘resident friendly’ since 100 percent of the occupants are, or become residents ! Conversely, if the project fails to attract occupants, the developer (development) fails, and you can be sure he does not build a second, and other developers take note.

The marketplace should ultimately determine what is or is not ‘resident friendly’. If all these developments fill up with new residents, should we not reconsider our demographics? Perhaps people (our ‘residents’), and new residents, wish to relocate from a suburban setting (think midtown) to an urban setting (think downtown), When locating downtown, they know there are parking issues, possible congestion, traffic, and still they come (or don’t). Allow the developers to succeed, indicated by high occupancy, or fail, the converse. Either way, in the long term, residents win. You (we) may just have to re-define “resident friendly”.

Editor’s Note: This article is a resident contributed article, graciously donated by Joe Borrow who filled out our “Submit Your Article” form. If you’re a Boca Raton resident, a student in Boca Raton, work or just love to visit, you can contribute your articles too. If you’re interested in writing a series of articles or would like to collaborate with us on the subjects we cover, fill out this form and tell us more.