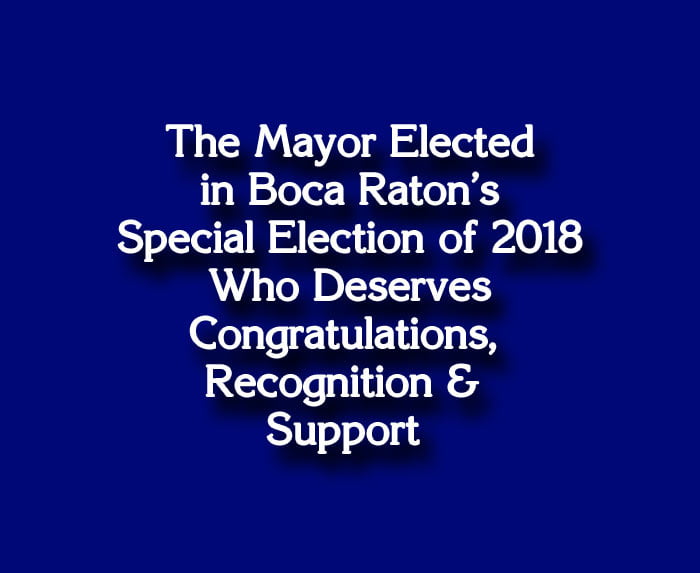 Part of our democratic process is accepting that sometimes things go the opposite of what you voted for. The majority of people might disagree with you. While there’s still need to debate, there’s also a time to accept that we all need to be part of the same team moving forward, to let differences aside, and be amicable in spite of things you’d rather be different.

Scott Singer won by a clear and overwhelming victory on August 28, 2018. It would be unfair not to recognize the difference in votes. It goes without saying that supporting Mayor Singer’s role and respecting his office, especially when it’s time to disagree with him, means supporting and respecting Boca Raton. We’ll have more elections in the future and the gloves can come off again, but now it’s time to roll up our sleeves and help Mayor Singer make Boca Raton the world class city we know it can be.