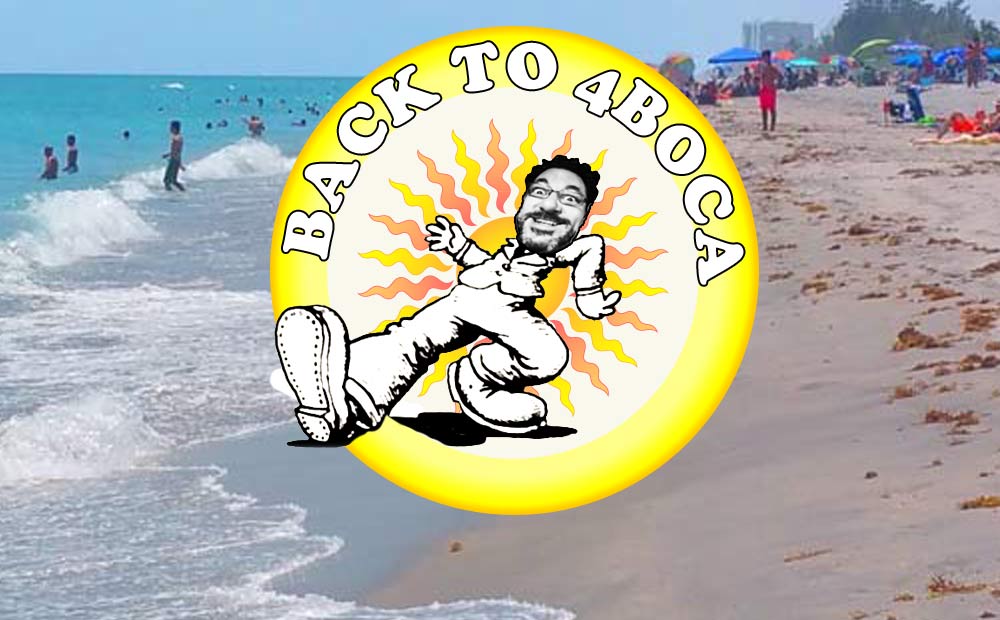 The TL;DR is I’m giving up my role as Editor for BocaWatch and focusing on local issues back here again on 4boca.com.

Since April this site has been relatively quiet. Instead of putting time into this site I was filling the role of Editor for BocaWatch.org. That was an awesome experience. Having never observed local politics as closely before – there was so much to learn. The role was more demanding than expected, had more limits than expected and has different needs than this author can give. Al Zucaro has declared his intention to pass his BocaWatch hat to someone else, so I’m doing the same.

Politics motivates all sorts of behaviors in people. For people to put their time into a local blog about politics their hearts need to be into it. When this site 4boca.com started more than a decade ago it was intended to be used for political purposes, to promote specific candidates with a bias. Then once I thought about it some more it didn’t seem like that great of an idea. So instead of writing only about politics like I had intended I decided to write about things I thought other people living here in Boca would find interesting.

One afternoon Al Zucaro invited me to lunch. I brought along a couple pages of bullet pointed issues and ideas I had for him, for BocaWatch. My intent was to simply share with him some suggestions, some ways he could make BocaWatch better. I liked BocaWatch and his efforts with it – but I was probably also one of the biggest critics from a publishing perspective. Understanding the how’s and why’s of the political content was above my head. When Mr. Zucaro offered me the opportunity to be Editor of his site I couldn’t resist. He had already been on City Commission in West Palm Beach, ran for Mayor of Boca once, and according to the rumors was going to run again.

In April, Susan Haynie was still Mayor. After charges were brought against her and she was suspended the City announced a Special Election, the election that was just held on August 28th. So basically, with my role in BocaWatch I signed up in peacetime and a month later I was in a war. BocaWatch had often been accused of being intensely biased towards select candidates. From an audience building perspective, being recognizably biased seemed counter-productive, and harmful towards the candidates being promoted. I had expressed a strong opinion against negative politics, particularly with a digital audience, and urged everyone I was attempting to assist to read my articles, tell me where I was wrong, and explain to me the gap in my understanding.

I saw negative politics as nothing by a way to shoot yourself in the foot – the bigger your megaphone the more of your foot will be missing. I was there to provide the expertise I could about the things I had experience with, but I had never worked with people who knew politics before. I was the student as much as I was the Editor. Every time someone wanted to publish something negative about one candidate or another I cringed and did it reluctantly, not just because we were only doing it for select candidates, but by being negative about the opposition I felt that we were hurting the candidates who the volunteers preferred.

When I started at BocaWatch all of the candidates seemed like nice people to me. Even certain officials who got in trouble with process and the law didn’t strike me as villains. I measured the value of negative politics against my civic minded neighbors this way: if it didn’t move my needle, didn’t make me feel much outrage, how effective is it going to be as a political message for voters? I can’t pretend I’m motivated to be negative about my neighbors.

So will I cover political issues here? Yes. I will. However I don’t think my neighbors, especially the ones running for office, deserve anything more than non-biased analysis of the political scene. I lament the state of our national news and our local news doesn’t impress me much more. Bias is rampant, killing the credibility of the industry and making audiences crave other sources of being informed. I want to know what’s going on. And if I figure it out I’ll share it with you.